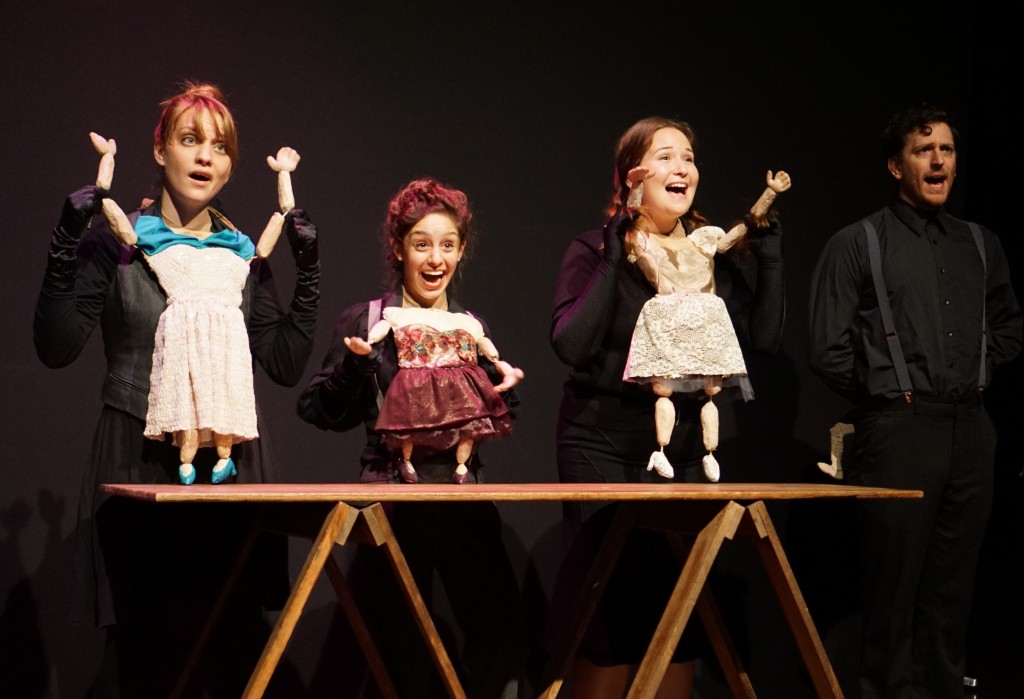 Rough House Theater’s “Sad Songs for Bad People” is titled correctly although, truth be told, I do not feel like a particularly bad person. Then again, anyone who enjoys hearing sad ballads focused on heartbreak and grief must be at least a little wicked. By that standard, then I am one bad man. And judging by society’s continued fascination with all things dead, we are indeed a rotten lot.

The Rough House cast is most impressive when rooted in the world of puppetry. Through the use of hand, rope and shadow puppets, sad ballads such as “Me and Little Andy” by Dolly Parton (which offers up the death of a little girl and a puppy) effectively poke fun at our need to have our heart strings tugged. Other visual effects include beautifully completed cantastoria paintings that flesh out Robin and Linda Williams’ folksy “Step It Out Nancy,” a tune that covers all the basics of a country song: murder, vengeance and heartbreak. Besides puppeteering, this cast is made up of first-rate musicians who more than do justice to the presented songs.

Between songs, Sean Hughes (Jam Jam) and Andrew Yearick (Whiskers) trade jokes that mostly mine the decaying nature of death. At the same time, the other cast members banter with one another, often arguing over whether one particularly melancholy song should be performed. More hokey than entertaining, this does little but distract from the better-conceived musical performances. Also unnecessary was a warm-up act by Andrew L’Animal (actually cast member Andrew Yearick). A high-concept joke without a punchline, L’Animal sings several increasingly bizarre, death-obsessed tunes with a Germanic accent that did little more than confuse the audience. Perhaps the talented Molly Brennan (scheduled to open future performances) will serve as a better introduction.

Regardless, “Sad Songs for Bad People” entertains while tackling a subject that most of us try to avoid despite being a reality that, in the end, will quite literally affect us all. Perhaps our fascination with sad songs is our way of mocking death while we still can. Or maybe, as one cast member speculates toward the end of the show, they are just a way to entertain us in between the sad moments of life. (Noel Schecter)