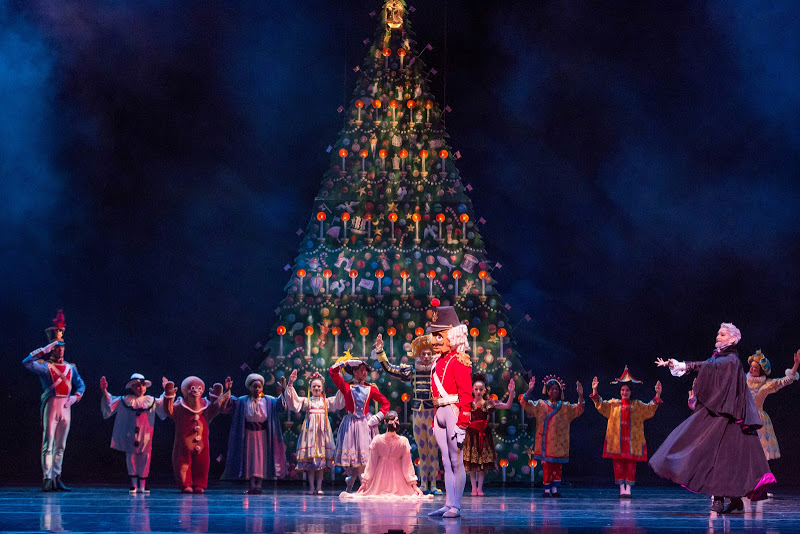 Ashley Wheater sat down with me in his office in the Joffrey Tower shortly before the company hit the road to take Robert Joffrey’s “Nutcracker” to the Kennedy Center. Forty-five dancers, thirteen carpenters, eleven electricians, ten prop and wardrobe techs, plus a handful of sound, light and rehearsal coordinators are preparing to bus to DC and perform Joffrey’s classic confection on the Kennedy Center stage for the last time. Then they’ll return to Chicago and stage the ballet twenty-seven times over the course of about three-and-a-half weeks. In the very last show, Wheater will reprise his role as the Snow King—which he originated in the 1987 premiere—and, after twenty-eight years, Robert Joffrey’s “Nutcracker” will be put to rest. A new version, commissioned from Christopher Wheeldon, will be unveiled in 2016.

As is often the case, this monumental change was born from a mix of invention and necessity; sets and costumes take a beating over the course of nearly thirty years—the original costume designer removed his name from the credits years ago when garments had to be rebuilt with less-expensive materials—and the 200 costumes, 172 pairs of shoes, and intricate set pieces are all due for a major overhaul. “It’s a beloved production that is completely falling apart,” Wheater says. “If we have to do a new production of ‘The Nutcracker’ let’s think about how we’d do it today. Does it have to be about a very wealthy family? The kids have everything they could dream of and then have even more. I think it’s interesting that we bring 7,000 Chicago Public School kids to ‘The Nutcracker’ every year, and for many of them it’s their first time to downtown Chicago or to a theater so it’s exciting… but does it relate to them? What could a production of ‘The Nutcracker’ hold for everybody? Really what it’s about is to believe in the possibilities of dreams. You don’t need to be in a wealthy house; we dream at every level.”

The dreamspace in Wheeldon’s Nutcracker will be the World’s Columbian Exposition of 1893 (also notably the setting for Thodos Dance’s story ballet “The White City”). Which, in addition to tying the story to Chicago history, opens up some pretty neat possibilities for the second-act journey to the Land of Sweets as a trip through pavilions housing the curious, inventive and fantastical. When I asked if the new production would, like Robert Joffrey’s version, include 100-plus local kids, who are cast in open auditions that take place each year in CPS schools across the city, Wheater said, “Oh, I think so. A ‘Nutcracker’ without children would be quite sad. It’s through children we recapture the magic.” The phrase in his UK accent sounded like the voice of Christmas itself. 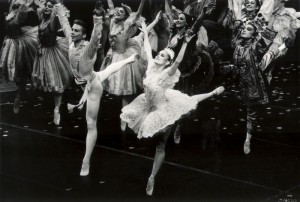 By reimagining “The Nutcracker” setting, Wheeldon follows in Robert Joffrey’s footsteps. Joffrey took the story from its original mid-eighteenth-century setting to an American home in the mid-1800s. He populated the stage with toys from his childhood, crafting a charming vision of youthful imagination in the last months of his life. The company worked on the piece at the University of Iowa with Joffrey providing notes from his home in New York. Wheater remembers only seeing Joffrey in person when he came on stage, quite frail. “I think for all of us it was an amazing testament that ‘The Nutcracker’ happened. It has Robert Joffrey’s charm all over it, but it was a shame we never got to work with him one-on-one every day. What it would have been like had we been able to?” Impossible to know, but the famous version Joffrey created from afar is delightful and enduring, enjoying a nearly three-decade run; a testament indeed to the visionary choreographer whose company still bears his name.