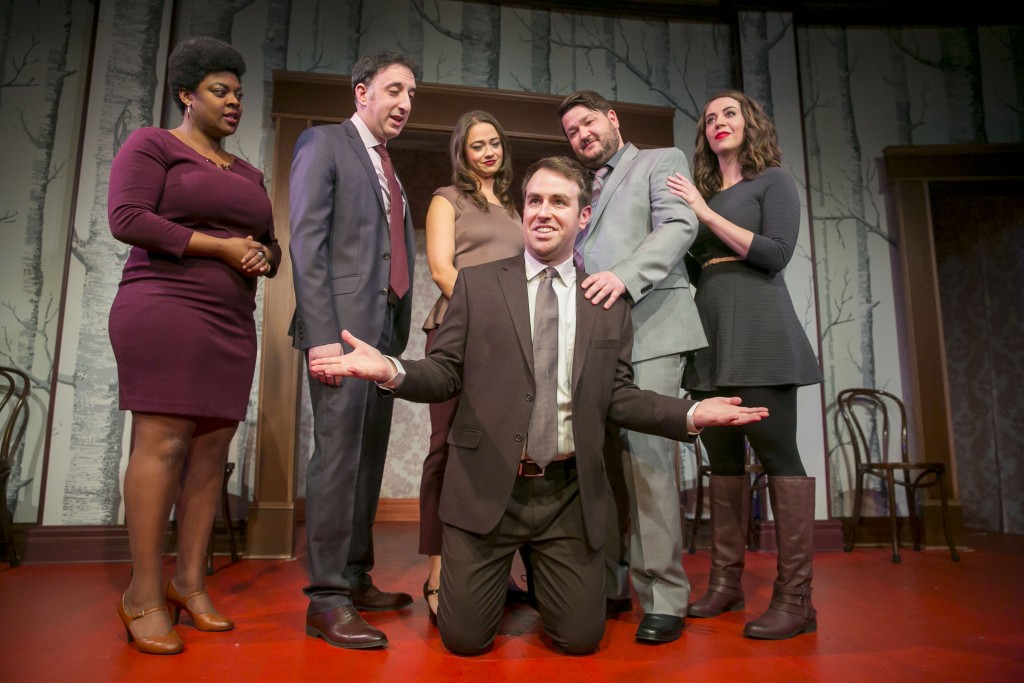 By the time the titular déjà vu kicks in during the second act of this fast-paced revue (Second City’s 104th on the mainstage), the audience is already so heavily invested in the six comedians on stage that they’ll follow them anywhere—through time, bizarre family meltdowns and even straight into the heart of the heavy, ultra-relevant relationship between Chicago’s (and America’s) people of color and police officers. Aside from the unprecedentedly intricate interlacing and layering between the scenes in the first and second acts, it’s the depth of the (funny but hard-hitting) sociopolitical messages interspersed throughout that brings this show to the next level.

The concept of a time machine is introduced in the very first sketch and then put to great use throughout the surreal, fourth-wall breaking second act as director Ryan Bernier steers the ensemble through the potential pitfalls inherent in the ever-increasing madness with a steady hand. While each ensemble member delivers their own special brand of comedy expertise here—from broad, silly characters to elegant—there’s a consistent feel to every sketch in the show, tying it all together, even as it all starts to fall apart.

Chelsea Devantez, Paul Jurewicz and Daniel Strauss are all returning to the mainstage after “Panic on Cloud 9” while Sarah Shook, Jamison Webb and Rashawn Nadine Scott (who moved up from the e.t.c. stage and the still-running “Soul Brother, Where Art Thou?”) are new. But the six function like a long-running team who know how to play to each other’s strengths.

Jurewicz and Shook hammer out consistently hilarious over-the-top characters. Jurewicz as an overly sensitive dad pushed into a pool by his son is achingly funny and Shook as a high-strung, high-powered mombot is one of the highlights of the evening. Webb (who comes off like a young Mike Birbiglia) and Strauss are the straight men, delivering wry punchlines with understated craftiness. Devantez is the most versatile of the group—switching from subtle (in one scene she simply widens her eyes slightly to bring home a huge laugh) to bawdy to straight throughout. In a mostly improvised scene involving pilfering audience cell phones for embarrassing tidbits, she also reveals an implacable calm under pressure.

But Scott, though conspicuously underused overall, displays the most impressive acting chops of the group, particularly in a scene that initially seems like an easy shot at Rachel Dolezal but turns out to be much more—Scott has the ability to turn tears of pain and frustration back into laughter in a smooth, seamless transition that showcases expert finesse. And that scene is a microcosm of the show as a whole: there may be plenty of painful truths here, but once they’re acknowledged this able cast of comedy alchemists is able to transform them into laughs. (Zach Freeman)