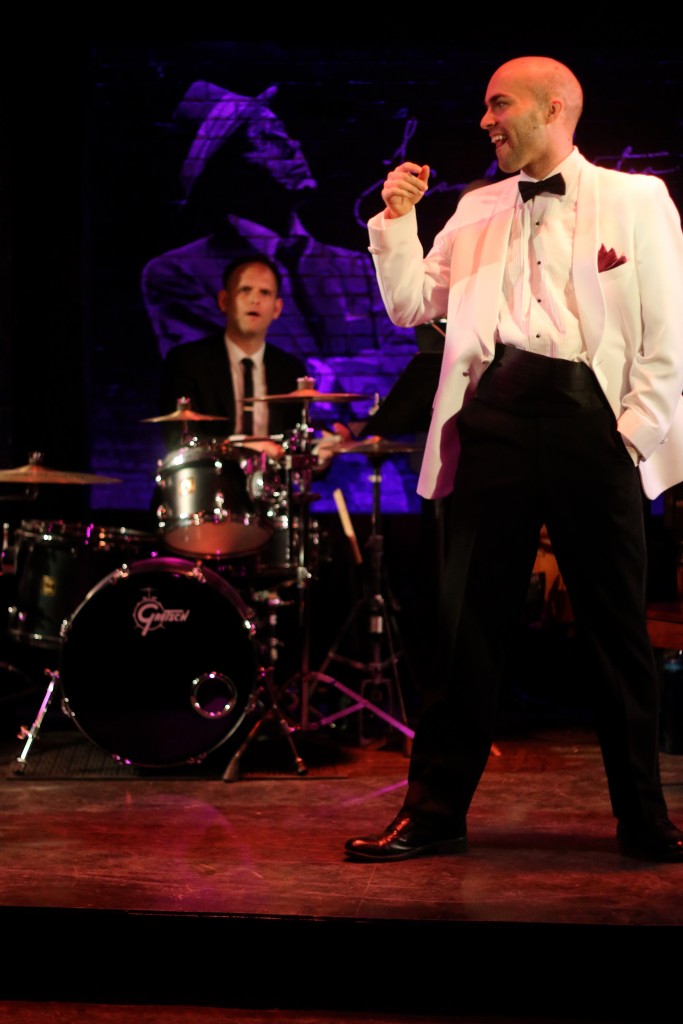 It’s December and you can’t throw a dreidel without hitting a holiday show in Chicago. If you’re a Grinch or are already sick of the Christmas music that’s been playing on the radio and in department stores since before Thanksgiving, you might not be feeling too inspired to bundle up to see a holiday production. However, if you feel obliged to take your sweetheart or your mother to see some seasonally appropriate theater and are pained at the thought of overt holiday themes, then “My Way: A Musical Tribute to Frank Sinatra” ought to sail to the top of your list of shows to see this month.

“My Way” is jam-packed with more than fifty songs from Ol’ Blue Eyes’ repertoire and the result is a bright and swinging series that may sound a little like Christmas but most certainly is not. Songs are bunched together thematically: there’s a whole cluster about the moon (including, of course, “Fly Me to the Moon”), a string of city songs (“Chicago,” “L.A. is My Lady,” “My Kind of Town”) and several series of love songs. This bunching is apt because, as we’re reminded during the light commentary, Sinatra practically invented the concept album. Theme doesn’t hold the songs together too tightly: frequent loose transitions result in playful moments or welcome shifts in energy so that the prodigious succession of musical numbers unfolds like a natural, engaging conversation.

The performers (Kyrie Anderson, Caitlin Boho, Carl Herzog and Chris Logan) make good use of the space in the No Exit Cafe, lightly pantomiming some of the lyrics, tap dancing or wading out into the audience to flirt with the crowd. Herzog pulls off a smooth and easy Sinatra. Boho’s vocals are jazzy and unique though some of the lyrics get lost in her affectations. The band (Jeremy Ramey on piano, Kevin Brown on drums, and Jake Saleh on bass) nails each number while the vigorous ego of Sinatra shines through the performances. “My Way” is invigorating and will send you out into this new winter with a warmed heart. (Joy Miller)