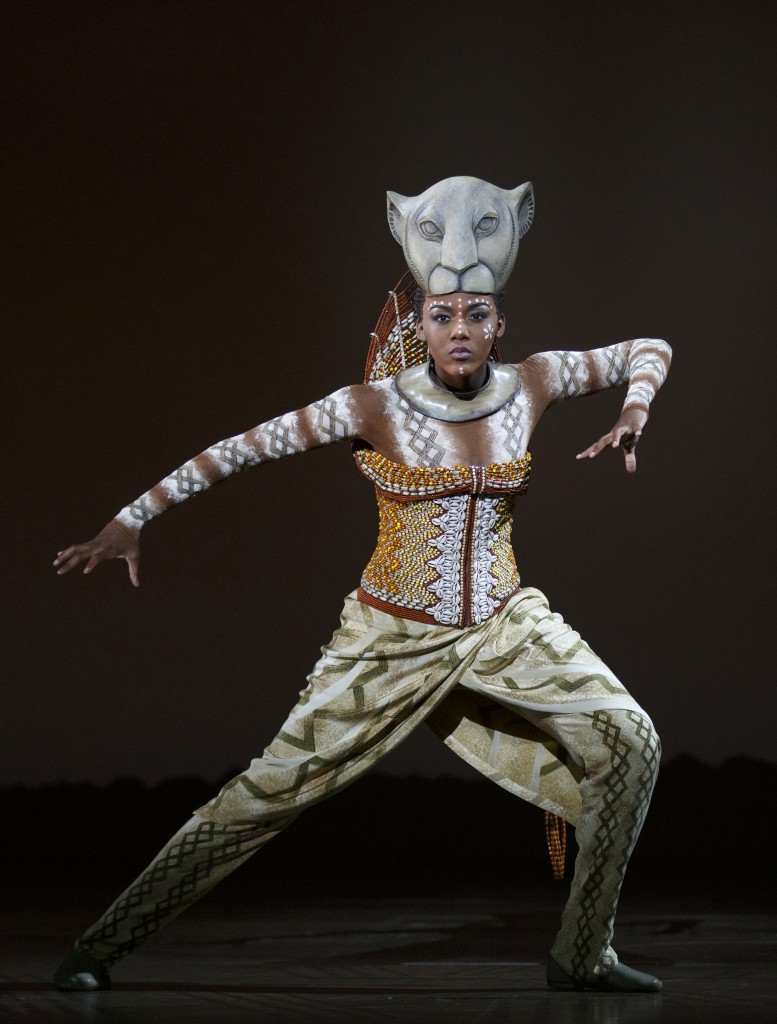 “The Lion King” is undeniably magical. As the show begins, Rafiki–the mandrill shaman–sings the first lines of “The Circle of Life” while a host of actors in brilliantly designed animal costumes (including giraffes, elephants, zebras and birds) appear against a sunrise to pay tribute to the lion cub, Simba (Tré Jones and, later in the show, Blaine Alden Krauss as his adult counterpart), who is destined to become king of the jungle. In less than a minute, audience members of all ages are completely hooked.

The stage version features the critically acclaimed songs by Elton John, Tim Rice and Hans Zimmer that were first featured in the animated film (“Can You Feel the Love Tonight,” “Hakuna Matata” etc.) along with a few additions. One of the best numbers that was not part of the film version is “Shadowland,” Nala’s tribute to her pride and their prayer that she finds more prosperous lands after Scar (the fiendish Patrick R. Brown) becomes ruler. In this production, both Young (Mikari Tarpley) and adult Nala (Nia Holloway) particularly stand out in their roles. Tarpley is fun and sassy; Holloway is vocally brilliant and has magnetic stage presence. Together, they illustrate that Nala is a great blend of courage, strength and attitude.

Though the show is brilliant–from casting to design–it seemed like there were a few technical difficulties with sound the night I attended. At points throughout the show it was hard to clearly hear some of the actors like Rafiki (the hilarious Mukelisiwe Goba) and Mufasa (the powerful Gerald Ramsey). However, in spite of whatever may have been going on behind the scenes, the cast absolutely shined.

Eighteen years later, “The Lion King” still stands out as director/costume designer/mask co-designer Julie Taymor’s crowning theatrical achievement. The Chicago run, which includes references to Garrett Popcorn and “Frozen,” is selling out quickly. This six-time Tony Award-winning musical is a show everyone should see at least once. (Mary Kroeck)