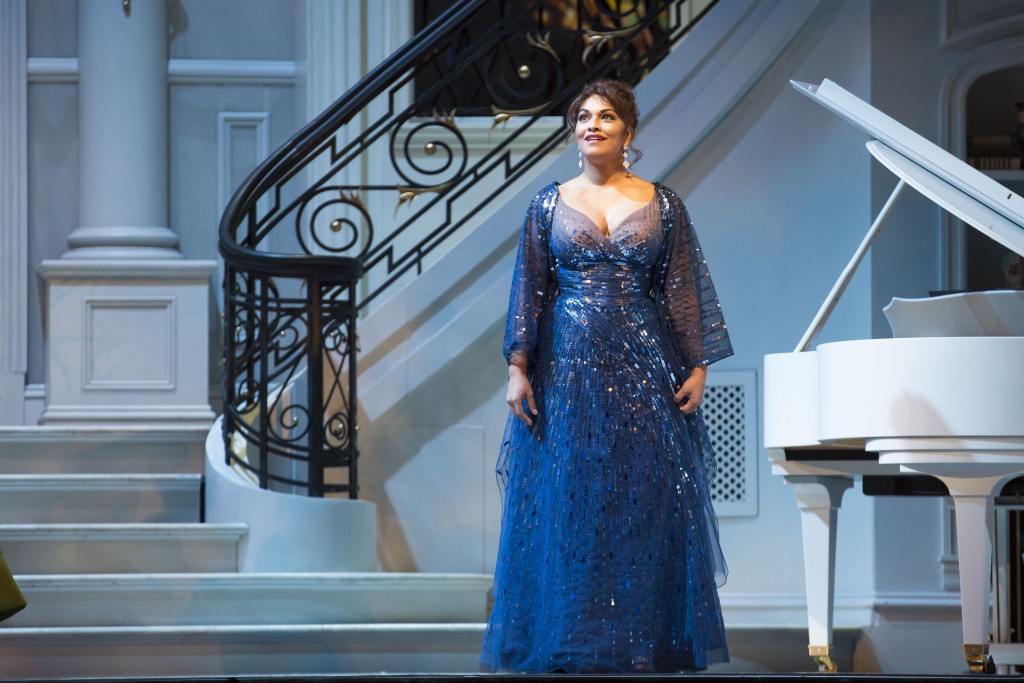 As the latest torrents of terrorism shatter our souls with their senseless deaths and enhanced suspicions, Lyric Opera of Chicago’s world-premiere production of “Bel Canto” could not be more poignantly opportune. Drawn from Ann Patchett’s bestselling novel, an opera diva in the center of a hostage situation orchestrates a truce that empowers both captors and captives to see that they are all detainees of a struggle that is void of personhood. Despite differences of race, gender, religion, language and social strata, an unsteady but palpable community emerges.

Composer Jimmy López’s war-crashes create a visceral experience; with throbbing brass and ripping percussion, his musical explosions ricochet off the ear and into the heart. Yet there is always a lyricism bubbling underneath, a tremulous hope that, once nurtured, soars. Playwright Nilo Cruz’s monumental libretto tells a story within the cacophony of convergent, multiple languages; yet intentions are always clear, even without the supertitles.

The huge, outstanding cast is led by soprano Danielle de Niese in a backbreaking role that requires she be onstage for most of the opera, singing elegiacally one moment and shouting the next; living in a character who grows strong enough to crumble. She succeeds brilliantly, setting a challenging standard.

Mezzo-soprano J’nai Bridges immerses herself in the character of a female soldier who breaks down her personal barriers to find love; her prayer aria is one of the evening’s highlights, hauntingly, heartbreakingly sung. With his expressive tenor, truthful characterization and easy physicality, Andrew Stenson is a charming match as her love interest.

John Irvin brings a handsome tenor voice and talented hands to the production with a searing portrayal of the diva’s doomed accompanist. As a young soldier with an unfathomable gift, countertenor Anthony Roth Costanzo’s glorious singing is spellbinding.

Superb in the complicated, central role of a Red Cross envoy, baritone Jacques Imbrailo sings, “Diplomacy is not a word. It is a vision.”