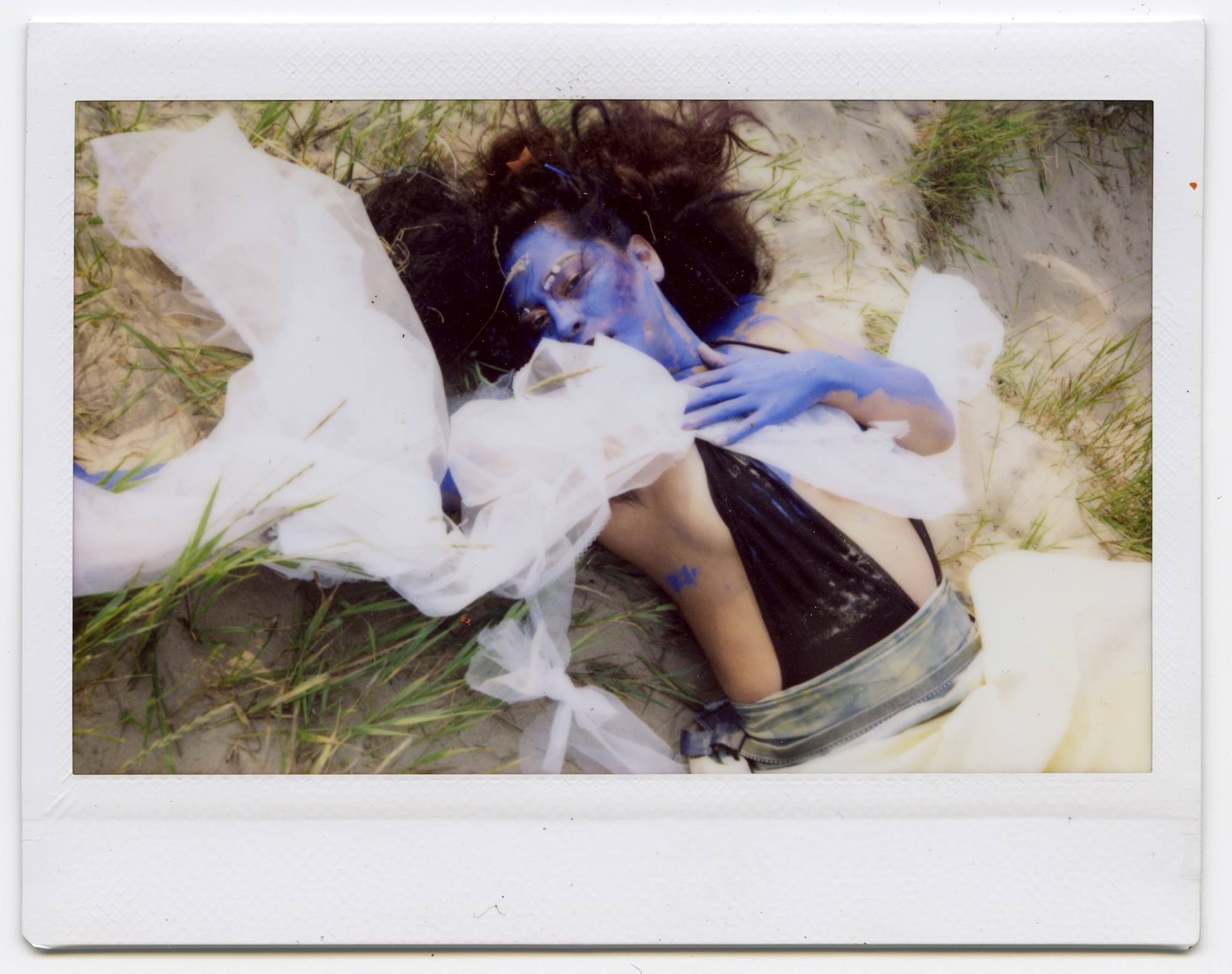 Movement, visual and performance artist Sofia Moreno, long under-recognized in Chicago, sat down with us recently to discuss her exhibit “Tropical Winter” at David Weinberg Photography. The event, part of the “Transfluent” program, in development between Weinberg, the Chicago Media Project and The Center on Halsted, highlights and provides a platform for members of the trans community to share their experiences.

Tell me how you got involved with bringing your “Tropic Winter” program to show as part of the “Pearly Foam” exhibit at Weinberg?
I was curated into it by Meg Taylor Noe at Weinberg Photography and the Center on Halsted as part of their “Transfluent,” a three month-long exhibit aimed at highlighting and supporting work that represents the trans experience. According to Meg, “Pearly Foam” came about because of that connection between all of their work. The title is taken from a section in Hans Christian Andersen’s “The Little Mermaid,” where the prince is gazing out at the pearly foam and discovers the little mermaid crying on the rocks. It’s really trying to speak to those elements within these works that bring it all together, instead of thinking merely about the conceptual, political composition of their work. I also want to believe my part in “Pearly Foam” goes beyond more than my gender identity, and institutions seem as though they’re coming to terms with the fact that I’ve been around a while, and hopefully starting to see my work as more than a one-trick-pony.

This work has been a long time in the making, can you tell me more about some of that history?
The work showing at David Weinberg Photography is part of a six-year project called “P o r n A g a i n.” “A$$Mutation” is part of Volume Two in that project, and the final video/performance/installation. The project is more than the literal idea of “Little Mermaid,” it’s about human decline, hybrid creatures emerging from defiled nature as a result of environmental waste and consumption. The work is about the pace at which everything is being consumed each day without cheer; it is about an intransigent cultural quest to keep old ideas alive, which only limits new forms of expression. It’s my own fairy tale, one in which I blame humans for their own collapse. It is about creating a new world, a massive new, toxic habitat full of monsters, mermaids and new mythical hybrids. Here, humans are the environmental villains.

This imagined world is integral to the project in some way, as I understand it, as creating space for a previously restricted freedom of speech.
And “Tropical Winter” is, specifically, an extension of an earlier curatorial project, “P o r n A g a i n Vol. 2-A$$Mutation—A Whole New World Closing Night Performances” that I did this past summer at The Learning Machine in Bridgeport. “Tropical Winter” consists of works by nineteen amazing artists, national and international. These, in turn, are meant to engage the “Pearly Foam” works of Oli Rodriguez, Wolfie E. Rawk, and myself. “Tropical Winter” is about looking after a new generation of artists, and then outside of these notions of audience, and the place of DIY cultures within them. Personally, I feel these artists are some of the very best working in Chicago right now. I want to stress the importance of this work, by these artists, without which the exhibition simply would not exist. These artists deserve to have the chance to affect a diverse, public audience and not remain silenced. I truly see this as an opportunity for Chicago. With this project, I hope to honor my creative community, and bring different voices and ways of working into the same space. And, after all, that is what “Tropical Winter” is ultimately about: proposing new narratives through different modes of practice and aesthetic engagements.