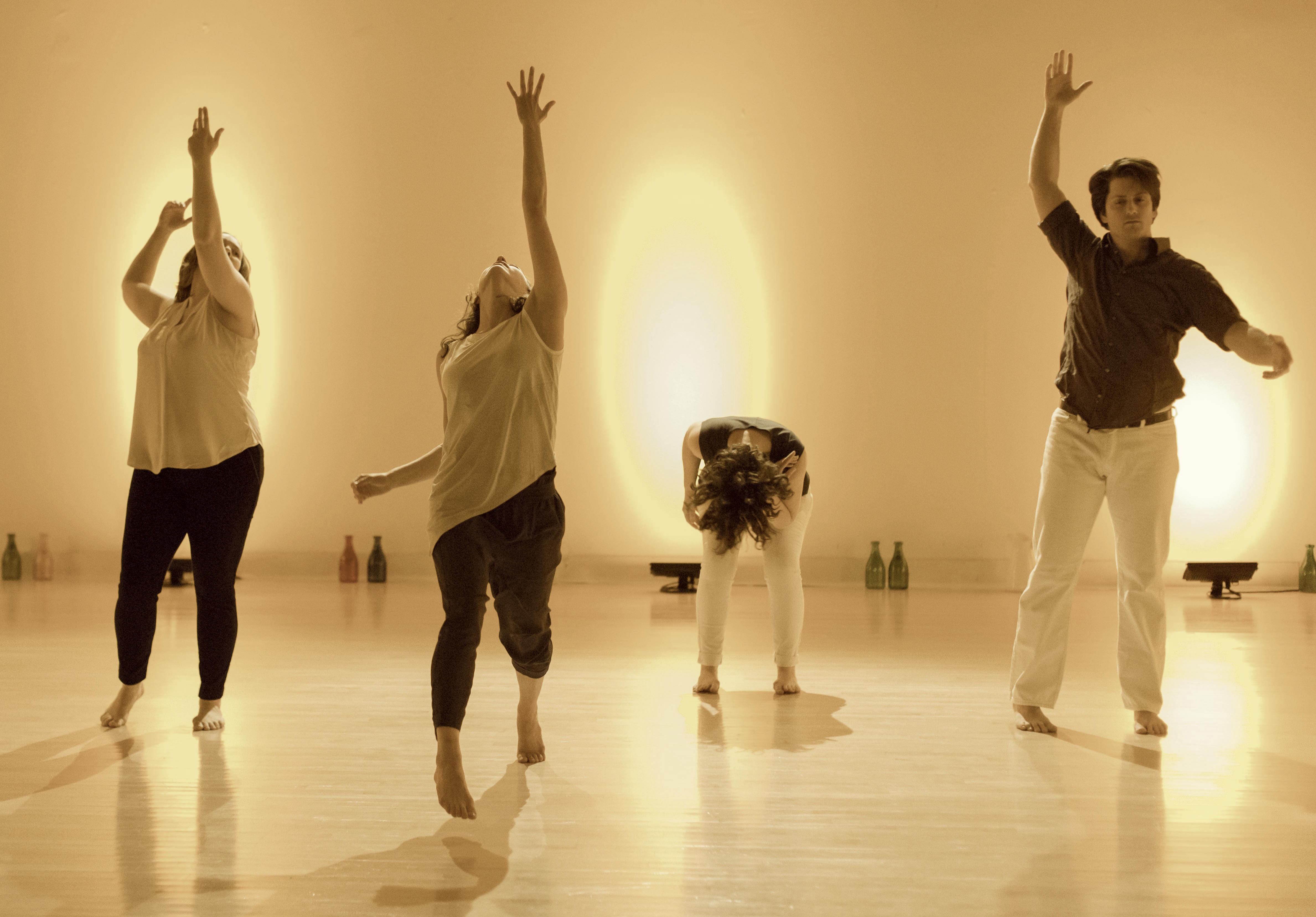 For the last several years, Molly Shanahan has put movement under a microscope and chipped away at cellular-level tensions that steel the performer against having a truly authentic experience with his and her audience. Along with her company Mad Shak, Shanahan seeks the elusive balance between what she refers to as “rigorous specificity” in choreography and free spontaneity. In creating this newest piece, part of her “Virtuosity of Forgetting” project, the two poles meet. “I feel like they’re not two different things anymore,” Shanahan said in a phone conversation. “I feel they are one thing: the pursuit of specificity while improvising and the simultaneous retention of spontaneity at all times during choreography.” For Shanahan, this deeply reflective method of crafting dance is all about the relationship between the performer and the observer, and the strange alchemy that takes place during the act of watching and being watched. She said, “I can’t be asking the audience to engage or validate what’s happening. Or tell them what to feel or think—those micro-aggressions that happen in performance…that sense of pushing something just a hair too hard. I don’t want to do that to an observer. It feels like there’s a whole new collaborator in the room with each new observer.” Performance is for Shanahan a vehicle for examining power relationships, vulnerability and some fundamental truths about the shows human beings put on for each other every day. At one moment in “Tiny Liquid Bones,” the dancers sit downstage with their backs to the audience, conducting an invisible rehearsal and occasionally turning around to ask how they’re doing in their directing jobs. “It’s such a human thing, to give someone what they want,” Shanahan said. “But I’m aware that in dance if I try too hard to give someone what they want, I might destroy the magical thing we can build together.” (Sharon Hoyer).