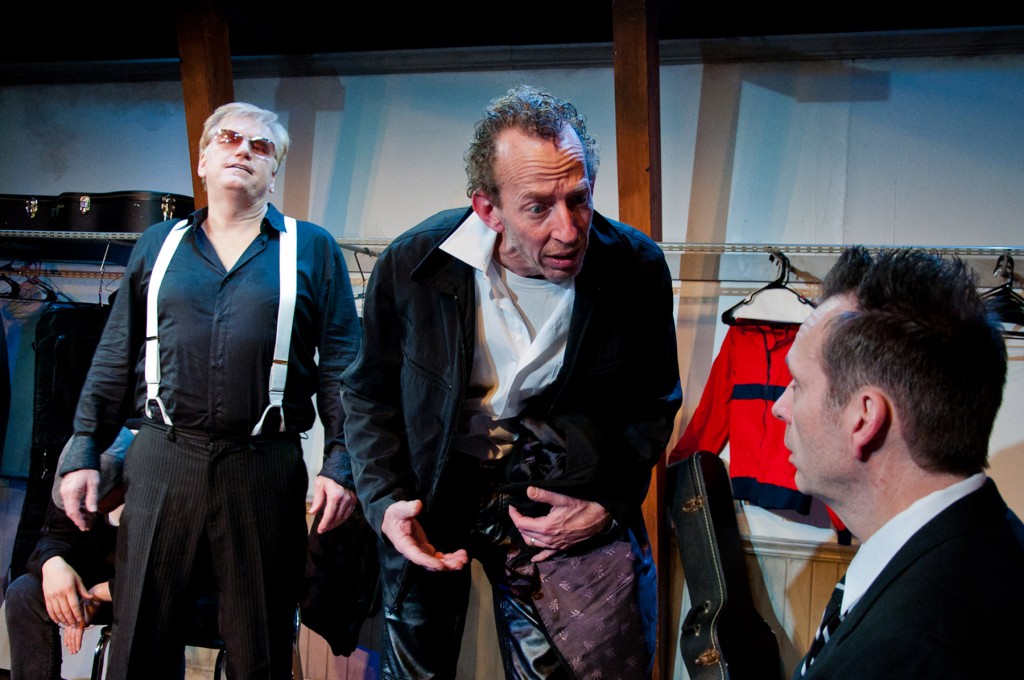 What do you get when you combine a washed-up Finnish wedding band, a missing Karelian hot pot and an idiot with a firearm? A hostage situation! Okay, okay, that’s not a joke. Actually, it is essentially the entire plot of Okko Leo’s “The Orchestra.” Don’t worry though, I’m not giving anything away because you’ll never be able to guess how these elements come together until you actually see it play out on stage. Even as you do watch, it’s a little hard to believe that the characters’ miscommunications, deceptions and idiocies gather so unremarkably into a sudden avalanche that will change the course of their already miserable lives for the worse.

This downward spiral plummets quickly and comically thanks to the classic character of the fool, Halla (Tony St. Clair), who like any good fool, presents most of the play’s (trying) poignancies. He sets the empty, pathetic tone of “The Orchestra” in the opening, when he asks if his bandmate, Rane (Steve Herson), remembers the bride from the last wedding they played and how she went around the dance floor asking all of her guests if they loved her or not. The bride’s empty desperation has so gotten to Halla that he continually wonders aloud to his bandmates about why she had asked her guests this question and why she wasn’t satisfied when some of them had answered yes.

While Halla’s bandmates largely ignore his existential musings, they do tend to get caught up in his interruptions and misunderstandings. Halla, very much the fool, takes things too literally or fails to follow the subject of conversations and therefore consistently derails them. The resulting cross-talk functions on various levels, daring the audience to keep up with all of the meaning-making that blossoms in constant miscommunication.

This kind of stilted and jolting dialogue hones in on the weaknesses of language and the overwhelming difficulties humans experience when communicating. Ultimately, however, the play relies so heavily on Halla’s buffoonery and his constant digressions that, by the second half of “The Orchestra,” the humor feels repetitive and on the verge becoming annoying. (Joy Miller)