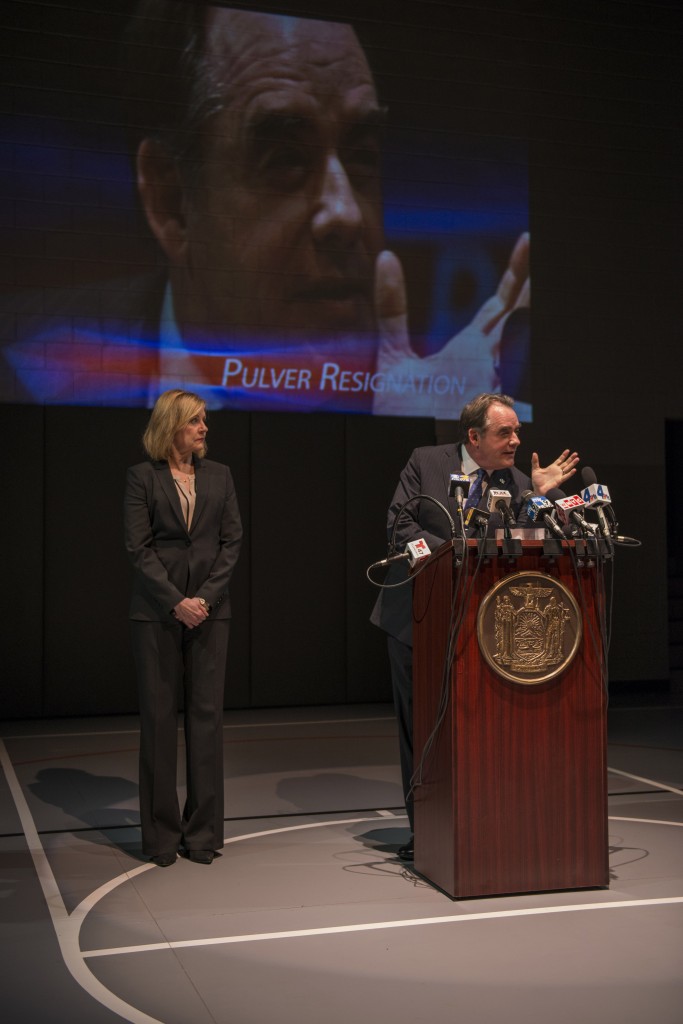 Bruce Norris’ “Domesticated,” now playing at Steppenwolf, paints a grim future for the battle of the sexes, one void of any reconciliation beyond disdainful tolerance. Language seems to be the one to blame for the stalemate; language and the human inclination to use it to build fortresses that muffle out the sounds of others talking.

Throughout the play, we watch Judy (a blistering Mary Beth Fisher) excoriate her gynecologist-turned-politician husband, Bill (Tom Irwin), while they weather the storm of a sex scandal. No big surprise there: like Judy’s best friend Bobbie (Beth Lacke) says, “What did you expect? You married a gynecologist… a gynecologist and a politician.” When Bill does try to speak at the dinner table, Judy raises her hand and says, “I’ll be doing most of the talking.” He nearly makes it through the first act without saying anything more than his initial, fumbled press conference apology. Instead he hangs his head ignominiously while Judy lights into him or rants about him to a therapist or completely ignores him at fundraising events where she thoughtlessly hands her purse over to him as if he was no more than an ignored servant. We start to feel sorry for the fellow, taken hostage by his wife’s angry, verbose sentiments.

But then Bill starts talking and any pity we had for him vanishes.Using language, he has built a world with equivocations wherein he has done nothing wrong and his infidelities are just occurrences natural to an animal. Predictably, he finds language to be cheap, claiming that the word “love” doesn’t mean anything or that it’s just a word that has been used by women to enslave men in marriage. He can’t even apologize since, to him, “an apology is just a series of words.”

But for all of the talking that takes place, none of it is heard and, of course, talk is cheap when no one listens. As the play progresses the characters don’t. Instead, they become more entrenched in the words they’re saying. While it all seems very funny from the distance of the audience, it’s disturbing to think that such bloviating is familiar to most of us. (Joy Miller)