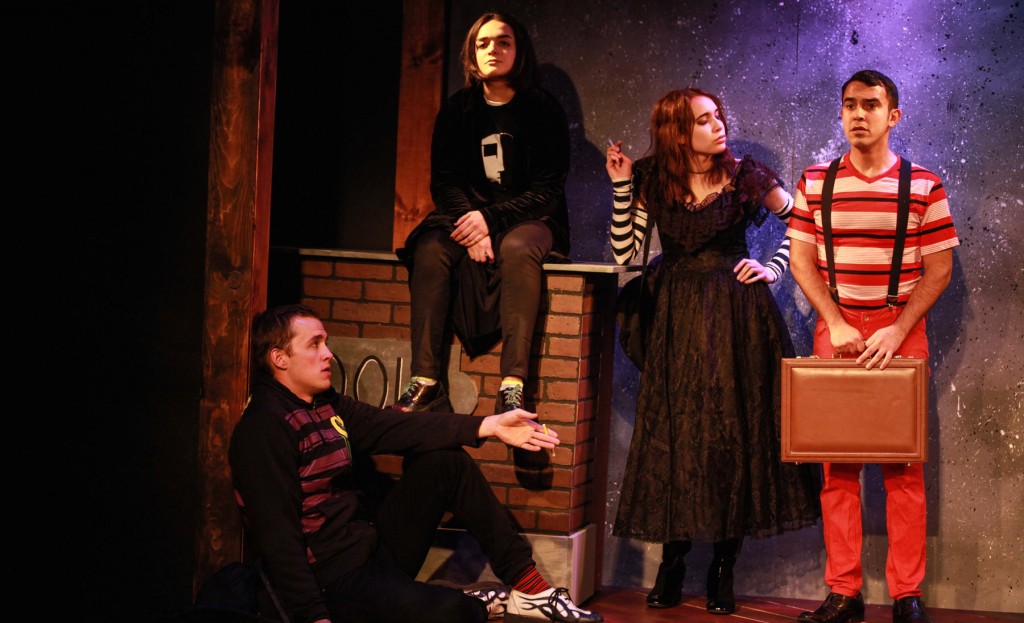 Currently in its twenty-ninth iteration, Pegasus Theatre’s Young Playwrights Festival serves as an important bridge between the creative curiosity of adolescence and a healthy, sustainable life in the arts. While this won’t be the case for every participant (rest assured, anxious parents), the potential was easy enough to locate on the bright, nervous and starstruck faces of the young playwrights at Chicago Dramatists last night.

Of the three short plays being given professional productions by Pegasus, each contained a healthy dose of “Yes, And” creativity. Written by Taft High School student Brian Hayes (the evening’s lone male playwright), “The Adventures of FeRb” demonstrated a cheerful willingness to bend the rules. How, for instance, was the ensemble to demonstrate a rock climbing challenge? With a perspective shift, of course! Keauna Pierce’s playfully named “A Cup of Souls and One Grim Reaper, Please” was similarly imaginative in its approach to a taker of life who is having second thoughts.

Of the three plays, Myka Buck’s “Our Little Secret” represented the most concretely dramatic and narratively simple. While Buck’s story was biographical in nature (she says as much in her opening video), it was nevertheless the most emotionally complex entry of the evening, focused on a young lesbian navigating the demands of relationships both sexual and familial.

While the plays seemed underrehearsed at times, the crew of eight actors—many of whom play multiple roles throughout the evening—compensate with an ingrained sense of comedic timing. Brenann Stacker is particularly hilarious throughout, first as a gawky, bumbling teen; later as a disenchanted goth; and finally as an angel with a charming English lilt.

Just to clarify: there is no asterisk here. You don’t need to be related to these kids to enjoy and appreciate what they’re doing. The evening’s entertainment stood firmly on its own merits and the competition to get to this stage was evidently quite high. For those behind the scenes, the event served as yet another triumph for empowering youth through art. An invaluable asset, the Young Playwrights Festival is not only a legitimate artistic enterprise; it is an educational and social force as well. (Kevin Greene)