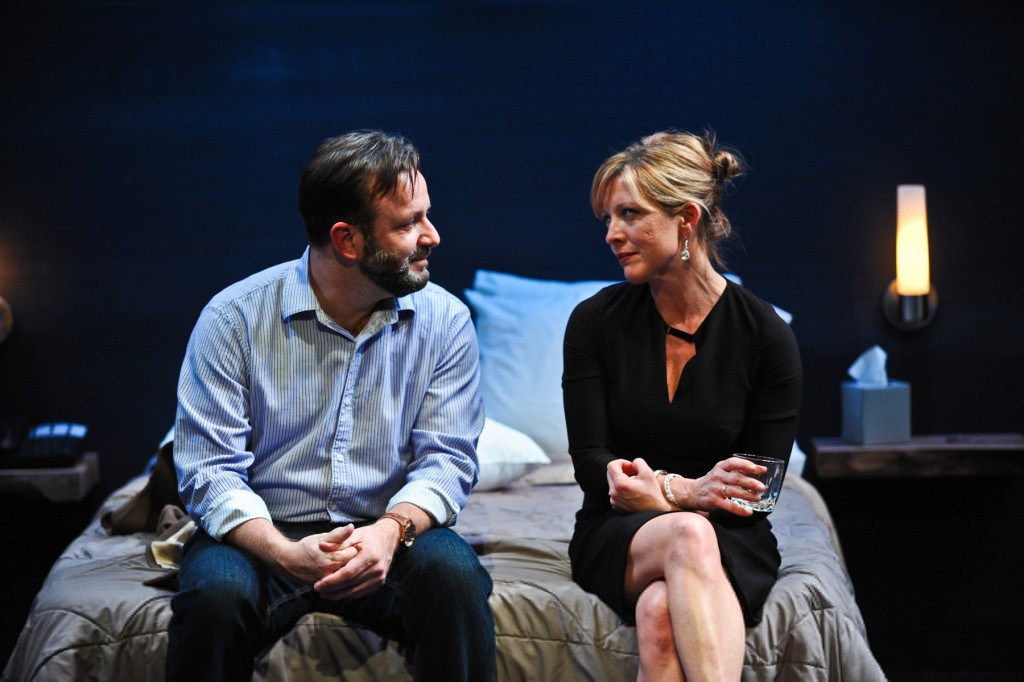 The dead-child drama has become a genre unto itself. Which isn’t necessarily a bad thing, admittedly an odd thing to say about a category of theater focused on untimely death. Nevertheless, these plays congeal around certain archetypes and motifs. Take for example, William Donnelly’s “No Wake,” currently receiving its Midwestern premiere at Route 66, a studious and brilliantly written, if slightly cold-blooded, example of this increasingly popular genre.

Despite its subject matter, “No Wake” is wonderfully funny. In fact it is regularly silly out of proportion to its darkness and is frequently most illuminatingly human when at its most ridiculous. Ironically, it is when Donnelly turns to matters of the soul that “No Wake” becomes trivial. His characters are by turns pathetic, drunken, honest, self-righteous and so on. Yet for a play that is most explicitly about fucking up (repeatedly and reliably), Donnelly’s characters always seem to know just the right thing to say.

This is to say nothing of the three wonderful actors that portray them. A casting director’s dream: Raymond Fox as the relentless gentleman, Lia Mortensen largely reprising her role in last season’s “The Other Place,” and the charmingly shlubby Stef Tovar. For her part, director Kimberly Senior knows a thing or two about orchestrating and unfolding tense, claustrophobic scenes. Yet “No Wake” carries some of the frosty residue of “Marjorie Prime” on it. There is an almost brutal efficiency to this play, embodied in Donnelly’s exquisite writing and emphasized by Senior’s directing, that is in stark contrast to the actual sordidness of the situation at hand.

In many ways, “No Wake” is its own worst nightmare: a space in which every little thing is right where it ought to be. Given the much mused upon themes of grief, redemption and regret, these characters seldom seem to be without a quip or a well-timed admission. They are uncanny in their tidiness even while apparently enjoying second helpings of misery.

The whole thing has a way of feeling rather like a parent’s attempt at getting their child to feel bad for stealing when in fact the culprit is really only sad about getting caught. While “No Wake” contains much emotion, it is very seldom emotional. (Kevin Greene)