11
Rich Cotovsky
Actor, Director
By now you’ve heard the story: after holding together Mary-Arrchie with rubber bands and chewing gum for thirty years, founder and artistic director Rich Cotovsky is putting his company to bed. Which is of course the polite way of saying he’s been edged out by developers eager to trade an institutional Chicago storefront theater for condos and natural food stores. For his part, Cotovsky hardly seems bitter. You get the sense that there is plenty of fight left in him. While the rough-and-ready Mary-Arrchie will surely be missed, we can all look forward to whatever Cotovsky will do next. 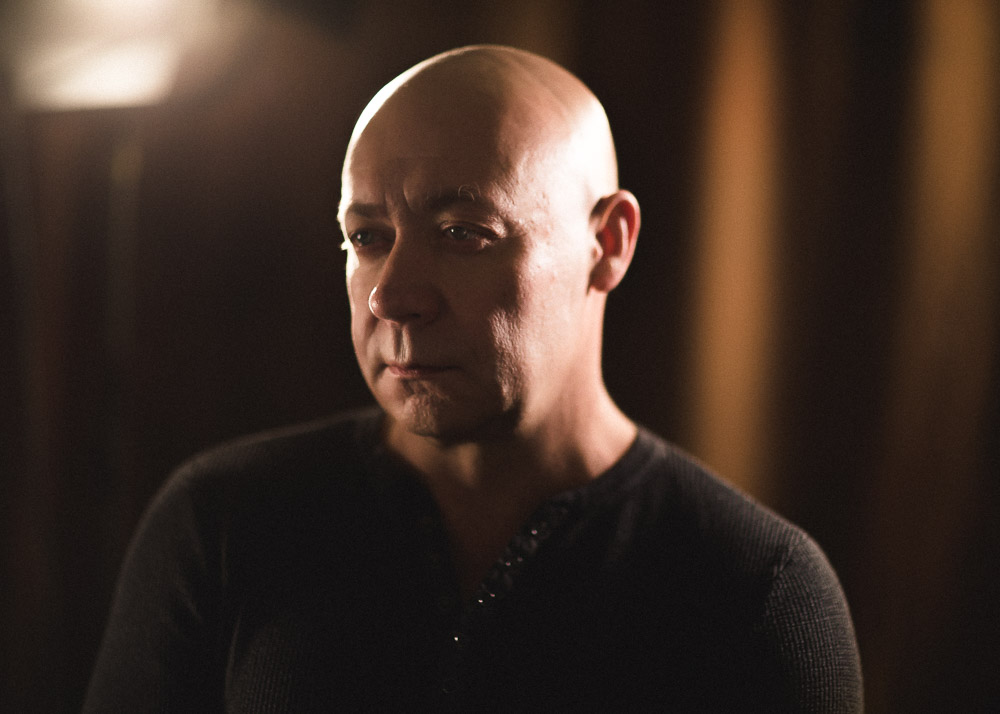 12
Mick Napier
Director, Comedian
A writer/director/improviser/performer/general badass of the highest degree, Napier is a genuine Chicago comedy legend. When not directing shows at Second City (currently he’s helming “Improv All-Stars”), he’s running things over at The Annoyance, the theater he co-founded in the eighties and moved to Lakeview in 2014. Despite comedy connections that reach the highest echelons (think Colbert, Fey, Sedaris), Napier is dedicated to giving Chicago audiences the kind of shows that make us a comedy wonderland. New Year’s Eve saw a one-night only, Napier-directed remount of “Co-Ed Prison Sluts.” 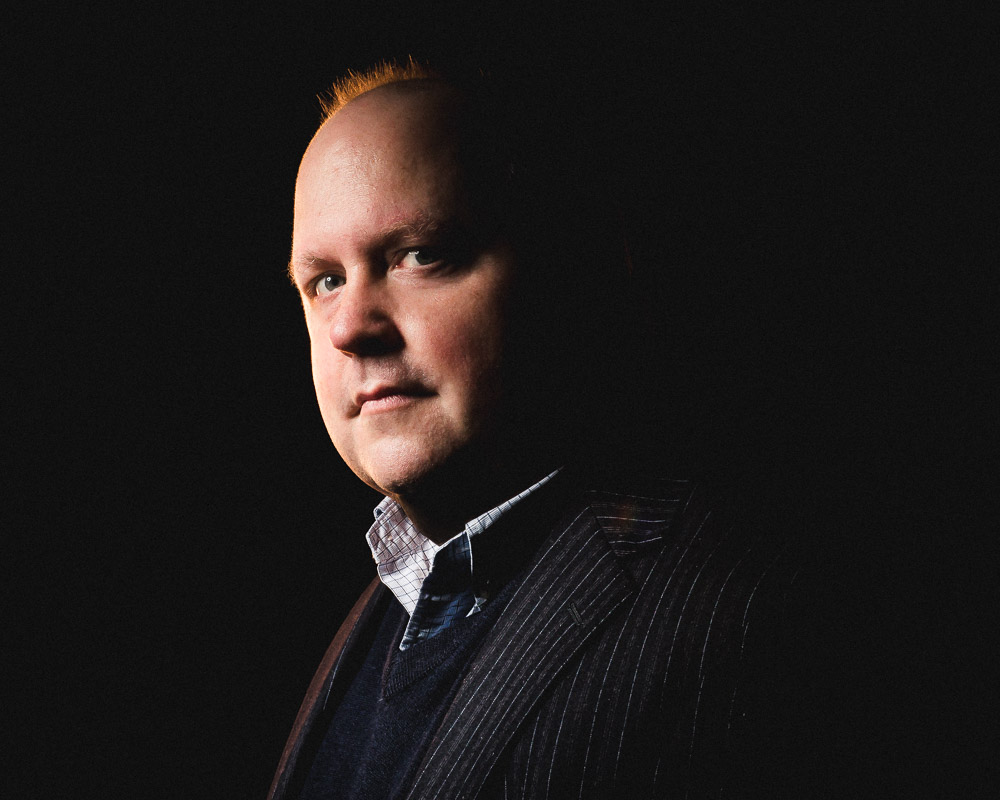 13
Nick Bowling
Director
The title of preeminent musical theater director in Chicago goes to Nick Bowling, hands down. A fixture at the Marriott Theatre (not to mention a high place at TimeLine’s table), Bowling’s string of recent successes is enough to make you blush: “A Christmas Story,” “City of Angels” and “Sondheim on Sondheim,” a show that one of our city’s most authoritative voices called “the best show in the history of Porchlight” To top it all off, Bowling is set to close out TimeLine’s current season with “Chimerica,” one of the biggest hits to come out of London in recent memory.

14
Ike Holter
Playwright
One of Chicago’s brightest rising stars, Ike Holter speaks our city’s language. Though still young, Holter’s writing echoes the sentiments and moods of Sandburg, Algren and Wright. He is aggressive yet sympathetic, political yet inclusive. Holter’s plays are not simply entertaining; they’re educational, too. After the crucial success of “Exit Strategy” and with two world premieres scheduled for later this year, no one should be surprised if 2016 becomes known as “The Year of Ike.” 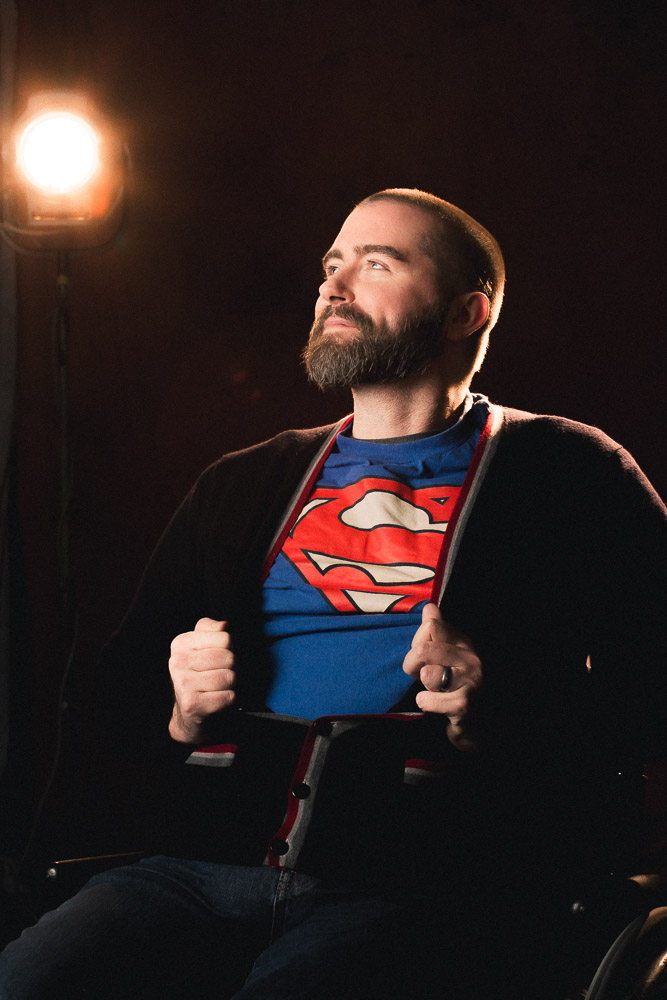 15
Michael Patrick Thornton
Actor, Director
Seeing Michael Patrick Thornton in Lookingglass’ “Title and Deed” this year was one of the most transfixing theatrical experiences ever. Thornton looks at you with laser-like intensity. Yet rather than blasting a hole through your guts, that look envelopes you, transporting you well beyond the stage. No doubt his take on Richard III later this year will be one for the books. Furthermore, Thornton’s aptly named home base, The Gift Theatre, serves as a beacon for the underrepresented cultural hub of Jefferson Park. 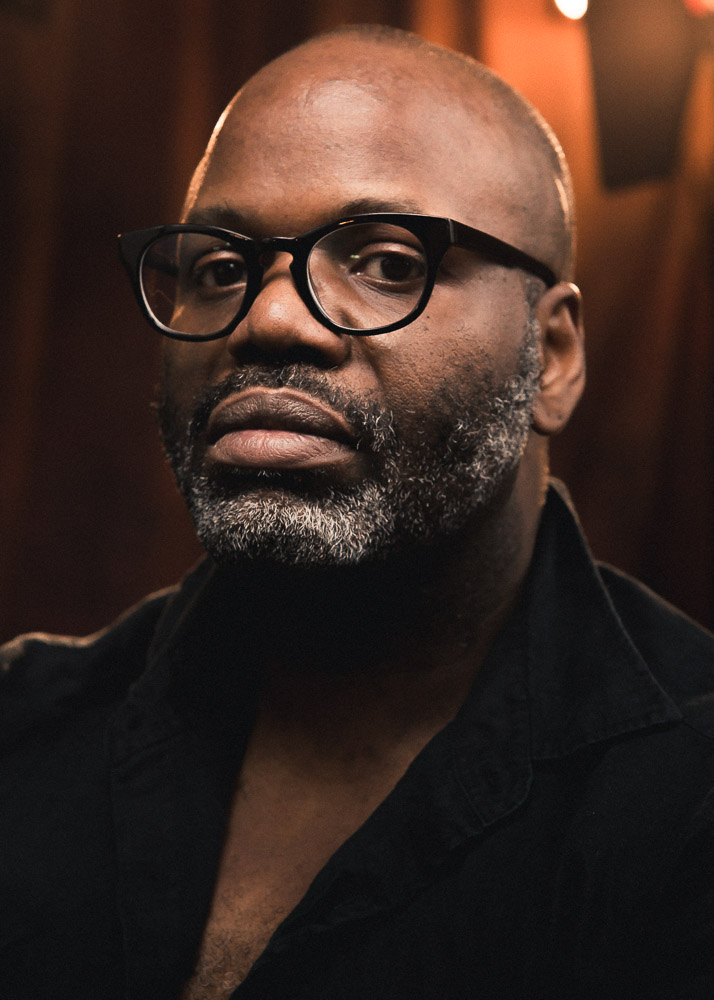 16
Baraka de Soleil
Performance artist, dancer, director
Baraka de Soleil has been a powerful force for good in performance scenes across the U.S—from the Brooklyn Academy of Music to the Minnesota Center for Arts Education to Links Hall—for well over a decade. Educator, director, performer, advisor to DCASE and community engagement coordinator for Columbia College, de Soleil’s work spans performance disciplines and straddles cultural bounds. His current work-in-progress, a solo entitled “what the body knows,” explores the intersection of race and disability through movement. 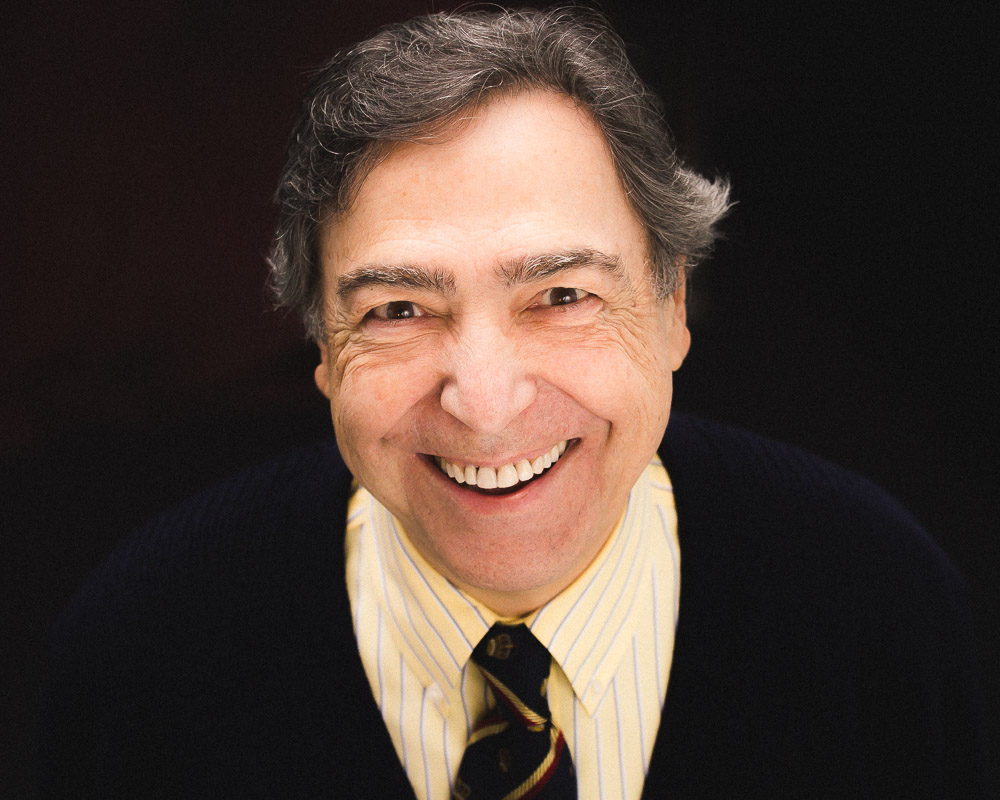 17
William Pullinsi
Director
William Pullinsi, dinner-theater pioneer and now-former artistic director of Munster, Indiana’s Theatre at the Center, is officially retired. What that means for a workhorse of his caliber is tough to say but it is difficult to imagine the institution of musical theater in the Midwest without him. Not ready to rest on his laurels just yet, Pullinsi will direct one final production with the company that he has devoted over a decade of his life to. The fitting title of that musical? “Nice Work If You Can Get It.”

18
Michael Shannon
Actor
Michael Shannon is busy. Splitting his time between Chicago, New York and Hollywood, Shannon draws attention no matter where he goes. Earlier this winter, “Pilgrim’s Progress” sold out the entirety of its run at A Red Orchid Theatre (where he’s an ensemble member) before it even opened, a feat even “Hamilton” will have a difficult time reproducing. It will likely be at least another year before we see Shannon again, occupied as he is with multiple film projects and the opening of “Long Day’s Journey Into Night” at Roundabout Theatre in New York. But in the meantime, we can watch him devour awards, perhaps even an Oscar, for the film “99 Homes.”

19
Carrie Hanson
Choreographer
Carrie Hanson’s company The Seldoms has long been a vehicle for performance that uses dance theater and stagecraft to question the most pressing concerns of our time, from environmentalism to economics. This year, Hanson and her collaborators took The Seldoms’ theater of inquiry to a breathtaking new level with “Power Goes.” Inspired by the political career of Lyndon B. Johnson, the show explores ideas of dominance and intimidation with the rigor of a scholarly article and the pacing, wit and visual bang of the best popular entertainment. Hanson’s upcoming “RockCitizen” is a companion piece to “Power Goes,” using rock music of the sixties as the framework for an examination of citizenship and counterculture. 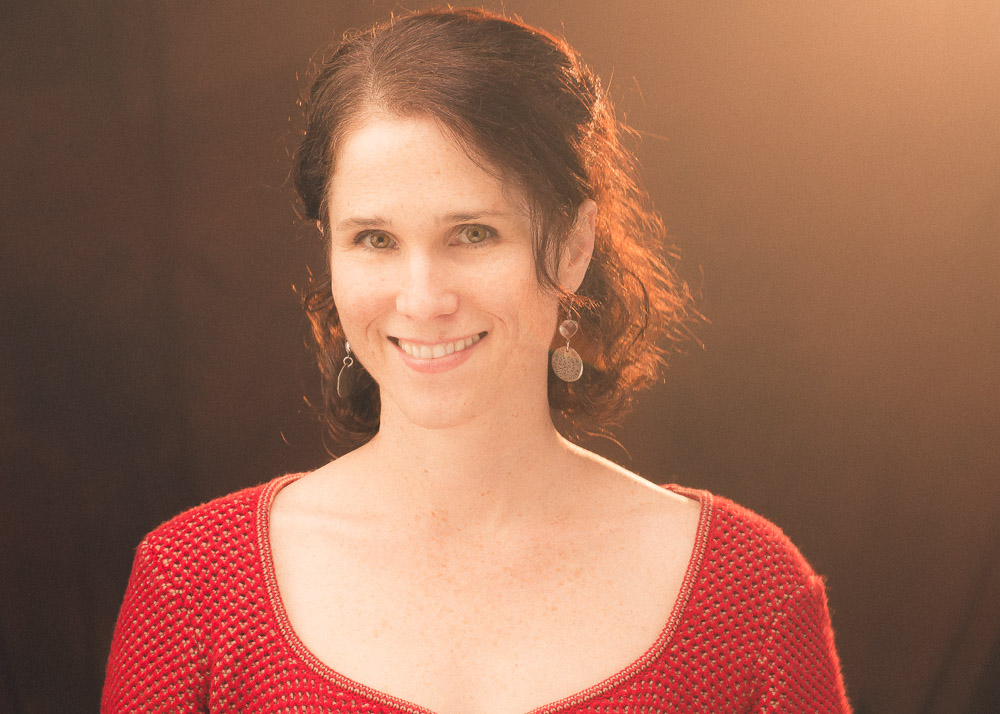 20
Julia Rhoads
Choreographer
For fifteen years Julia Rhoads and her company Lucky Plush have been making some of the wittiest, most imaginative, playful and whip-smart performances on Chicago stages, period. In last year’s “The Queue,” an airport becomes the setting for a slapstick musical romp. This spring, the company gets time on the Harris Theater stage—their biggest yet—for “Trip the Light Fantastic: The Making of SuperStrip,” which pulls from pulp novels and comic strips to critique a world in which constant self-branding can get in the way of our most noble pursuits. 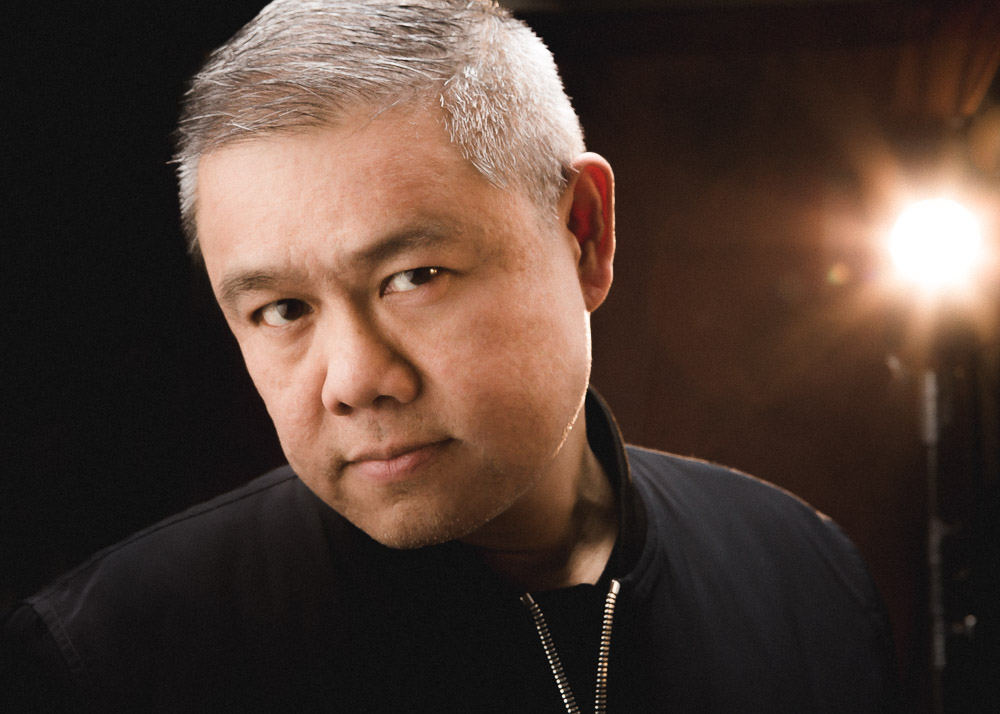 21
Chay Yew
Director
Chay Yew is a well-lauded, award-winning playwright and director. “Porcelain,” his 1992 play, was revived this season by Prologue Theatre Company to tremendous reviews. His last directorial credit with his home theater company, Marcus Gardley’s “An Issue of Blood,” was a socially poetic plea for the lives of young black men. However, what makes Yew a standout is not just his personal credits but his fearless advocacy for the playwrights at Victory Gardens and his desire to have their work reflect the diverse voices and lives of those not just in Chicago but across the country as well. 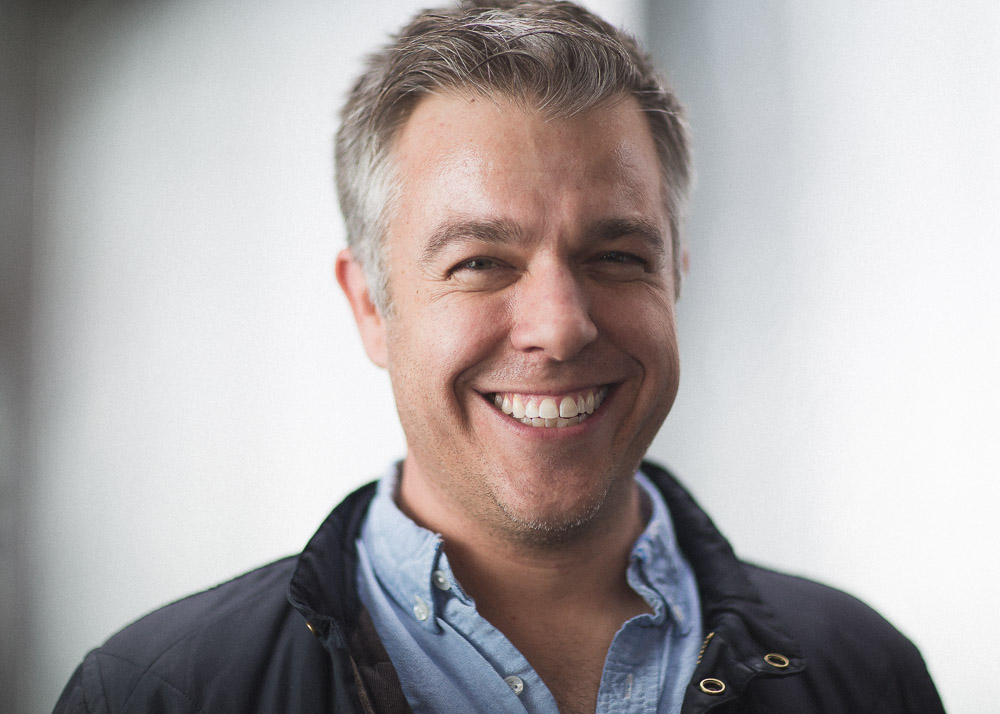 22
Nathan Allen
Director, Playwright
Clearly a fan of the magical arts, Nathan Allen is something like a magician himself. As the artistic director of The House Theatre of Chicago, the city’s premier off-Loop destination for high-energy, high-budget entertainment, Allen’s eye for fine detail is matched by his invocation of grandeur. The culmination of many years of writing and designing, “The Hammer Trinity” was one of the must-see events of 2015. Not to be outdone the coming year has in store: interactive espionage, national tragedy and, of course, a healthy dose of magic. 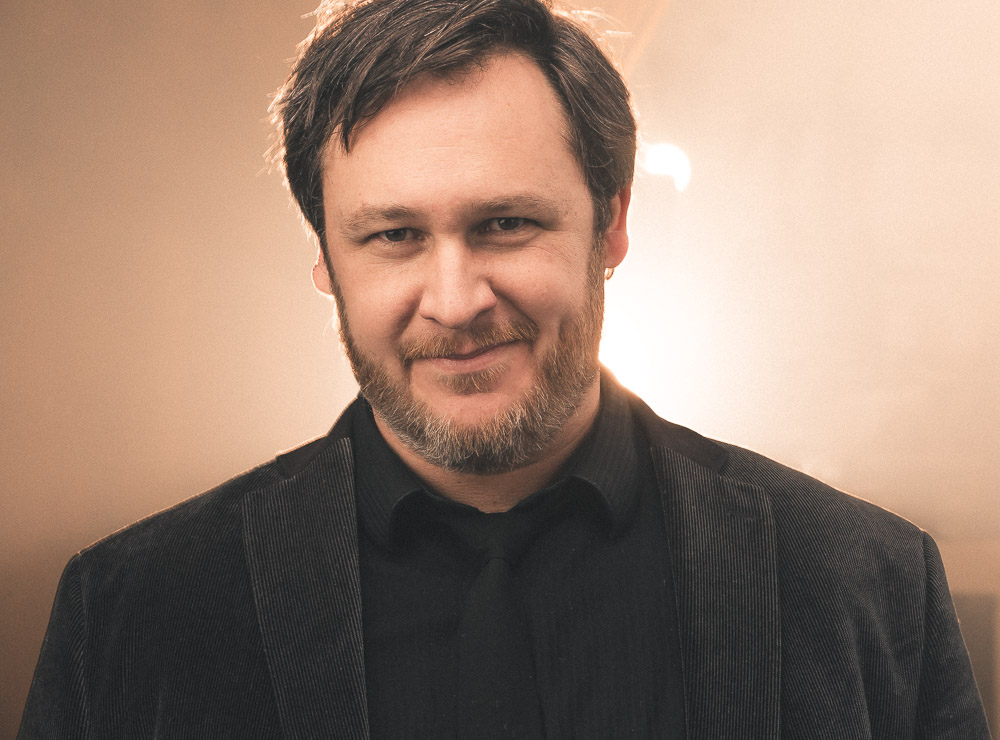 23
Anthony Moseley
Director
As you’re reading this, Anthony Moseley and his dedicated team at Collaboraction are mounting the fifteenth and final entry of their short-play festival known as Sketchbook. This edition will feature some big names: David Dastmalchian, John Cabrera, Beth Henley, Anne Washburn, and The Q Brothers, just to name a few. However, as always the real story of Sketchbook, one we’ll only be privy to years later, is just how many careers and collaborations this community-focused, multidiscipline, one-of-a-kind event will launch.

24
Tracy Letts
Playwright
Tracy Letts has been a household name in the theater community for some time now. Lately, due in part to the star-studded film adaptation of “August: Osage County” and his fine acting work alongside Claire Danes in Showtime’s “Homeland,” the rest of the world is catching up. The coming year promises to be an interesting one for Letts with the world premiere at Steppenwolf of “Mary Page Marlowe,” his first original play since “Superior Donuts,” and an appearance alongside hometown hero Michael Shannon in the feature film “Elvis & Nixon.” 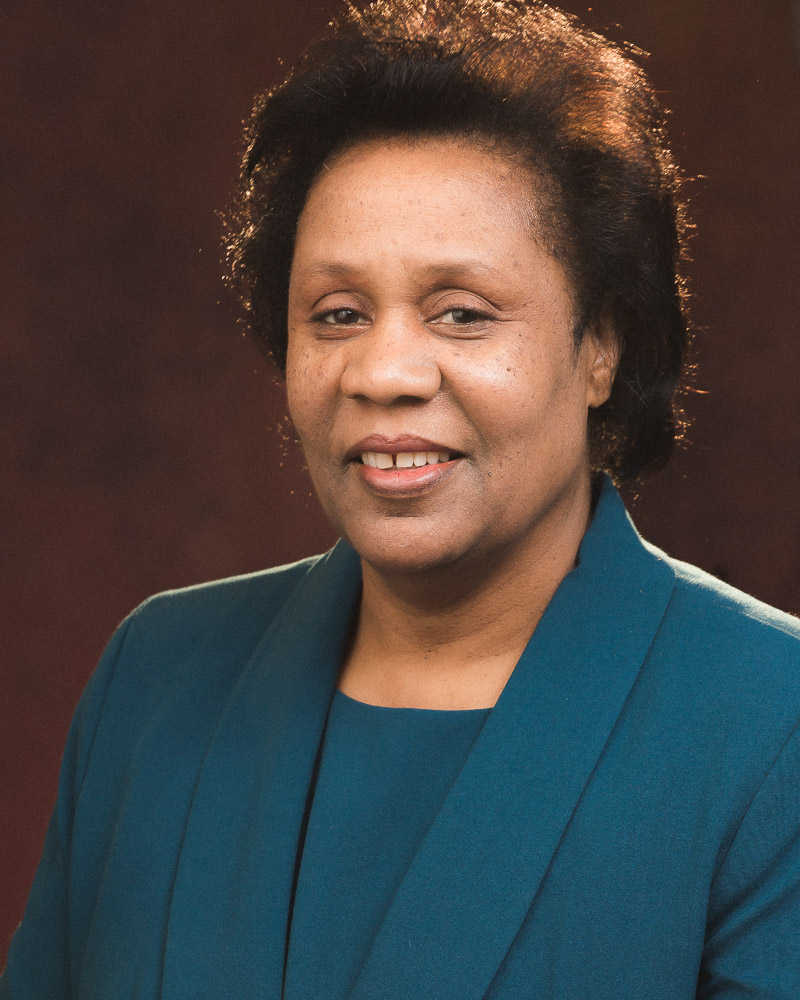 25
Jackie Taylor
Director, Playwright
Known for blazing the stage with plays celebrating musical legends such as Marvin Gaye, Etta James and Jackie Wilson, no one brings as much pizzazz to Chicago theater as Ms. Jackie Taylor. Her journey has led her from the housing projects of Cabrini Green to helming a multimillion-dollar Chicago cultural institution that she built. Her life is emblematic of the power that theater has to transform lives and to do so with plenty of funk and soul.

26
Charles Newell
Director
Chicago’s vibrant theater scene is hardly constrained in terms of content, originality and ambition. Yet it is distinctly limited in its geography. Nestled among the dormitories and facilities of the University of Chicago, Court Theatre offers a vision of the trials and tribulations of the South Side through the lens of classical theater. After a heavy couple of seasons, artistic director Charles Newell will lighten things up a bit this year with a one-man homage to Louis Armstrong (“Satchmo at the Waldorf”) and the Chicago premiere of the British comedy “One Man, Two Guvnors.” 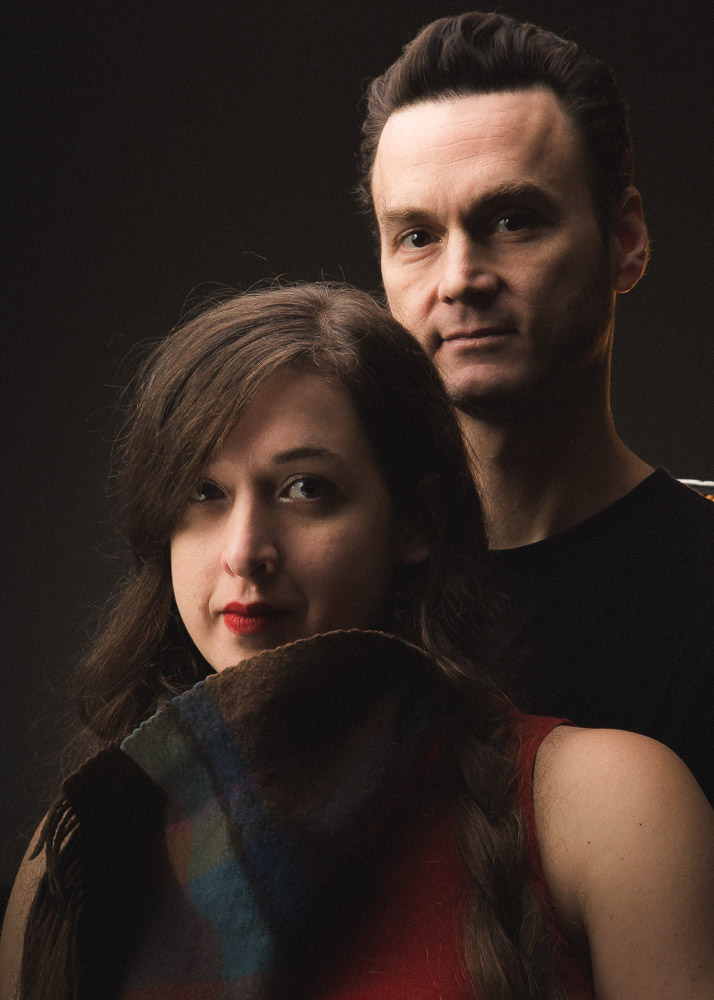 27
Jonathan Meyer and Julia Rae Antonick
Choreographers, dancers
The ingenious co-directors of Khecari had a fertile year, placing their deeply integrated, mind/body approach to movement in settings that had great fun with the audience’s sense of space and perception. After the stunningly gorgeous, critically acclaimed “Oubliette” came “The Cronus Land,” also performed in a five-by-eight-foot pit, further stretched the experience of proximity and interior landscapes, taking the audience through vast expanses in the old Shoreland Hotel Ballroom before arriving at the extreme constraints of the main performance. 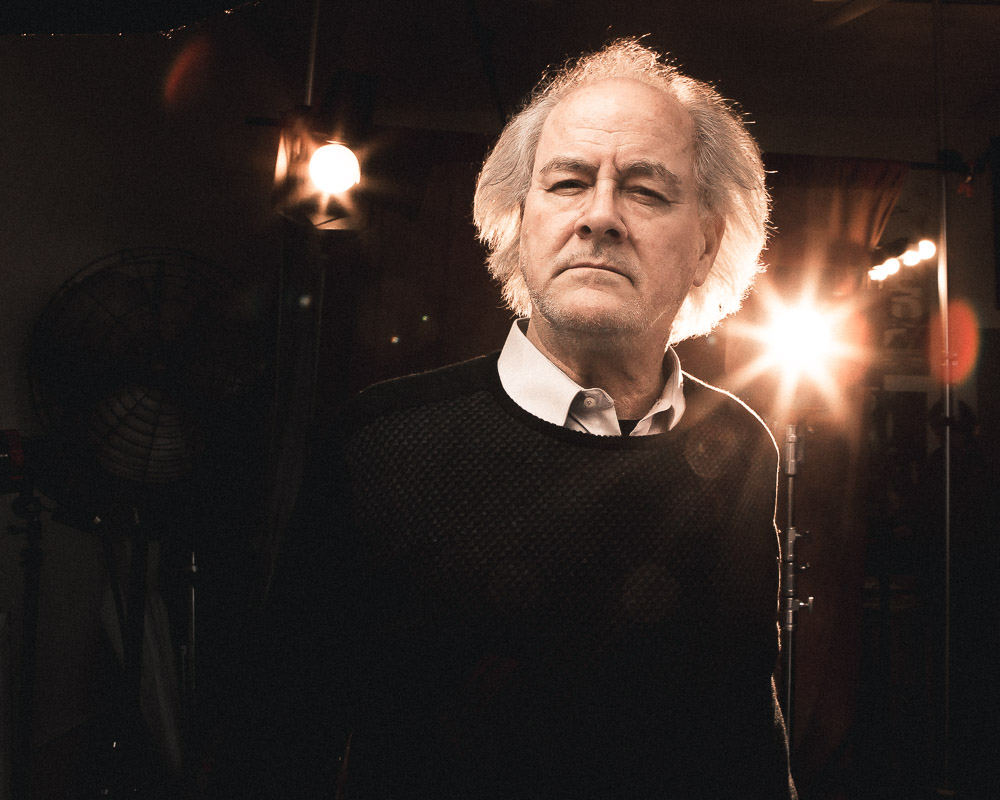 28
Francis Guinan
Actor
There is no Chicago actor less assuming than Fran Guinan. A staple at Steppenwolf, Guinan has been featured in nearly every one of their productions since “The Night Alive” and has turned each one of those characters into a profound mix of pity and pride. Yet Guinan’s best performance in recent memory came on a much smaller stage in Route 66’s “Goldfish.” As the compulsively irresponsible father of a do-gooder, Guinan (alongside the radiant Shannon Cochran) managed to be even more profound in close up. A Chicago treasure, Guinan is as immensely affable as he is undeniably masterful. 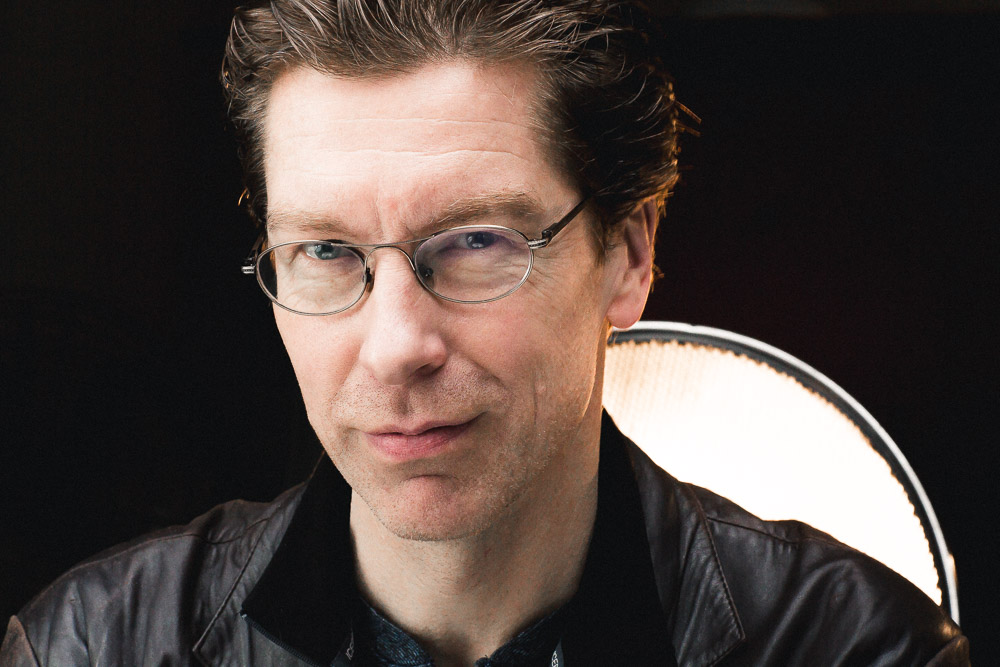 29
Nick Sandys
Fight Choreographer, Director, Actor
For a guy that knows a thing or two about simulated violence, Nick Sandys is as smooth and unruffled as silk. He is among our city’s busiest theater artists, regularly filling multiple roles with prestigious companies. The artistic director of Remy Bumppo and go-to fight choreographer at Lyric Opera (not to mention an adjunct professor at DePaul), Sandys’ proudest accomplishment may just be his return to acting. This month he takes the stage in “The Man Who Murdered Sherlock Holmes” as none other than the great detective himself.