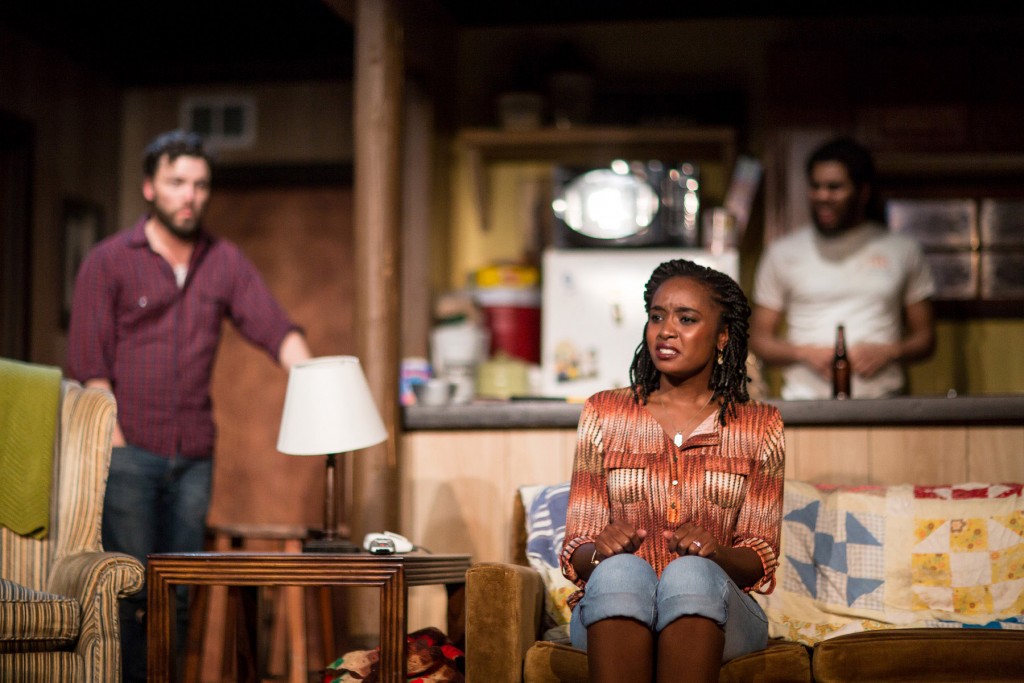 Evan Linder’s world-premiere “Byhalia, Mississippi” (opening simultaneously in three additional cities) presents the titled town as an easygoing, slow-drawl kind of place where you might listen to some Lucinda Williams while smoking pot up on the roof. Byhalia is also where novelist William Faulkner (white and famous) and Butler Young Jr. (black and murdered by police) died. Against this contrasting backdrop, Jim and Laurel are expecting their first baby. When the newborn is, unlike his parents, African American, the play drifts into a very frank meditation on forgiveness and, to a lesser extent, race.

What sets “Byhalia, Mississippi” apart from other Deep South dramas is the appealing nature of its central characters. This is the New South and overt racism is something more likely displayed by an older generation. Laurel’s mother, for example, reacts to the birth of her biracial grandson by telling her daughter, “Please tell me you were raped.”

Less engaging is the second act that features fewer honest conversations and too many grand speeches. It is as if Linder suddenly remembered that he wanted to connect more on the macro level. The action, however, is too neatly resolved and unambiguous to serve as a starting point for any meaningful conversation about race. “Byhalia, Mississippi” works well as a human drama with a powerful, intimate ending that shows two people we care about doing their best to make it in a very flawed world. (Noel Schecter)