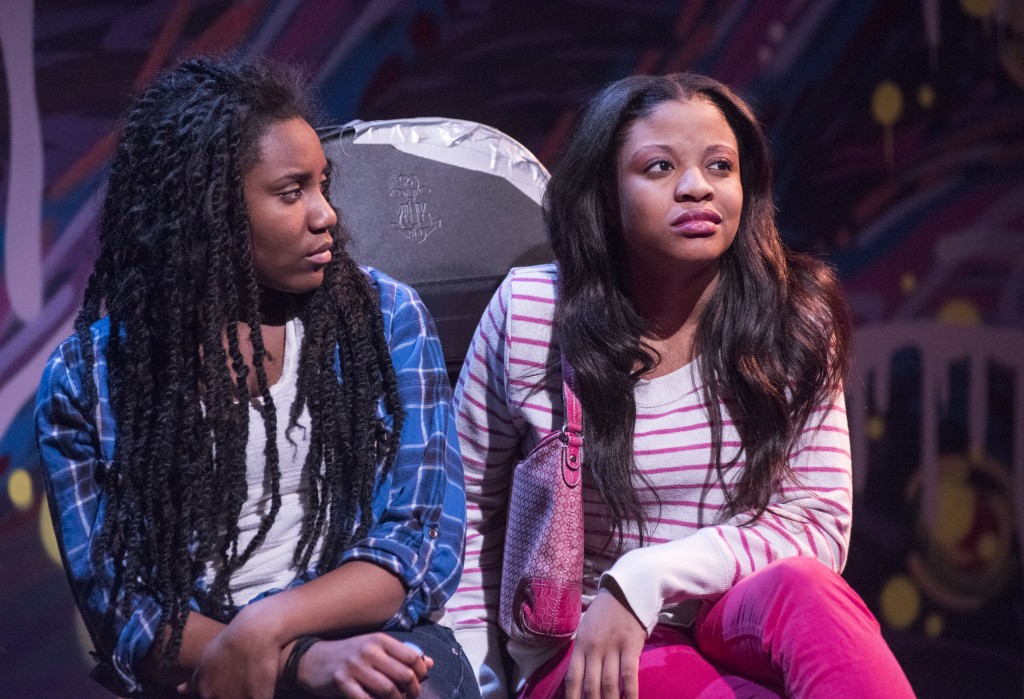 Touching on a number of perennially sensitive subjects (welfare, incarceration, urban education) and drawing links between racism, misogyny and consumerism, Kirsten Greenidge’s “Milk Like Sugar” has only gained potency since its premiere in 2011. The latest production from Senn High School’s theater collective The Yard (in conjunction with Raven Theatre) arrives at a moment where the rift between black culture and the rest of America has never been more evident. While ostensibly about teen motherhood, the play’s true subject is control, specifically of the world’s most chronically disempowered group: women.

“Milk Like Sugar” explores how behavior is affected when failure is not only the norm but the expectation. The play’s young women decide that they can positively alter their lives by having babies. This “pregnancy pact” is the first of many confounding reversals of logic and tragic instances where a crippling responsibility is mistaken for a means of achieving freedom and respect. It is the emotional equivalent of cutting off a limb and bragging about losing weight.

Respect is of the utmost importance to these proceedings. Throughout the play we are treated to countless incidents of shaming and humiliation. While criticisms vary from choosing a childish tattoo to loving Jesus, self-esteem, or the lack thereof, is always at the heart of the conflict. In an environment of institutionalized insecurity, the idea that any one person would rise (a symbolically loaded word here) above their station or even choose to walk outside the narrowly determined path of least resistance is perceived as a threat to those who’ve agreed upon these unspoken rules, seemingly as infallible as the laws of physics.

As they did in “The 4th Graders” earlier this season, directors Mechelle Moe and Joel Ewing provide a largely invisible guiding presence in here. A hip (but not trendy) set courtesy of Andrew Burden Swanson and an aesthetically flexible lighting design from Maggie Fullilove-Nugent serve to highlight the play’s stars: the kids of The Yard.

Of course, calling them “kids” is misleading. These young actors fill Greenidge’s demanding roles with fury and grace. On stage, they possess all the confidence that their respective characters lack. While the play’s title alludes to an empty substitution, these performances are nutrient-dense, nourishing the spirit of the performers and audiences alike. (Kevin Greene)