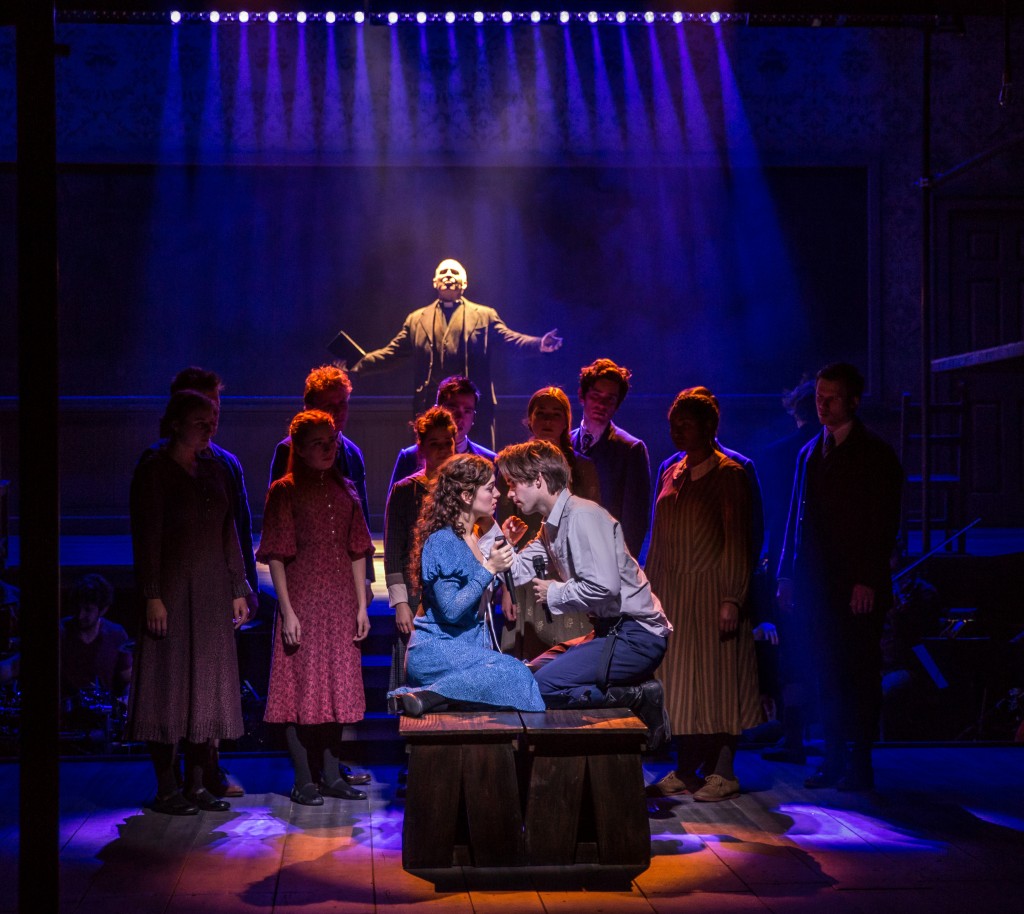 There are reasons why “Spring Awakening” is an eight-time Tony Award winner. The book and score are captivating and turn Frank Wedekind’s 1891 play about youth, rebellion and sexual discovery into a mesmerizing rock musical with book and lyrics by Steven Sater and music by Duncan Sheik.

Marriott’s co-artistic director, Aaron Thielen, brings this risqué piece of theater to life as its director and choreographer. The set, designed by Thomas M. Ryan, differs from the Broadway version that set the play in a proscenium space. This production is on a thrust stage, which brings the action closer to the audience and cleverly works with Marriott’s theater-in-the-round setup. The lighting by Lee Fiskness is so good at setting the tone that the show’s projections (designed by Anthony Churchill) tend to feel unnecessary and out of place.

As difficult as some of the content may be for some audience members to handle, the way the show deals with the issues of teen suicide, pregnancy and the pressures of perfectionism young adults still face one-hundred years after the play’s inception, makes “Spring Awakening” a compelling piece of theater that strays from the fairly classic musicals The Marriott Theatre is known for. In fact, the theater advises audiences that “Spring Awakening” is suggested for mature audiences because of sexual themes and content. This short, three-week run was a risk. However, it’s one they should be proud to have taken. (Mary Kroeck)