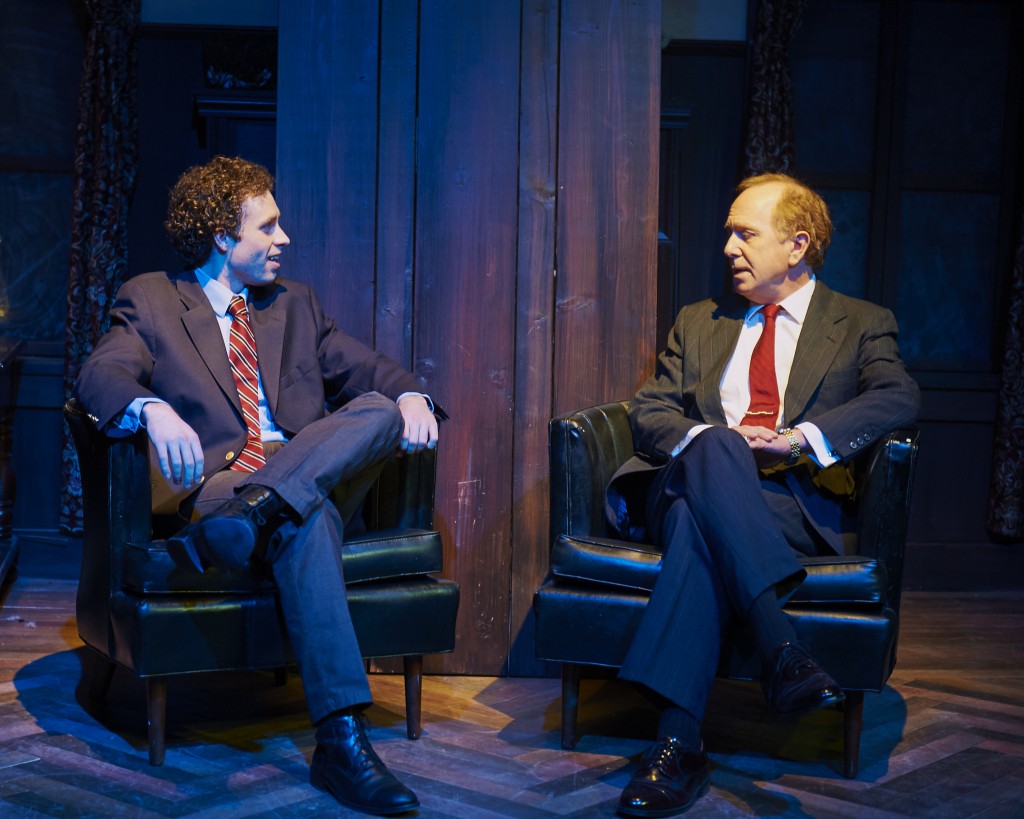 It is high time we put the expression “boys will be boys” to bed. Those still needing good reason to retire this persistent slogan of blatantly gendered rationalization need look no further than the U.S. premiere of Laura Wade’s “Posh” at Steep Theatre. Hoping for a repeat of their success in 2008 with Wade’s “Breathing Corpses,” “Posh” levies significant risks that pay off artistically but for which the audience foots the psychological bill.

The extent to which you will enjoy this play depends very much on whether you find its proceedings amusing or insightful. Which, in a way, is a shame since “Posh” represents a high-water mark for director Jonathan Berry who is truly gifted at staging groups that push toward, and frequently exceed, double digits. His cast, a sprawling ensemble of promising young men, deliver performances that are engaged, refined, dangerous and deeply in tune with one another.

Still, it is difficult to get past the overwhelming nature of Wade’s play. While the content may be offensive, Wade’s writing is only occasionally guilty of excess. Mostly the action is horrifically believable even when the boys commune with the ghost of their club’s founder. Still, the play’s great mess cannot hide the fact that this is a smoothly executed and highly polished work.

Among so many other attention-stealing elements, this fundamental discord is the most difficult to reconcile. Despite having the outward appearance of a philosophical exercise, “Posh” has no inner dialectic. Wade steers the audience bloodlessly toward her own conclusions. Relying on our outrage, she forgoes giving us anything to talk about once her play is over. All questions answered, all conflicts distressingly resolved.

All of which leaves “Posh” feeling hollow, an aesthetic triumph lacking in soul. It is storefront theater’s own “The Little Foxes.” No one involved has done anything wrong, per se. Yet it feels like the last rites of a grand and archaic religion that no one believes in anymore: impressive, even noble, nevertheless it is an echo of a thing rather than the thing itself. (Kevin Greene)