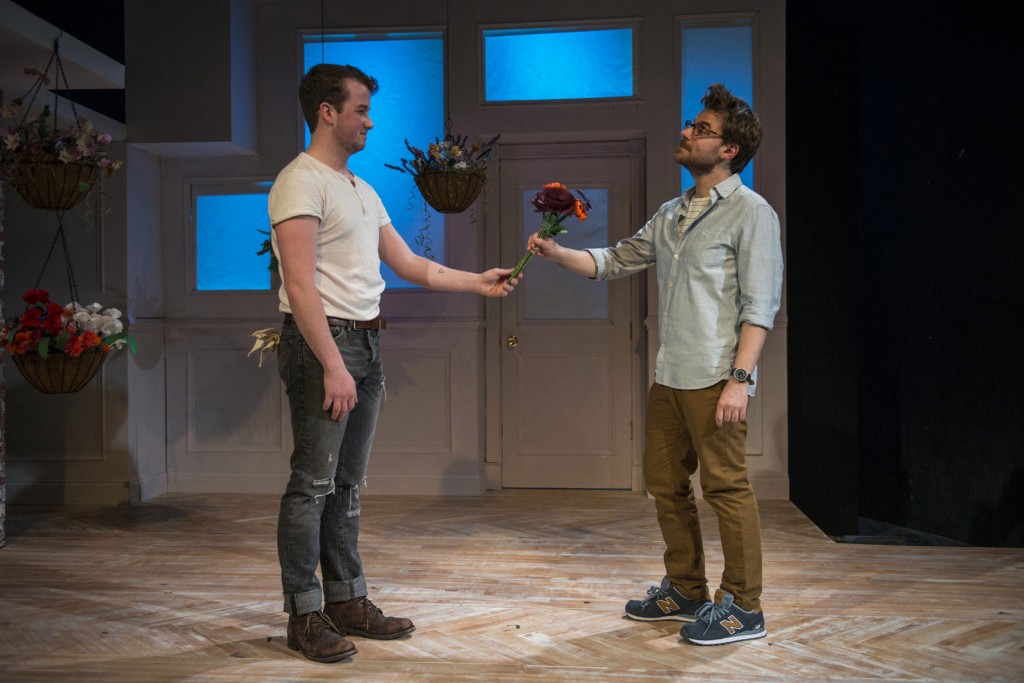 For some people it’s about control. For others, simple pleasure. Many find it a chore though they’d rather not admit it. But we all do it. Especially Republicans.

Classification is, in many ways, a form of survival. Giving names to things helps us identify what they are and how we should act toward them. It’s how we know to only eat certain kinds of mushrooms or to not wear white to your best friend’s wedding. But classification also comes with negative side effects, too. It can demonstrate relationships but is more frequently used to delineate differences. The boundaries and rules of classification make up the thematic material of Philip Dawkins’ “Le Switch,” which opens About Face Theatre’s twentieth season. Like a brilliant composer, Dawkins takes ostensibly simple material and expands it exquisitely with restraint, counterpoint and, finally, catharsis.

While “Le Switch” largely focuses on challenging David’s assumptions about normativity and finding room in his heart for Benoit’s joie de vivre, the supporting roles poignantly fill out the play’s universe. David’s sister Sarah (Elizabeth Ledo, whose second-act monologue will have you pulling out your hanky) falls in love with her green-card-bearing “husband” after ten years of tidily arranged marriage. David’s best friend Zachary (the flappably funny La Shawn Banks) finds the fight for the right to marry easy compared to the constant battle of the union itself. Then there’s Frank (Mitchell J. Fain), an archetype of paternal wisdom and warmth, a pillar in David’s life and an ode to the millions who fought (and continue to fight) tirelessly for equality.

With a versatile set from Joe Schermoly and tasteful direction by Stephen Brackett, Dawkins’ play follows through on its motif of “Everything matters.” “Le Switch” understands that gratification derives not from easy sentimentality but attention, care and patience. You will be sad when you leave but glad that you got to experience its tenderness and generosity.

And that is an experience some might classify as love. (Kevin Greene)