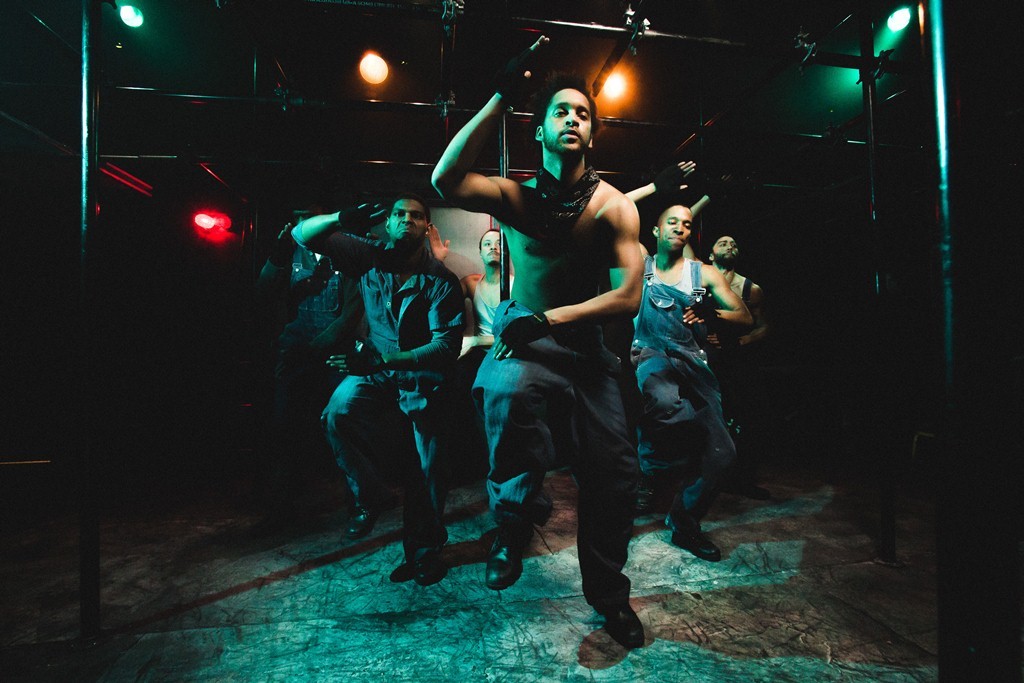 Despite levying criticisms at both sides of the capitalist/socialist divide, Eugene O’Neill’s 1922 play “The Hairy Ape” teems with Marxist zeal. One wonders what O’Neill’s anti-hero Yank would think of a presidential election cycle where a self-declared democratic socialist is challenging the advancing plutocratic influence in America. Oracle Theatre’s new interpretation folds in race with O’Neill’s classist concerns. In doing so, the production shines a spotlight on glaring fissures in the landscape of equality while inadvertently illuminating some gaps in its own beliefs.

Oracle has been very forthcoming about director Monty Cole’s decision to use an all-black, all-male cast for this production. Cole is a good fit for Oracle as he is overflowing with visual and thematic ideas. Despite being an intensely energetic, highly choreographed production that makes extended use of its utilitarian set (Eleanor Kahn), “The Hairy Ape” nevertheless lacks coherence between its various components. The performance glue that might hold these disparate elements together is also conspicuously absent. Setting aside the authenticity of Yank’s urban drawl, at times it is impossible to understand Julian Parker, a shortcoming that obscures many pivotal scenes.

The decision not to cast any women, while perhaps financially sound, represents a critical erasure. What we are presented with is a parody of womanhood: Tony Santiago with a scarf and a bow. The women we do meet in “The Hairy Ape” are not meant to be likable—one might effectively argue that likability here is a moot point—but their presence, especially in the cutting scene between would-be do-gooder Mildred and her aunt, is meant to reveal a unique way that privilege manifests itself. Instead, the scene feels like little more than an offhanded break from the abundant amount of time we spend with the men of the stokehole.

With allusions to police brutality and the use of incarceration as a knee-jerk reaction to otherness, this production pushes O’Neill’s expressionism toward a kind of subjective realism. This tactic is the production’s greatest strength and produces its most affecting moments.

For its inconsistencies, “The Hairy Ape” does fully grasp the tragedy of the American dream: the king of the corner is a peasant of the precinct. (Kevin Greene)