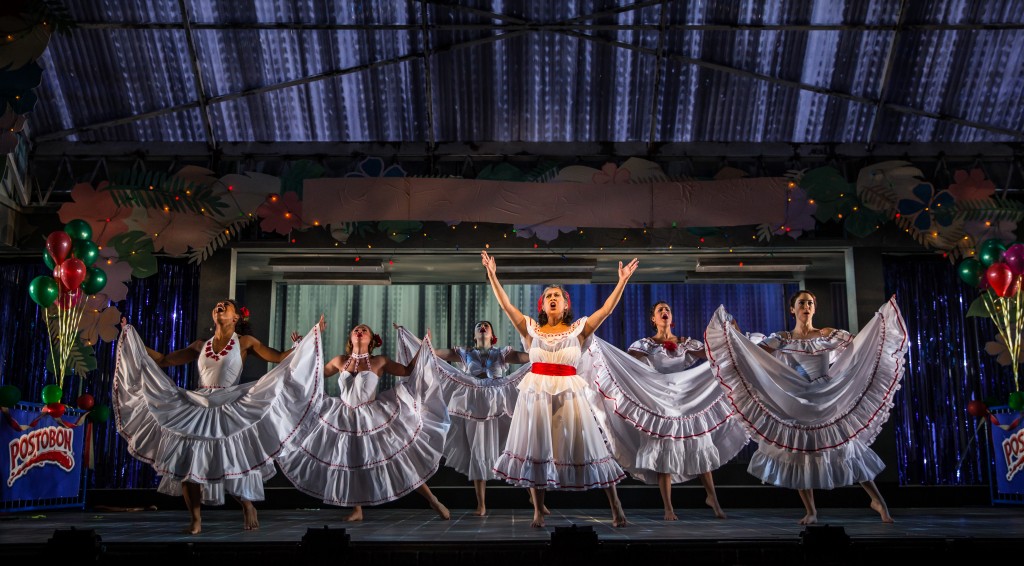 There were times during the world premiere of “Another Word for Beauty” that I had to remind myself where I was. Literally, not in the transcendent sense. This stilted and suffocatingly unfunny new musical from José Rivera is a surprising choice for the Goodman, to say the least. A halfhearted attempt at prison comedy that is deficient in nearly every conceivable way, “Another Word for Beauty” makes “Orange Is The New Black” look like “The Shawshank Redemption.”

While the reminder that beauty is not just skin deep is almost always welcome, Rivera’s characters are ironically shallow and entirely hollow. The five girls selected to compete in the prison’s annual beauty pageant receive most of the focus. They are given two vignettes apiece in which to capture, in the broadest strokes possible, their victimization by the corrupt, misogynistic nation of Colombia.

Politically these scenes are the equivalent of a teenager screaming at their parents, a jumbled mess of questionable rhetoric, lack of accountability and frustration-fueled cursing. The play loses the dramatic emphasis and even the novelty of its strong language well before the conclusion of the first act. From there every new “motherfucker” or “bitch” fall like blows to a lifeless horse.

Rivera seems completely disinterested in any form of meaning making. Every new moment is divorced so completely from the one that preceded it as to feel drawn from a different play entirely. Structurally inconsistent and tonally schizophrenic, the striking inanities of “Another Word for Beauty” are made most evident in a scene where the contestants are asked the question from which the play’s title derives. Their answers are as one-dimensional and void of personality as the girls themselves.

What is perhaps most maddening about “Another Word For Beauty” actually has little to do with the play itself. The fact is that there are very few roles in theater for women of color. Rivera’s play feels like the equivalent of rounding up all the sidekicks and token neighbors from all the bad sitcoms of the last twenty years and forcing lame exposition on them like Flintstones vitamins on a child. Far be it for this writer to claim what women of color need but I do believe they deserve far better than this. (Kevin Greene)