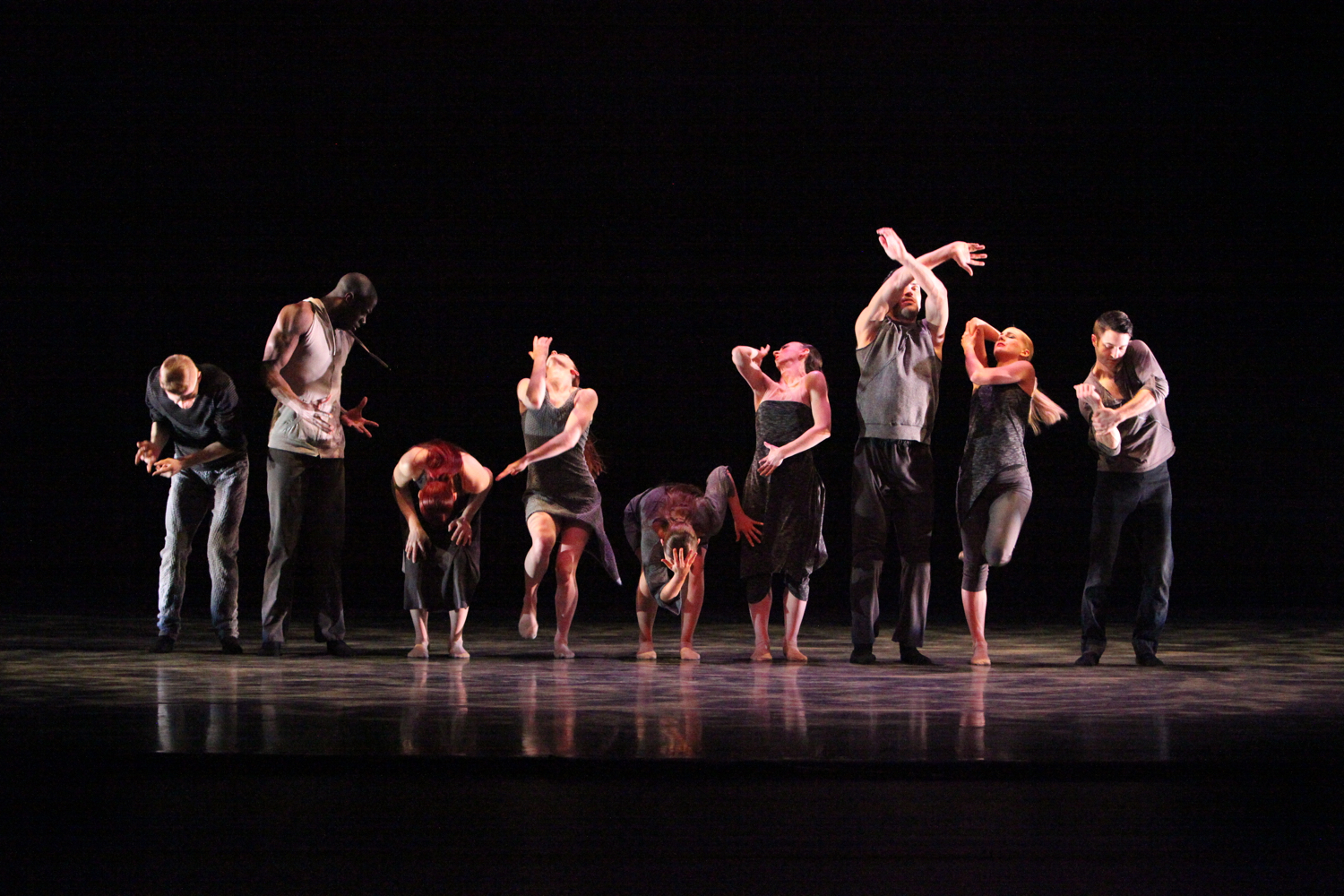 When Gus Giordano founded his company in 1963, jazz dance was something that fell between vaudeville, social dance and street performance, an ephemeral form that wasn’t yet the legitimate art he was certain it deserved to be. By the time the “godfather of jazz dance” passed away in 2008, his company had made jazz hands, shoulder rolls, isolations and grounded, percussive movement a standard of American concert dance, as well as necessary training for aspiring hoofers. Though it dropped the word “jazz” from its name a few years ago, Giordano Dance Chicago, under the direction of Giordano’s daughter Nan since 1993, has continued to bill itself as “America’s original jazz dance company” and continues to have a strong voice in how the genre defines itself, both by upholding the legacy of Giordano’s signature style and by fostering the evolution of the art with commissioned works by contemporary choreographers. Muscular and explosive, Giordano Dance Chicago performs at its usual scale at the Harris in April, but in “Closer Than Ever,” the legendary company invites scrutiny of its proceedings on the more intimate stage of the Dance Center of Columbia College February 4-6, with a program that places Giordano’s 1978 solo “Wings” alongside recent works for the ensemble by company member Joshua Blake Carter and guest choreographers Roni Koresh, Ray Mercer and Christopher Huggins.

In describing how the company presents itself, “the word jazz was misleading,” Nan Giordano explains. “We had to apologize because people would say, ‘I don’t like jazz, I don’t like jazz music.’” But the dance refined by her father had little to do with a particular period or variety of music. Instead, “it is a rhythmic pulse that comes from within,” she says. “All the movement is initiated from the center, from the pelvis, and it is grounded, athletic and powerful.”

Carter, who has danced with Giordano Dance Chicago for six years in addition to directing the Giordano II junior company, describes jazz as a philosophy more than a form. “The essence of the company is the soul. You will always see our souls onstage—you will never see us doing a piece that requires no expression. I think that’s what the essence of jazz is.”

Yet, about his contribution to the program, Israeli choreographer Koresh declares, “Is ‘Exit4’ a jazz work? No. It falls into contemporary or modern dance. Something that has that power, energy, punch has to have a category, but jazz was always a derivative of what happens in the street. No one dances to jazz music anymore—it’s industrial or hip-hop. ‘All that jazz’—what does that mean?”

The answer seems to lie in the company’s relationship to Giordano’s legacy. “The Giordano technique is living very strong,” says Nan Giordano, “The dancers love it. They beg for it,” and they train in the technique weekly. “We are in the process of having it certified.”

Koresh, who has operated his own company in Philadelphia for twenty-five years, acknowledges that the task of maintaining a company in the absence of its founder is not without complications. “It doesn’t make sense to me to create a company for others to choreograph,” he says. “Continuing Giordano’s work is hard and limiting. When you are maintaining someone else’s vision, you can keep the heart of it, but you have to evolve and grow.”

“If we revive a Gus Giordano piece, we would call that a classic piece—that’s jazz in its purest form,” notes Carter. “Change is necessary, and change brings opportunity. But there’s something about us that’s unapologetic. We’re not afraid to be a jazz company. We’re trying to expand people’s idea of what jazz is. Dance is a living, breathing art form. Preserving the old works is important. For people to understand the evolution, they need to see where it came from.”

Briefest of the pieces on the program, Giordano’s “Wings” is a four-minute meditation on the afterlife originally choreographed to Joan Baez’s a cappella recording of “Swing Low, Sweet Chariot.” With Chicago singer Dora Washington performing live for the rendition at the Dance Center, it is a reminder that the certainty of the afterlife can only be expressed by the living.