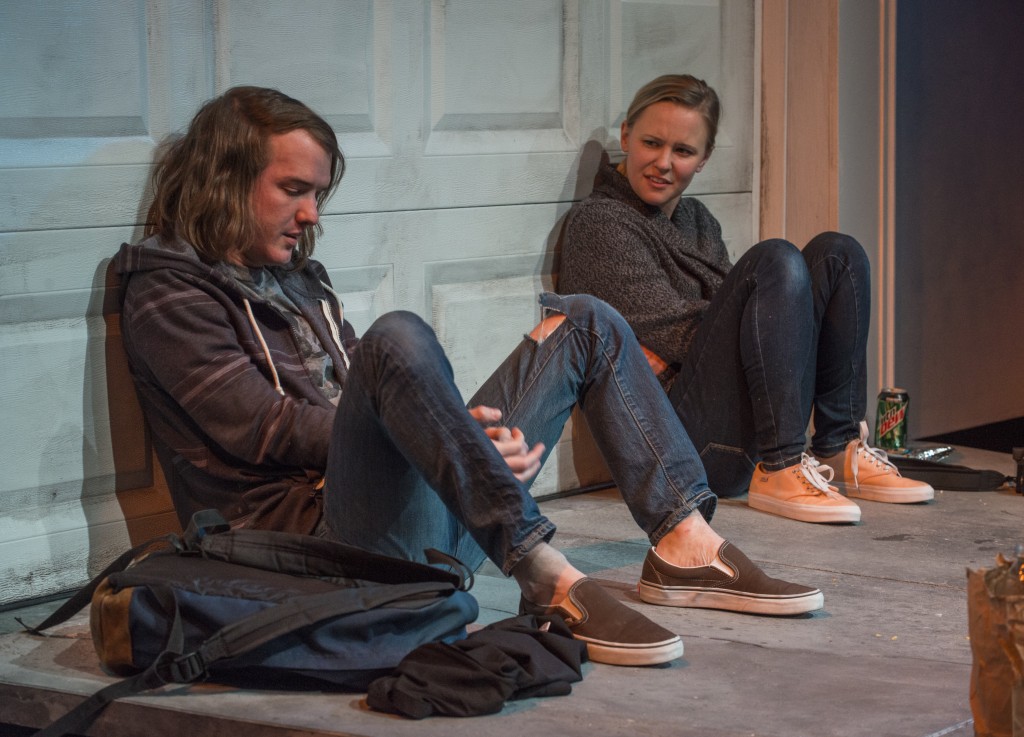 If you ever wondered what “Bill and Ted’s Excellent Adventure” would look like as a Greek tragedy, this is your chance to find out. Set in post-housing bubble collapse California, Dan LeFranc’s “Bruise Easy” showcases a suburban world of unkempt lawns and disintegrated families. Against this backdrop, long-since-separated siblings reunite on a crumbling driveway to await the return of an absent parent. As the hours slip by they discover many an ugly truth about themselves.

The true tragedy of this play is how little “Bruise Easy” says about life, suburbia or fate. I could excuse the near constant parade of disturbing images (such as a drunk pregnant woman making out with her brother) if only there was a greater point. Heck, I would have settled for just a few tips on how to repair a driveway rather than a character vomiting on stage for no apparent reason other than to gross out the audience. Even a fine effort by Matt Farabee as Alec (a laid-back stoner type a la Spicoli in “Fast Times at Ridgemont High”) fails to elevate the work primarily because the script expects him to be a tad more sinister than the dialogue allows. The play also wastes a solid performance by Kelly O’Sullivan as Alec’s sister, Tess, along with a good set design by Chelsea Warren.

One creative touch in the production is the chorus of neighborhood kids cast entirely by local high school students. Comically deadpan and self-aware, they are a compelling counterweight to this otherwise overly serious play. One of the few truly engaging moments is when the chorus confronts a confused and clearly vulnerable Tess. The production could use a lot more of this. Instead the play delivers mostly cringe-worthy scenes that do little more than bruise the surface. (Noel Schecter)