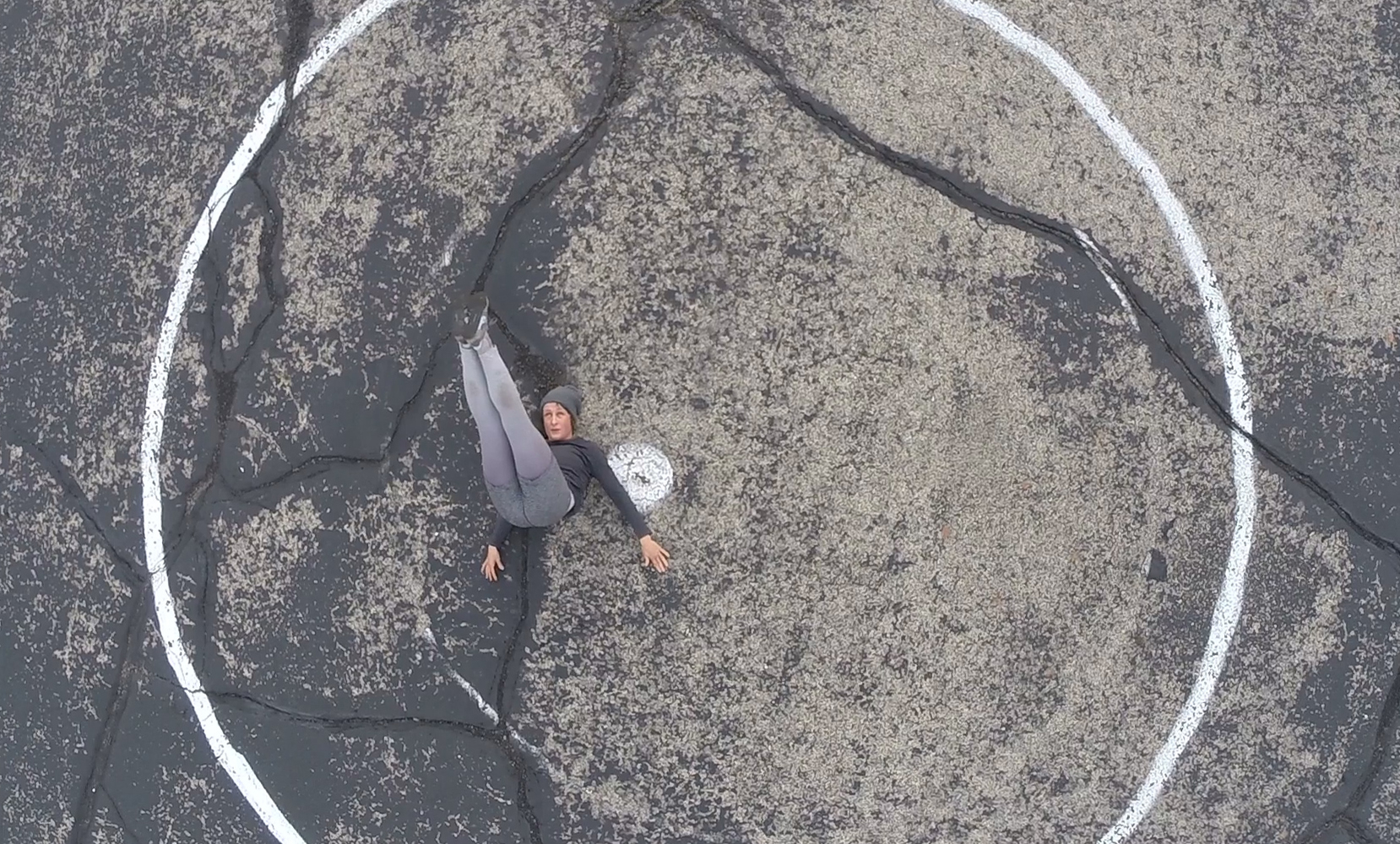 You’d expect to find more examples of Information Art as text printouts or video, not incorporated into dance—but that’s precisely the conceptual background against which longtime performance art and dance figure Ginger Krebs places “Buffer Overrun,” which premieres this month at the Storefront Theater. The piece is grounded in the artist’s concern for salutary self-reflection: “Everything that I set out to make cutting-edge always has a retrofuturist feel to it. No matter what. With this piece, for some reason, the eighties—I’ve had to become way more educated about what performance art was happening and what was happening in alternative theater at that time.” The project is also a recipient of a coveted Chicago Dancemakers Forum Lab Artist grant, and of numerous other development grants. “It’s the way capitalism filters down, there’s this idea, you’re going to maximize efficiency, on some level to make money for somebody, but the way that filters down and affects interpersonal relationships, that’s deeply troubling to me and I’m guilty of it,” says Krebs of her earliest contemplation of the performance, now in its final-stage settings. And with numerous kinetic effects, including a digital text scroll and tilting platform that Krebs and dancers Sabrina Baranda, Elise Cowin and Joanna Furnans will perform upon, and audio by Joseph Kramer, it may also help elucidate the difficulties of a life lived under constant sensory assault. (Michael Workman)