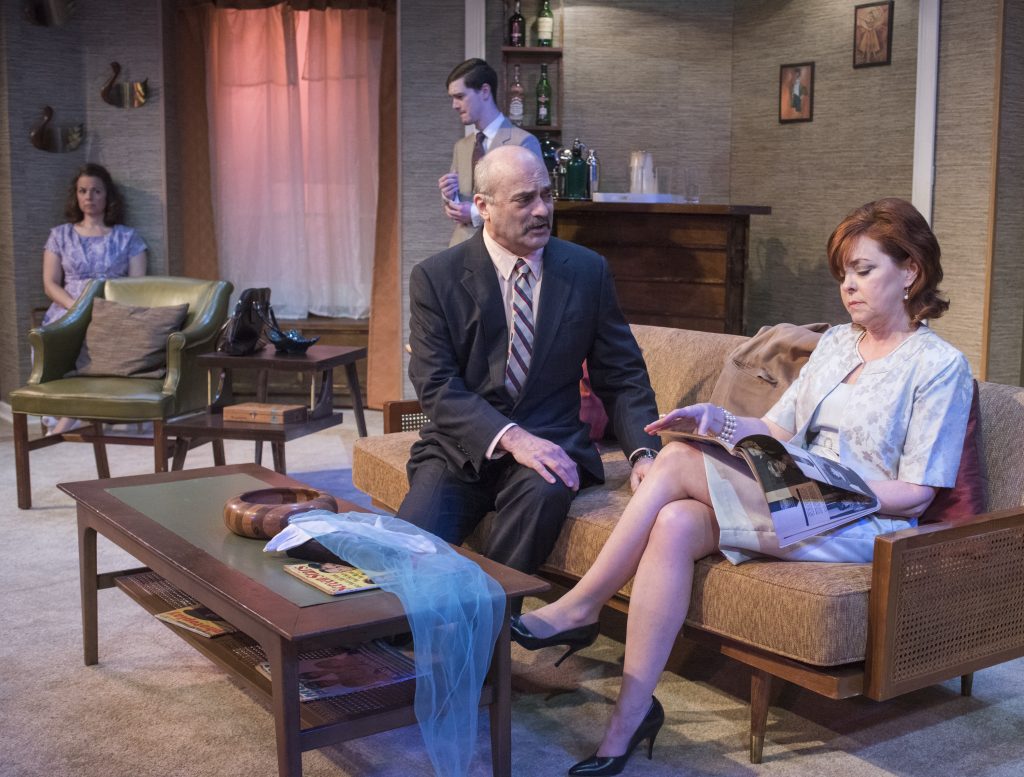 The late Horton Foote’s “The Old Friends” is a play about people getting what they want. Whether jewels, booze or attention, any deprivation is fleeting. As a criticism of the privileged class, it falls short of being damning or offering much in the way of compassion. Its Midwest premiere at Raven Theatre lurches unpredictably between Miller-lite melodrama and Simon-esque satire.

For the most part, the characters of this play are the same miserable lot at its conclusion as they were at its start, save for Sibyl (Lori Myers) and Howard (Will Casey), who inherit the moral high ground early and are never forced to defend it. While there is some promising tension at the beginning of the second act between Myers and JoAnn Montemurro (whose petulant Gertrude makes Norma Desmond look reasonable), it doesn’t last long. By the time Foote brings out Chekhov’s gun, things have taken a turn for the ridiculous from which they never completely recover.

Raven’s admiration of classic work does not fully account for this production. “The Old Friends” was well on its way to being a mostly forgotten, minor entry in Foote’s extensive catalog before receiving its world premiere in New York in 2013, nearly five years after his death. It is firmly rooted in the shifting sixties though it doesn’t evidence much in the way of prescience, making it a curious choice for revival. Anyone needing a reminder about the indefensible selfishness of the affluent need only briefly flip on the network news channel of your choice during this seemingly endless election cycle.

As for the passionate entitlement of older white people… see above.

So why this play? And why now?

“The Old Friends” might have proved intoxicating to audiences had it been produced when Foote was originally working on it. However, in 2016 its mixture of absurdity and self-seriousness is difficult to swallow. This production needs to adjust its proportions if it’s to become palatable. It can be either a stiff or a sweet drink but it cannot be both. (Kevin Greene)