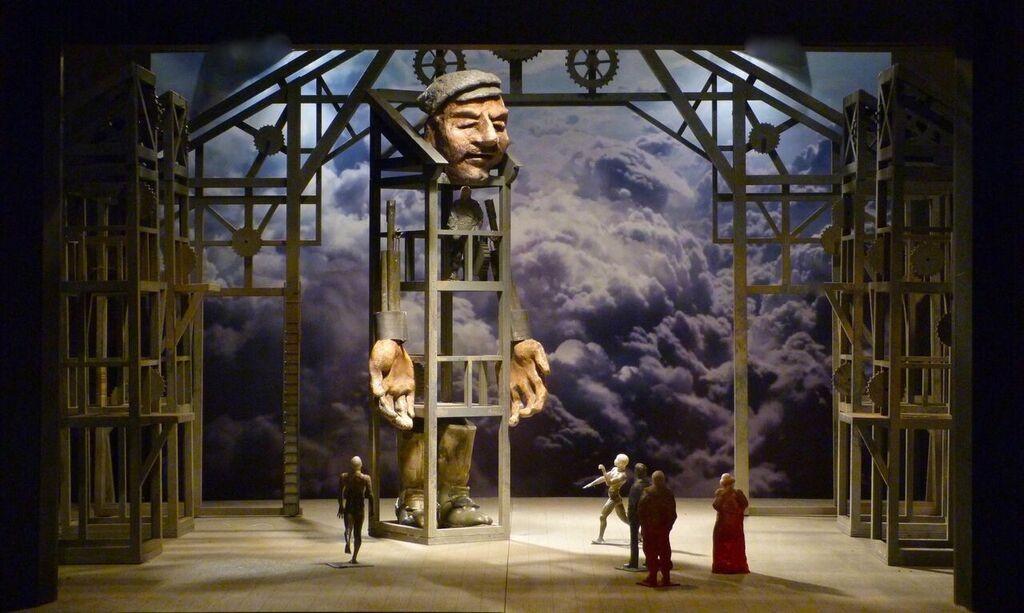 Model of the set for Lyric’s “Das Rheingold”

Lyric has announced its electric, eclectic 2016/17 season. If you’re already an operagoer, this is a major opportunity to put seldom-heard notches in your production belt. If not, this could be an exhilarating new journey where art forms merge, creating a distinctive experience.

The season begins with a new production of “Das Rheingold,” the first of four Wagner operas to be presented by Lyric, one each season, culminating in the glorious marathon of an entire “Ring Cycle” in April 2020. You could compare that event to binge-watching the complete “Star Wars” saga. I had an opportunity to chat with Lyric’s general director Anthony Freud about the upcoming season. “New productions of ‘The Ring’ are infrequent enough to generate international attention.” he says. “Those who love ‘The Ring,’ known affectionately as Ring Heads, indulge their passion by traveling extensively to see productions.” The story follows a set of gods, gnomes and the Brünnhilde of Marvel Comics and Bugs Bunny fame.

Next follows a triptych of death. “Lucia di Lammermoor” finds the leading lady dying of grief. Its celebrated “Mad Scene” Freud calls, “A fifteen-minute vocal tirade of acrobatics and agility.”

Although we know the ending all too well, you’ll still cheer the doomed, windmill-tilting knight errant of Massenet’s “Don Quichotte.”

If you’ve grown tired of child-centric productions of “Magic Flute,” get ready for a brand-new realization. The Lyric team is keeping close-mouthed about the designs, which must mean we’re in for a treat! “’Magic Flute’ can be viewed as childlike, a cheerful and engaging pantomime, or on a philosophical level,” says Freud. 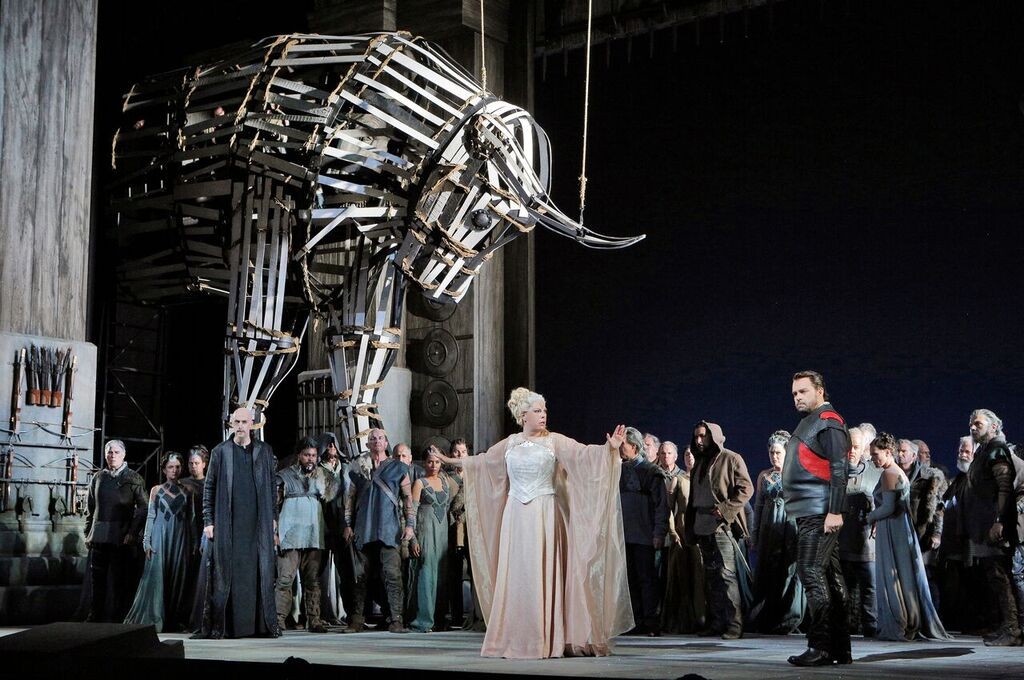 Sondra Radvanovsky has repeatedly graced Chicago with her stunning voice and realistic theatricality, always to great acclaim. In January, she returns as Bellini’s Druid priestess in “Norma.” Returning to the tragic, we’ll witness the supreme sacrifice of a noble heart.

Under the auspices of Lyric Unlimited, a far-reaching initiative that encompasses company activities outside the mainstage season, comes “Chicago Voices,” which is spearheaded by creative consultant and beloved soprano Renèe Fleming.

“Chicago Voices” is not a vocal competition, according to Lyric Unlimited director Cayenne Harris, but a chance for Lyric to “work with community-based groups to turn stories they have submitted into original works, using the building blocks of opera.” The top three groups selected by an online poll will receive technical and artistic support as they build their pieces.

In February 2017, “Chicago Voices” will produce a gala concert, featuring blues, jazz, soul, rock, folk, hip-hop, gospel and classical music. There will be performances by the winners, Fleming, Herbie Hancock, Kurt Elling and John Prine. “Chicago Voices” will bring the city together for a celebration of our musical diversity.

If it seems soon to revisit “Carmen,” Lyric’s upcoming production has the added element of spoken, as opposed to recitative, dialogue between the arias and ensembles with acclaimed tenors Joseph Calleja and Brandon Jovanovich sharing the honors as the anti-hero who abandons everything to follow the gypsy spell cast by a single rose. 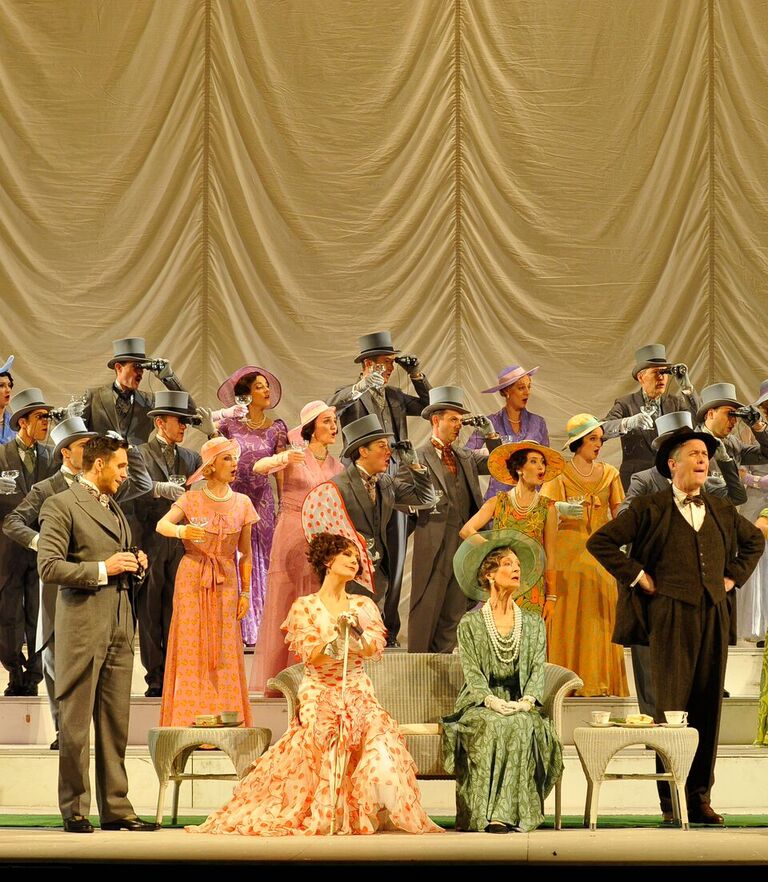 Lyric Unlimited steps up to the plate again, presenting “Charlie Parker’s Yardbird,” an opera based on the legendary saxophonist and bebop artist, starring tenor Lawrence Brownlee. Harris, who has followed the opera from its conception, commented, “To see Lawrence in this particular role, this very creative, tortured soul, you can see he has a sense of pride about his own heritage, something he really treasures.” Following the legendary jazzman’s personal and artistic journeys, “Yardbird” will be presented in the Harris Theater, a more intimate space for a highly personal story. If jazz is your thing but you’ve shied away from opera, this story is your recipe for a broader horizon.

The opera season properly closes with Tchaikovsky’s “Eugene Onegin.” With its heart-rending arias and irrepressible dances, this is a grand ending to Lyric’s season.

Coda: Lyric continues its exploration of the musical form with Lerner and Loewe’s “My Fair Lady.” Lyric’s foray into this repertoire has delighted the theater-going public. Get your tickets early, or be left out in the cold night air.