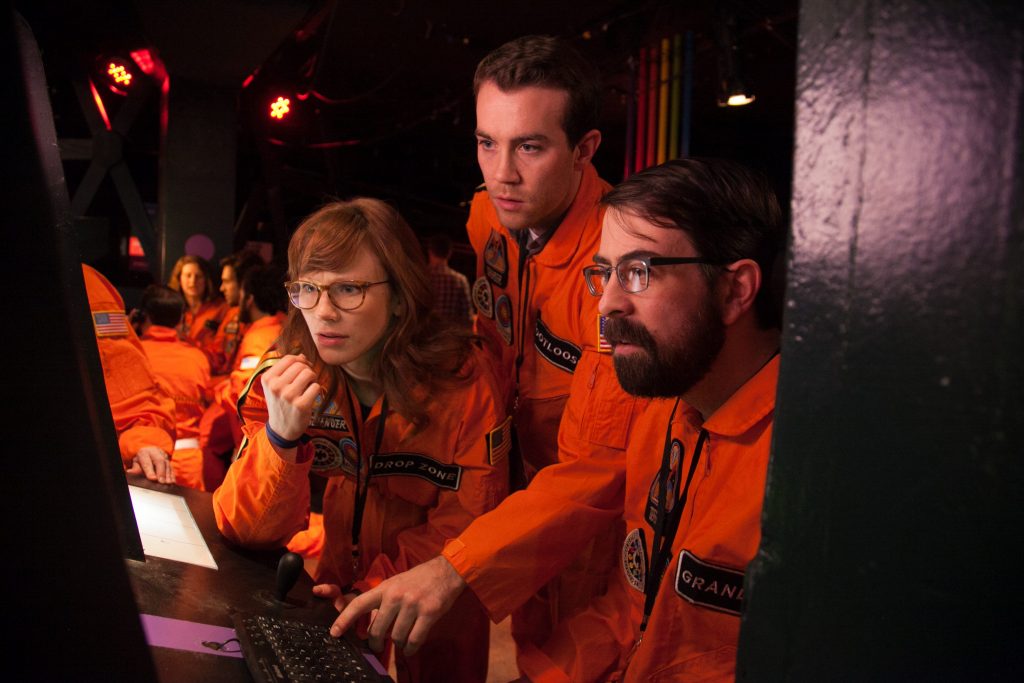 There are two words that can make almost any regular theatergoer flinch: audience participation. The irony is unmistakable. In an art form that lives and dies on vulnerability, our threshold for discomfort is set squarely at the fourth wall. This intolerance is the theatrical equivalent of avoiding eye contact with the petitioners outside your gym. So it inspires great humility and even greater pleasure to report that the most enjoyable show currently playing in Chicago not only encourages participation but requires it.

Yet, there’s more to this artistic decision than just poking fun at that most kitschy of decades. “The Last Defender” necessitates problem solving in analog formats via direct communication. In a time when even crosswords and Sudoku puzzles are being done on tablets and cellphones, running to and fro in the basement of the Chopin I felt as though I was unlocking a dusty part of my animal brain.

While the story part of this experience tends to get lost in the hubbub, House Theatre artistic director Nathan Allen, who wrote and directed this piece, has a mission that is loftier than mere entertainment. Anyone with passing familiarity with the House would well expect the high levels of design found here in spades thanks to Chris Burnham (art direction), Sandor Weisz (puzzles), Lee Keenan (scenic and lighting), Melissa Torchia (costume), Eleanor Kahn (properties) and many others.

Still, trusting one’s ensemble is one thing, trusting one’s audience is quite another. House Theatre of Chicago is responsible for some of the least-pretentious high art in our city. There is real and well-deserved affection for this company that goes beyond niche. Like a spring-loaded door on the other side of which is the key to saving the world, they release something in us.

So come play. The world needs you, defender. (Kevin Greene)