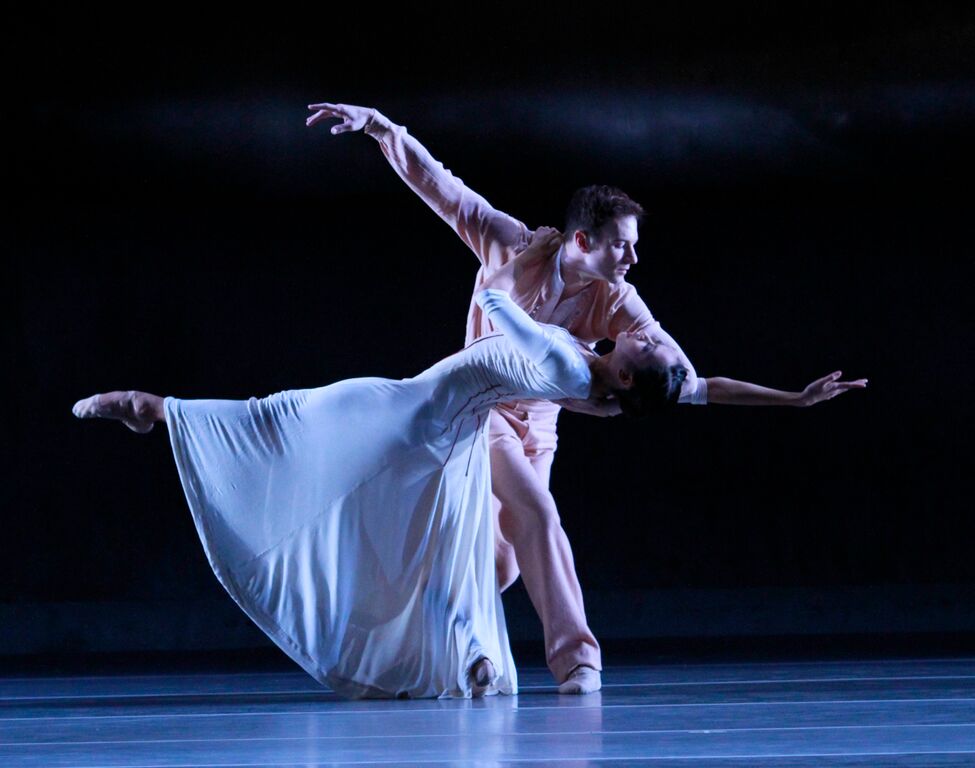 The title of the Joffrey’s winter program references not only a stylistic theme for the movement on the stage—three pieces by contemporary choreographers—but also the music accompanying it. Performances will be accompanied by the Chicago Philharmonic, which sinks its teeth into Benjamin Britten’s stormy, sweeping “Sinfonia de Requiem,” the accompaniment to Jirí Kylián’s lyrical, emotionally charged “Forgotten Land.” Kylián’s 1981 piece takes place before a backdrop of a troubled sea; dancers in flowing, ankle-length dresses evoke a sense of nostalgia and melancholy. The piece is inspired by an Edvard Munch painting, but the imagery could as easily be pulled from a Virginia Woolf novel. Also on the program is a commission from choreographer Ashley Page, who sets his new work for twelve dancers to Thomas Adès’ violin concerto “Concentric Paths”—which should be as much a treat to hear performed live as it will be to witness a new dance work by the former choreographer for the Royal Ballet. Rounding out the program is a restaging of Yuri Possokhov’s narrative ballet “RAkU.” (Sharon Hoyer)