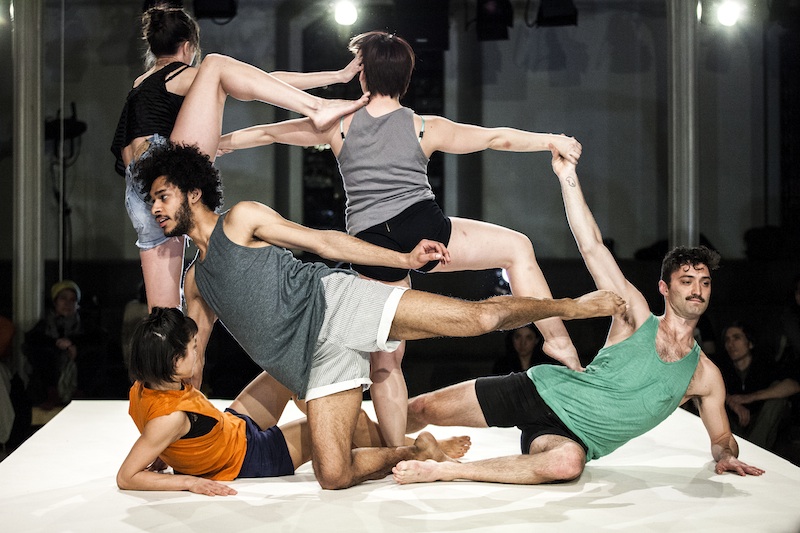 This month, the New York-based Driscoll brings an audience-integrative approach that would have had Brecht guffawing with delight to the MCA Stage. Typically blown past in the New York press as a crazy “game of Twister,” the contact improvisational, orgiastic subtext of her effort to literally blur and blend the boundaries of the five dancers’ bodies, and with the perception of physicality as experienced in the minds of the audience, imbues the performance simultaneously with a potential for danger and an eerily echoing jouissance. Bodies swarm, conform, join, reform, find shape and lose themselves in intricate group formulations, dispersing energy and elaborating new physical states as individual bodies, and as those whose constant swarms of recombinations recall that of nucleic acids, or some chemical reaction happening beyond the view of the naked eye. Only those who attend have the chance to find out where on the spectrum these extremes may land. (Michael Workman)