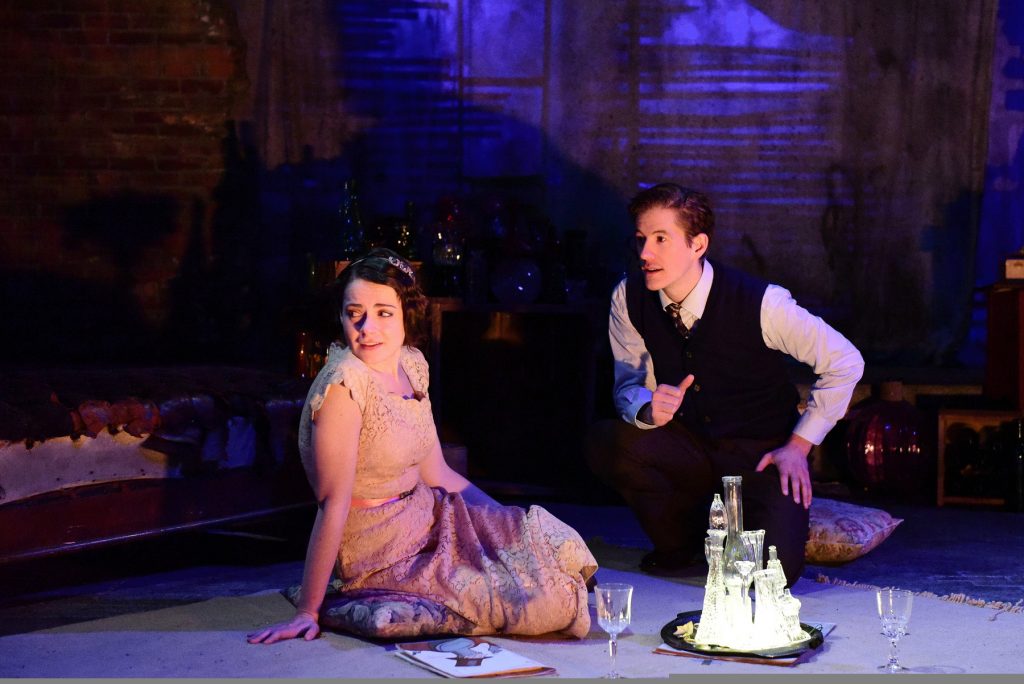 “The Glass Menagerie” comes with its own set of built-in values. Mounting it is like renting a vintage sports car. It is a luxurious, time-tested play that is bound to garner attention whether you launch it out of a reputable regional playhouse or a metropolitan storefront. Yet it is easy to be too attentive to Williams’ anti-magic act, to swoon too deeply for the charms of his play. With their current production, The Hypocrites fall hard for this national treasure. The feelings, evidently, are not mutual.

Some printed versions of the text include Tennessee Williams’ extensive suggestions on how to produce his play. It is a paternal gesture, for sure, feeling at times a bit like the parable of the prodigal son: oblige me and I will look after you but return to me repentant and I will exalt you.

Very much pursuing the latter option is Hans Fleischmann, who directs and stars as Tom Wingfield. Reassembling much of his artistic team from the 2013 Mary-Arrchie production, Fleischmann evidently felt there was more to do, further yet to go. Nevertheless, the reasons for this remount remain frustratingly obscure throughout its lugubrious two-and-a-half hours.

Tempting as it may be, the issues with this production can’t be wholly chocked up to the last-minute substitution of Kate Buddeke for Donna McGough. Buddeke is a plenty accomplished actor in her own right and her Amanda is delicately damaged. Nor can it be ascribed to Fleischmann spreading himself thin. Some of the play’s best scenes occur without him and owe a great debt to his tempered direction.

With evocative lighting from Matt Gawryk and a lavishly destitute set from Grant Sabin, the mystery of why this production feels like such a slog only deepens. Perhaps it’s supergroup syndrome: great players getting in each other’s way. Or maybe it’s the sanctity of the proceedings; the well-intentioned attempt to please Williams’ fickle ghost. The conjuring act that Tom alludes to at the play’s start is notably absent. Shrouded in mystery, the truth of this production is nowhere to be found. (Kevin Greene)