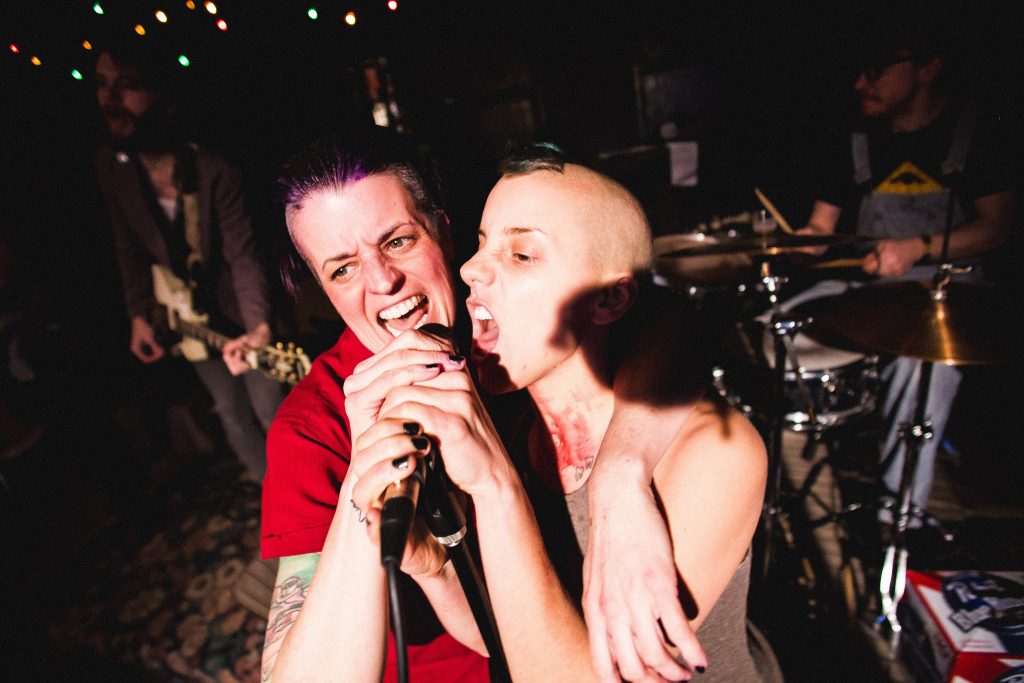 Iggy Pop. Tom Waits. Two musicians whose only direct connection is Jim Jarmusch’s cult classic “Coffee and Cigarettes.” And yet they have plenty in common as icons of creativity and persona. Through their work they have encouraged listeners of all ages to tear it up and let it go in thought and in deed. Two such fans that have taken their lessons fully to heart? Molly Brennan and Malic White.

Using the life and art of Pop and Waits to thoughtfully examine their own identities both on and off the stage, Brennan and White share a good deal while still remaining elusive. White in particular is a captivating inverse of Brennan’s all-or-nothing tendencies. While Molly claws away at her own artificiality, Malic assembles the scraps in order to construct a suit of armor.

Beyond the self-reflexivity and meta-commentary, there is real tenderness between these two performers who are also partners. The show’s most profound moments attempt to show them as they really are. And while the transcendence is never fully complete—as is always the case in theater as well as in life—the contrasting tug between these moments of intimacy and the raucously entertaining scenes of music and hilarity strengthens the bond between them like a spiritual Chinese finger trap.

While it may not be their aspiration or even their intent, with “Pop Waits” White and Brennan are supplying their audiences with the same kind of empowerment they receive from the musicians they admire. Their message is a good reminder for adults of both the go-along-to-get-along and against-the-grain varieties. Yet I believe it would find its most intense reverberations in teens and I do hope they find a way to include this most sensitive and ingenuous demographic.

“Pop Waits” is a sad clown duet. It is beautiful and weird. To call it honest doesn’t do it justice. In all its complexity and artificiality, it’s just real. (Kevin Greene)