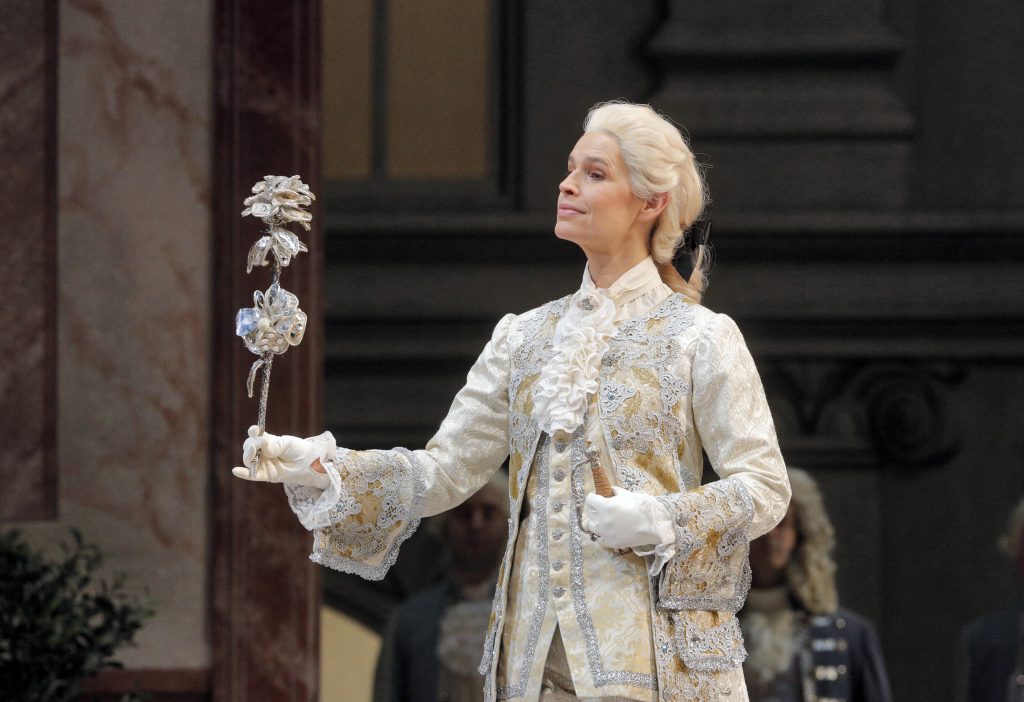 Can anyone listen to the uprush of that first glorious phrase in “Der Rosenkavalier” without getting goose flesh? Without feeling a joy so intense it puts one’s heart in one’s mouth?

One is in a fairyland that never was and will never be, the Austro-Hungarian aristocracy not only idealized but transported to an eternal park in the sky. It is Shaw’s “Man and Superman, ” the sound of angels laughing. It is Moliere’s “Le Bourgeois gentilhomme” set to fastidious, fantastic, passionate music. It is paradise, an Eden of gaiety, of delicate, indolent sensuousness, a world of endless late-afternoon summer sunshine.

Thirty dedicated artists brought that world to life on Monday night. Of these, Amanda Majeski as the Marschallin was beautiful, refined and passionate in everything. Sophie Koch as Octavian sang superbly, moved athletically, parried and riposted well. Christina Landshamer as Sophie was exquisite in melody and affronted modesty.

But the star of the evening was Matthew Rose, who carried off Baron Ochs’ stupidities, bluster, impermeable self-absorption and absurd condescension to perfection. He provoked my immoderate laughter. He was a joy to watch. He acted the Baron’s moods, gestures and thoughts to Strauss’ music flawlessly. When he was shamed or threatened, his sanctimonious invocation of the “rights, privileges and immunities of blue blood” provoked roars of mirth—or should have. Mr. Rose is an important artist of presence, power and subtlety.

Rodell Rosel and Megan Marino, as Valzacchi and Annina respectively, mugged, fawned and sneaked around delectably. The singer, René Barbera, warbled to good effect and Patrick Guetti brought an awe-inspiring stature and a voice to match to the role of the police commissioner. Edward Gardner conducted a heavily cut score vigorously.

Where was the packed house that should have been there? Earlier in the week, I saw main-floor seats offered for $99. To think that Lyric was forced to pawn the main-floor to get a respectable number of bodies in those seats!

Ninety-nine bucks won’t get you an end-zone seat at Soldier Field. But it will get you a main-floor seat at Lyric and four hours of CTE-free pleasure. Go. (Bill Sweetland)