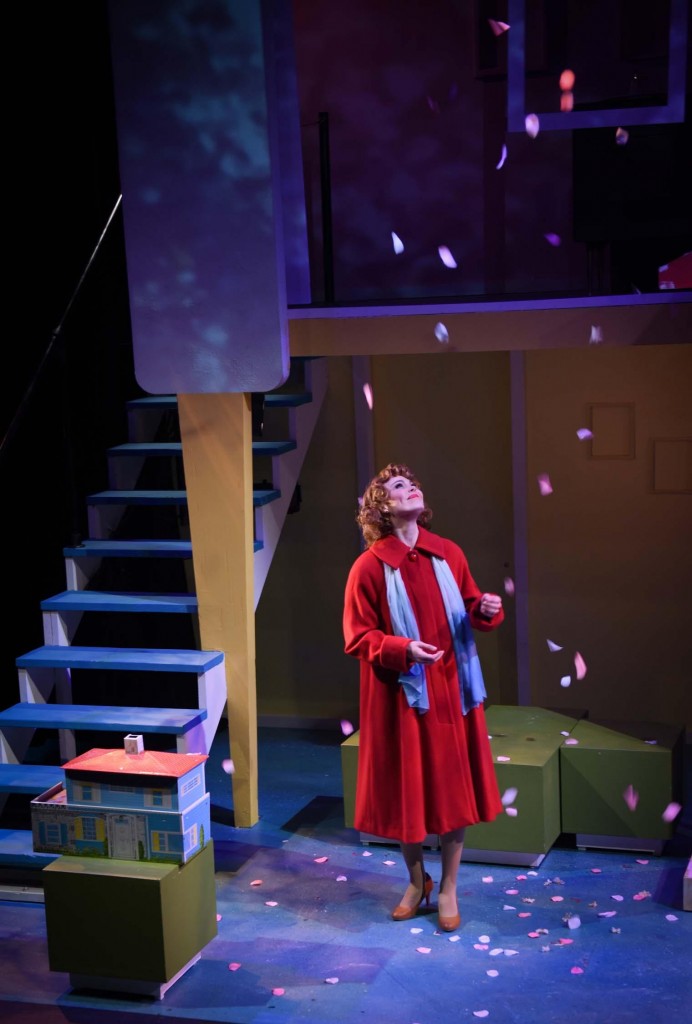 “Far From Heaven, ” the acclaimed 2002 film starring the translucent Julianne Moore, was penned and directed by Todd Haynes and shot using the carefully composed color schemes, camera angles and incandescent lighting of the 1950s when the film is set. An Off-Broadway telling burned brightly and closed quickly in the summer of 2013. Kelli O’Hara, possessed of a nearly impossible soprano voice like a computer powered by the oldest soul on the planet, created a heart-string-searing portrayal, preserved in the revered original cast recording. It may be difficult for the film and musical theater buff not to make comparisons between these expansive constructions and Porchlight’s intimate production.

They mustn’t. The story is retold in a sparkling, uncompromisingly fresh way. Director Rob Lindley’s cast is naked and honest in their joy, confusion, discovery and pain. Lindley lets many scenes linger after the dialogue has ended, hearkening back to Haynes’ unstinting technique. It is clear that the players are living this story with guidance and not stipulation; the performance I saw will not be the same one you see. That you must see. It speaks to 1950s oppression, and we mustn’t forget. We must fight to stop it from living on and to keep it from escalating again. Art, as ever, is the lens of memory.

Scenic designer Grant Sabin creates a miracle out of four spare rooms and a cartful of boxes while Bill Morey’s costumes gloss and sharpen. The cast sings every note truly from a place of intention.

Evan Tyrone Martin is strong and sweet in heartbreaking proportion. If Brandon Springman may seem cast against the Rock Hudson-typing of the era, his raw performance, gigantically sung, will steal your breath.

But Haynes’ story belongs to the leading lady. Summer Naomi Smart, with her singular magic, disappears into this woman’s labyrinth while conquering the score’s vocal challenges so securely that the Moore/O’Hara imprint vanishes. Onstage for almost every moment of the piece, we watch her heart lift, explode, reconnect and begin to rebuild. Her ability to project hope ends the lesson. (Aaron Hunt)