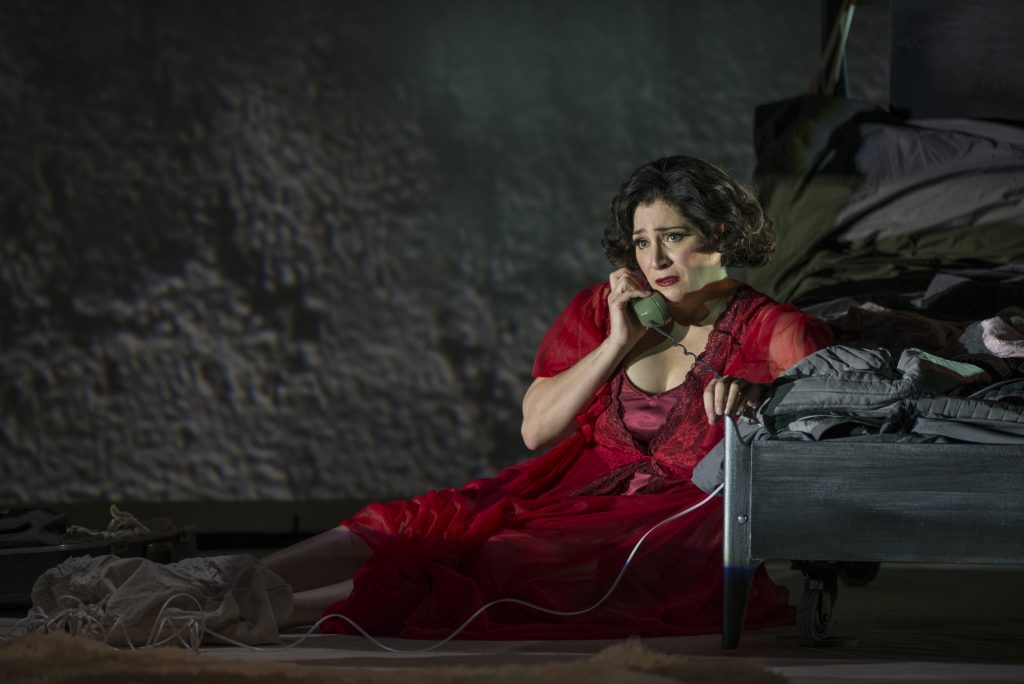 I don’t think I was the only one who observed, immediately after the curtain went up Saturday night on the first of two operas at the Harris Theater, that it was a mistake to stage Francis Poulenc’s “La Voix Humaine” in that cavern.

“La Voix” is a chamber opera, fitted for an audience of no more than 500. The Harris has a capacity of 1,500. Much of its effect depends on the proximity of its performers to the audience and to the orchestra—on the spatial intimacy of these three.

Performing “La Voix” two years ago in London in Wathen Hall (capacity 316), Helen Winter sang and acted from the front of the stage. She sat in front of the orchestra on a chair six feet from a small desk with an attached mirror. On her right was an end table. That was the entire set. The house and orchestra were darkened. The stage light illuminated the singer, her sparse furniture and nothing else. The illusion of a small apartment, late at night, a woman anxiously waiting for her phone to ring, was complete.

Saturday night’s set, a loft apartment with twenty-foot ceilings and gigantic windows, puts the star, Patricia Racette, at an instant disadvantage. “La Voix” is opera intime. It cannot be re-made into grand opera by what the set designer decides to put on stage.

Poulenc employs his orchestral effects in small doses. His dissonances flare up sparingly to express Elle’s nervousness, panic and despair. His music owes much to Ravel and Debussy. Snatches of simple melody, applied as if by an Impressionist water colorist, evoke Elle’s tenderness, regret, sorrow and passion-love.

Poulenc sides with his and Jean Cocteau’s creation. Elle is more than the classic wronged woman. Her convincing cries of agony and horror reveal she is far more in love with the man on the other end of the line than he with her.

Poulenc’s wise, humane sketch of a bewildered woman fighting off shadows of insanity when her lover decides he can do better, touches and convinces the listener. (Bill Sweetland) 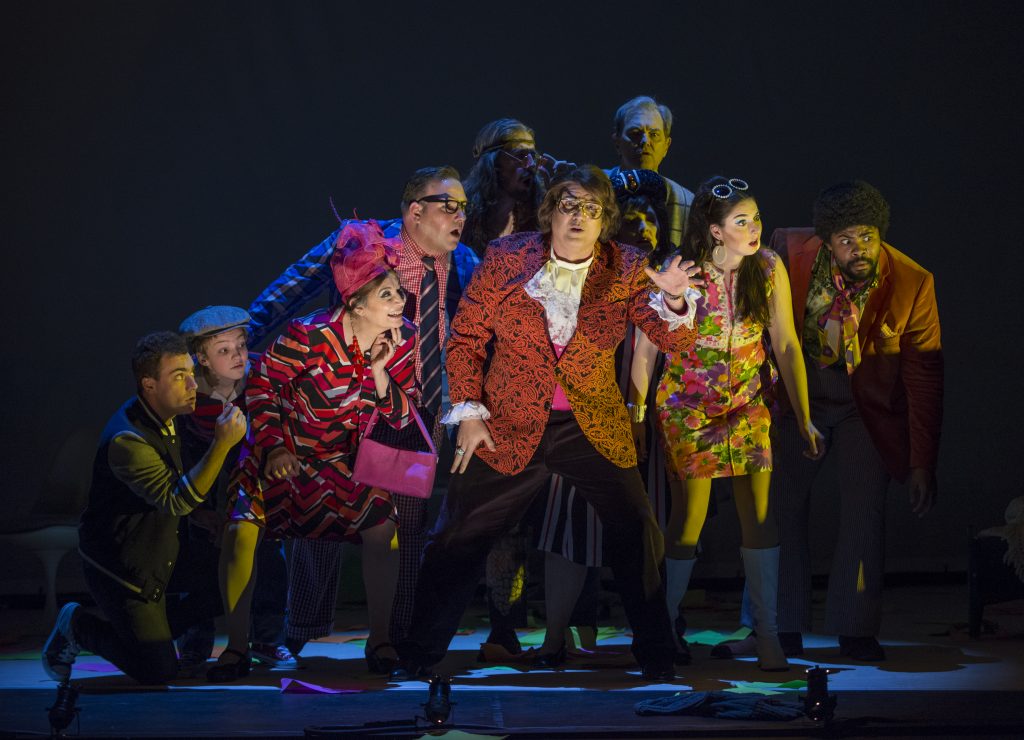 I don’t admire Puccini and “Gianni Schicchi” did nothing to change my opinion. Puccini stands Dante’s Schicchi on his head, making him a comic hero instead of a repellent, grasping forger and parvenu. That mistake was grounded in Puccini’s conviction that the fourteenth-century Florentine merchant aristocracy was as guilty of disgusting crimes and vices as the “rising peasant bourgeoisie” they tried to repress.

Puccini’s treatment of the Donati as ridiculous, petty, greedy hypocrites is most likely just as far off the mark as Dante’s savagely vindictive portrait of Schicchi. In fact, Dante was there; Puccini and his librettist Giovacchino Forzano were not. Dante, measured against Puccini and Forzano, is far the superior artist and judge of character, not to mention a reliable witness.

As usual, Puccini’s strokes of character painting are too broad to be convincing. They are laid on thick, so there shall be no question of who deserves condemnation. “Gianni Schicchi” is too crude to take a place beside Rossini’s “Barber” and “Cenerentola.”

Why did director-production designer Andreas Mitisek decide to range himself with the second-rate imitators of Peter Sellars? Mr. Mitisek’s backdrop, a leaden parody of 1960s wallpaper, molded one-piece plastic Scandinavian furniture, a bed with vinyl-covered, plate-size, stuffed red buttons on its headboard—all of these had lost their power to shock, charm or incite laughter more than twenty years ago. On Saturday night, they were simply boring and predictable—the dull props of a designer bereft of new ideas.

The performers sung lustily and executed the complex ensembles flawlessly. Michael Chioldi sang the title role effortlessly but was fully twenty years too young to play Gianni Schicchi. Taking nothing away from Mr. Chioldi’s excellent singing and enthusiastic slapstick, why do casting people do silly things like this? Emily Birsan (Lauretta) and Barbara Landis (Zita) gave us some magnificent music. Rinuccio was sung by Christopher Tiesi, who has a good lyric tenor voice but lacks the height to play a romantic lead. (Bill Sweetland)