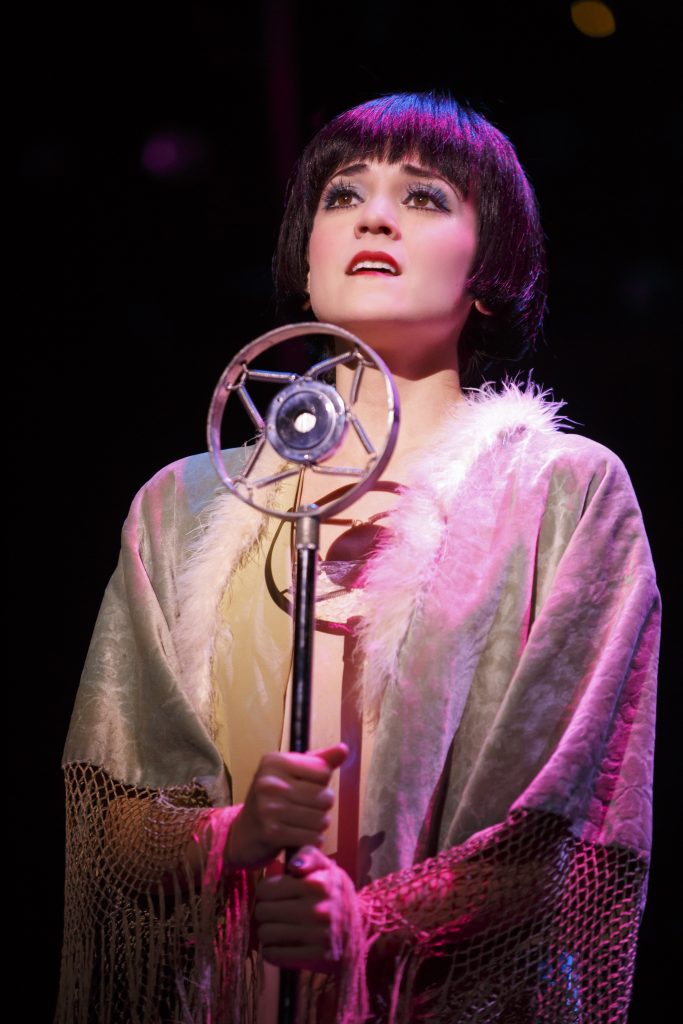 “Welcome to Berlin, ” say several cast members to the young American writer arriving from Paris in search of his novel. The time is 1929 and Berlin is in the waning age of the Weimar Republic when everyone, even the queers and Jews, are more than welcome. And nothing symbolizes that brief period of time better than the infamous Kit Kat Klub with its dancing girls, available men and the sexiest orchestra this side of the Rhine. Overseeing this decadent madness is an emcee almost too scandalous to be believed.

Yes, “Cabaret” (a reprise of the 1998 Broadway production that garnered ten Tony Award nominations) has returned to Chicago for a very limited engagement. And yes, you should go out and see it. The sexy choreography (originally by Rob Marshall and recreated wonderfully by Cynthia Onrubia) itself is worth the price of admission. The orchestra dazzles as well and this is a production that clicks on all levels from start to finish.

But the true stars of this show are Randy Harrison (as the Emcee) and Andrea Goss (Sally Bowles). As sinister as he needs to be and saucier than Ragu, Harrison channels just the right amount of shock to remain engaging. Andrea Goss not only nails the prerequisite toughness needed to portray the promiscuous cabaret singer, but she is also downright vulnerable. The rest of the cast is solid with Lee Aaron Rosen (the writer Clifford Bradshaw) and Mark Nelson (Herr Schultz, a charming elderly Jewish man in love with a gentile) delivering stand-out performances.

The high production values translate well to the more dramatic scenes, which highlight the Nazis rise to power. As Clifford Bradshaw observes, Berlin pre-World War II is like a city without parents. The children party, but it is only a matter of time before the adults put an end to it all. In this case, however, the rule of law is exerted by murderous Nazis. You know it is not going to end well, but you just cannot turn away. If only life was really like a cabaret. (Noel Schecter)