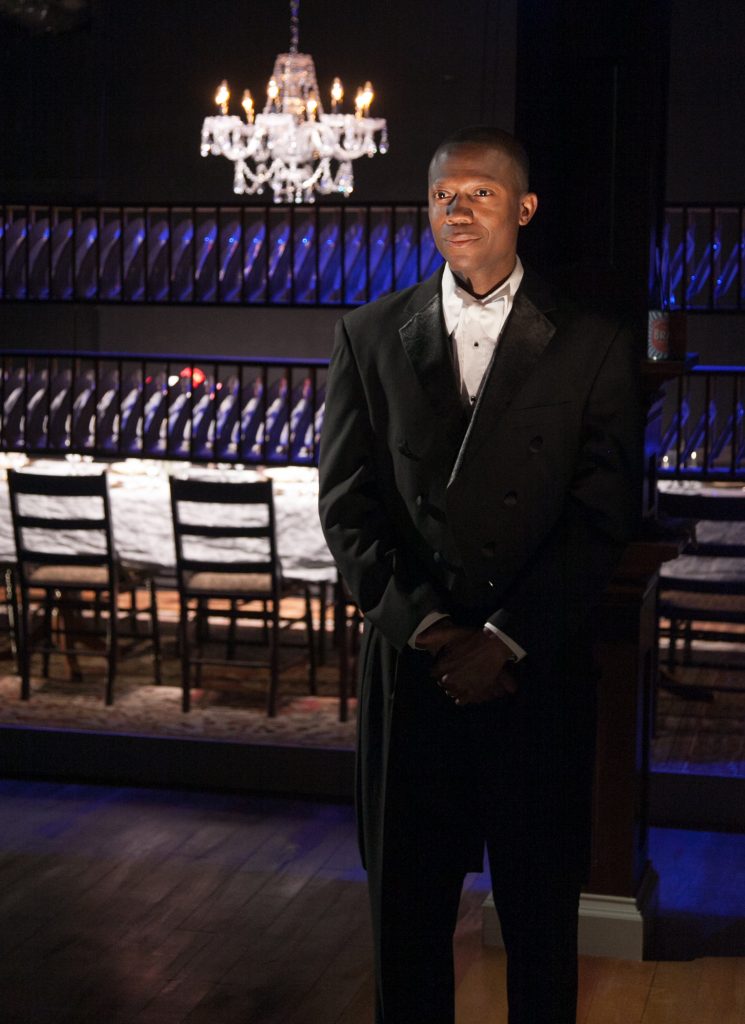 If you’re a progressive—or merely impatient—the wheels of change can feel like they belong to a covered wagon rather than a Tesla. We tend to view entrepreneurs as renegades to be admired and imitated. They are far more appealing to our ingrained sense of individualism than a representative of congress or even the leader of the free world. Currently receiving its Chicago premiere at American Blues Theater, “Looking Over the President’s Shoulder” does little to dispel the feeling that humility and cooperation have seldom received as much lip service and as little actual respect as they do now. Yet it does mine history for a much-needed nugget of understanding.

James Still’s play is a simple one, full of poise and grace. It stars Manny Buckley as Alonzo Fields, the African-American head butler to presidents Hoover through Eisenhower. While it may sound familiar, Still’s play sharply breaks with Lee Daniels’ “The Butler” in that Fields’ tenure with the White House concludes in 1953. While this butler would not have wanted for witnessing brutalities toward African Americans during his time, he retires—and this story concludes—before many of the major watershed moments in the Civil Rights movement occur.

All of which lends this play a sense of racial bipartisanship, reliant as it is on the dignity of the grandson of a freed slave. Yet, Still is not here to box the ears of his audience. “Looking Over the President’s Shoulder” is full of humor and wry observations. In its subtle avoidance of antagonism it favors being a character study rather than a morality play. Still demonstrates how tolerance develops into understanding; how the history many of us prefer to view as having a continuous upward momentum has regularly suffered from interruption and turbulence.

With currently playing productions like the similarly structured “Satchmo at the Waldorf,” incendiary “Sunset Baby” and trailblazing “The Hairy Ape,” it is possible to perceive Uncle Tom undertones in “Looking Over the President’s Shoulder.” And yet, I think Still and director Timothy Douglas would argue that history’s imperfections should be neither overlooked nor overstated. (Kevin Greene)