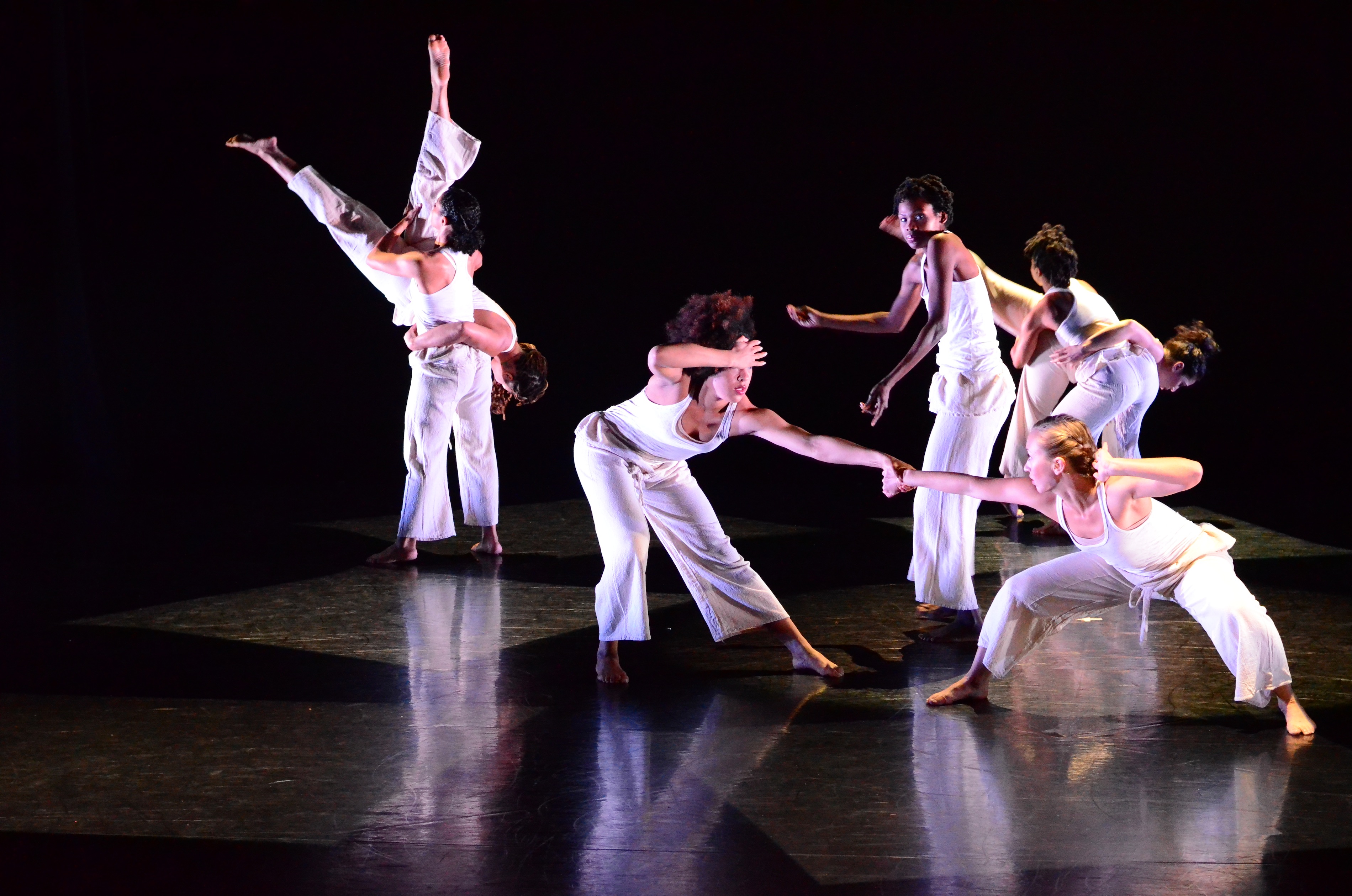 Many musicians stir hearts, some are worshipped, but few have been literally canonized as jazz great John Coltrane was after his brief life of inspired saxophony, destructive addiction and spiritual redemption. Featuring an adaptation of Coltrane’s openly religious Grammy Award-winning album “A Love Supreme” (which, incidentally, plays as the central meditation in the weekly service in San Francisco’s St. John Will I Am Coltrane Church), “Walking with ’Trane,” Brooklyn-based dance company Urban Bush Women’s homage to the experimental musician, makes its Midwestern premiere at the Dance Center at Columbia College February 18-20. Choreographed by UBW chief visioning officer Jawole Willa Jo Zollar and associate artistic director Samantha Speis, in collaboration with their small but mighty handful of dancers, the piece made its debut last December at the Brooklyn Academy of Music in time for the fiftieth anniversary of the album and the thirtieth anniversary of UBW. With original compositions by Philip White and jazz pianist George Caldwell, who will play live, “Walking with ’Trane” brings together the UBW’s commitment to commemorating African-American history and culture with characteristic exuberance. Coltrane said of his distinctive rapid saxophone arpeggios, dubbed “sheets of sound,” “I start in the middle of a sentence and move both directions at once,” a statement that describes the intensity and contradictions of his experiences, as well as an injunction to step lively in his memory. (Irene Hsiao)