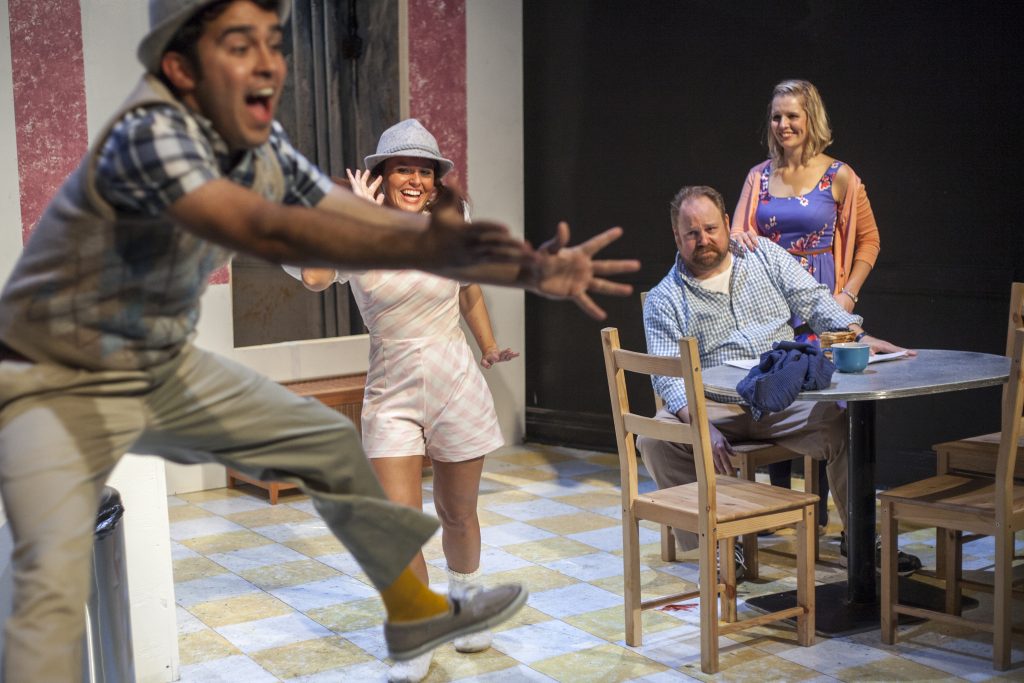 It’s been nearly a year since “Today We Escape,” Tympanic Theatre Company’s short-play festival dedicated to the seminal Radiohead album “OK Computer.” They return with “Blueberry Toast,” a work that would have fit the vibe of that festival quite well. As a standalone piece, however, it is lacking in muscle though not in stamina.

The play occupies an alternative suburbia along the lines of Lisa D’Amour’s “Detroit” or Matt Lyle’s “Barbecue Apocalypse.” While those plays developed beyond their novelty, “Blueberry Toast” remains grounded in its simple, sketch-like pretense. While not a problem in itself, the play’s success relies on its actors’ understanding of the rhythms and tempo of sketch.

As of opening night, “Blueberry Toast” was still loose in places. The dynamic between husband and wife Walt (Christopher Meister) and Barb (Allie Long) is clear from the start. I found myself wishing director Michael Carnow had pushed the play’s sense of escalation earlier rather than clinging to the façade of normalcy for as long as he does.

To compensate, Carnow pours much of his creative energy into the delirious play-within-a-play put on by Walt and Barb’s children, Jack (Chris Acevedo) and Jill (Kelly Parker). The enjoyable brevity of their stage time is directly correlated with their crystal clear intentions. As is so often the case, it would behoove the parents to take a cue from their children.

When the adults get down to the business of quite literally tearing each other apart (with blood sport courtesy of Jon Beal), we are thrown into a world of domestic violence that is alternatingly gross and grossly amusing. What playwright Mary Laws is trying to say about human nature, patriarchy or family structure remains elusive though also beside the point. This is a strange little play that occupies its own universe. With a little tweaking it should stand a fighting chance in the battle against good taste. (Kevin Greene)