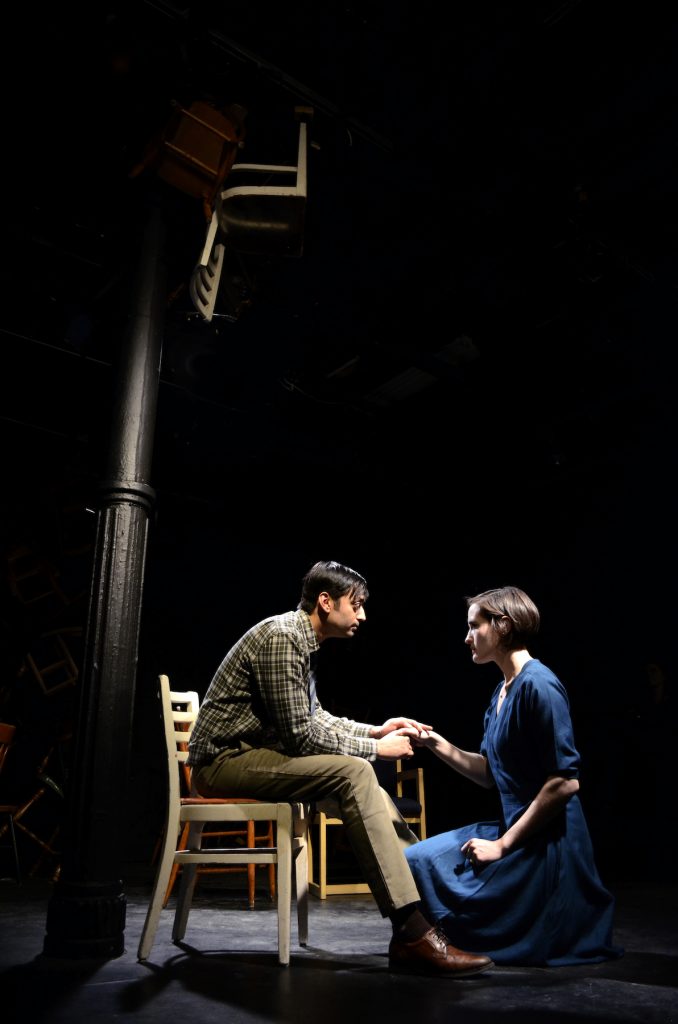 “The Awake” details three people’s flight from their lives, from circumstances impossible to accept: Nate (Kaiser Ahmed) dreams of being a school teacher while violent interrogators breach his fantasy; Gabrielle (Scottie Caldwell) lives in an All-American home of terrifying secrets, escaping into films that exacerbate her alienation from the facade of life; and Malcolm (Daniel Desmaris) speaks of a drowning world in a hospital room.

Juggling these three breaks and sewing them together is not an easy task; aesthetics in each narrative differ and make the marriage even tougher. Director Josh Altman’s production doesn’t quite make it look easy but he makes it look good and, more importantly, he makes it work. The fantasies never blend, but in the rapid shifts between each one the mood is carried over tightly; I spent more than a few minutes clenched up out of fear watching Tanya burning on the set of an Eastern European film, while a countdown tells us how much longer Nate has to live. Needless to say, it’s intense.

Ahmed, Caldwell and Desmaris (as well as the ensemble) know how intense it is. Ahmed and Caldwell, especially, are living on high stakes the whole show. Even in their quieter moments, they’re vibrating with discontent and fear. Ahmed’s running around the whole show turning jokes from terror. This is a powerhouse cast. And thank the heavens, because “The Awake” represents the tragedy and blessing of the artifice that insinuates itself into our everyday lives.

In our world, loaded with falseness, we are bastioned into ourselves: we can either lie to ourselves or be lied to by the rest. But the human side of a lie is a story; a mask that we put on to protect us, that allows us to connect. Like putting on sunglasses to look up into the sky.

I’m tempted to make an empty, embarrassing comment about how “The Awake” woke me up. But it did. If my shame is what it costs to make you see this show, so be it. It won’t allay your loneliness or fear, but instead it says that you might be able to someday. (John Van Ort)