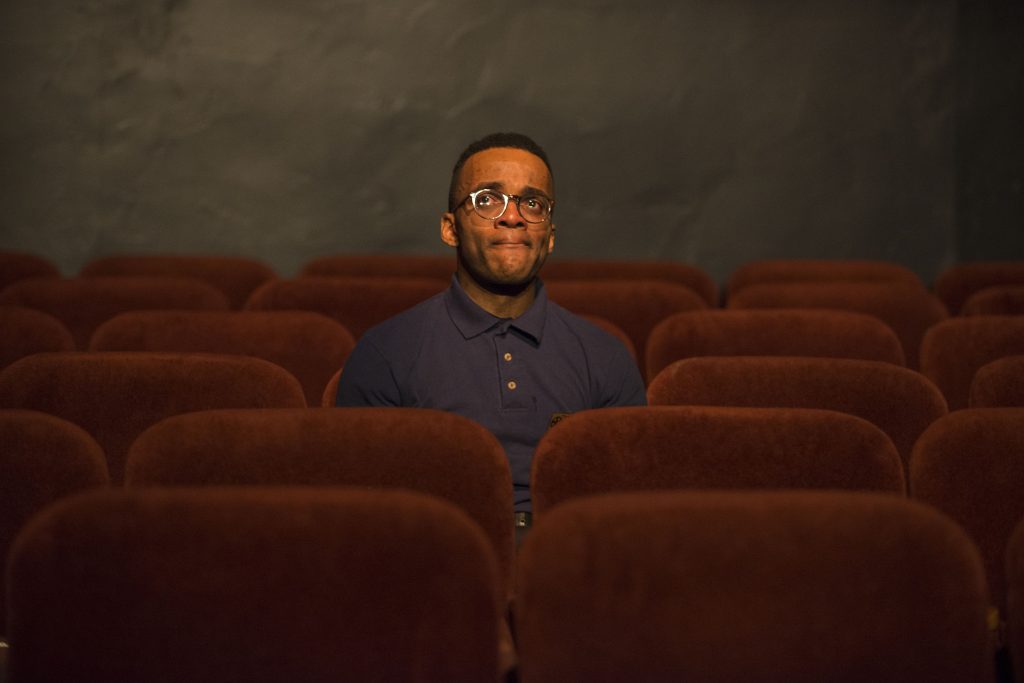 The big screen is our escape hatch into a world more vivid and exciting than our everyday one. But what happens when the hatch closes and the lights come back on? One kind of answer is the focus of “The Flick, ” Annie Baker’s 2014 Pulitzer Prize-winning play.

“The Flick” takes place in an anachronistic Massachusetts movie theater, which has only one screen and—in a world that’s all but gone digital—still projects movies on 35mm film. But the play’s three main characters—a bespectacled college student and film buff, an impulsive and earthy young woman and a cynical and underachieving thirty-five-year-old man—never really get to watch the movies because, for them, the lights are always “on.” They work in the grungy theater, tearing the tickets, running the projector, sweeping the discarded popcorn and mopping the sticky floors.

As they do their work over and over again, they talk, relate and argue, sometimes about movies but mostly about the stuff of everyday life: their personal failures and disappointments, internal conflicts and anxieties. Baker’s characters speak in slacker lingo, mouthing lazy dialogue that inadvertently undercuts the import and impact of their feelings and suggests a comedy that sometimes isn’t there.

What ultimately saves the very serious heart of Baker’s play is the compelling performances. When Rose (Caroline Neff) hears that film buff Avery once attempted suicide, she says, “I don’t get suicide. It’s like: aren’t you curious what’s gonna like happen to you? In, like, the future?” On the page, her response seems flip and funny. But Neff utters it with the confused dread of a person who seems more like a little girl than a confident woman.

In an affecting performance as Avery, an almost tiptoeing Travis Turner creates a young man who’s halting and watchful, always waiting for the latest way that life will fail to live up to his idealized movies.

But the most powerful work comes from Danny McCarthy as the doughy Sam. McCarthy plays him as a lost soul who always falls through the cracks and seldom gets what he needs. When he suddenly reveals his long unrequited love for Rose, the audience experiences the play’s most heart-rending moment.

In “The Flick,” what’s playing at the movies is real life—good theater-style. (Michael Amedeo)