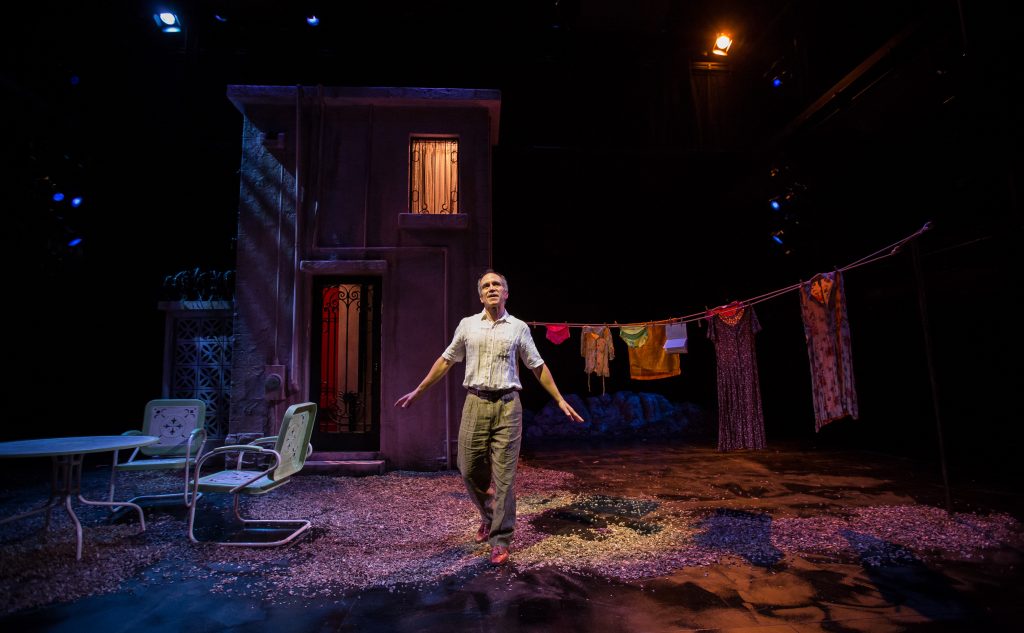 “2666” is unlike anything you’ve ever seen before. That much I can promise. Beyond its gargantuan run time—which will be plenty of reason to put some out but also just enough to entice others in—this adaptation of Chilean poet and novelist Roberto Bolaño’s posthumously published, unfinished novel is the most challenging and rewarding theatrical event currently happening in our city.

It is incredibly refreshing to see a big-budgeted production that is evidently disinterested in the cynical business of recouping on its investment. Adaptor-director duo Robert Falls and Seth Bockley’s vision goes so completely against the logic of big theater so as to feel unprecedented or at least like a firm dismissal of the “please the subscriber base” model. That this event is made possible by the Tennessee state lottery and a former monk is the kind of cosmic detail that I’d like to think would make Bolaño grin.

As a text, “2666” attempts to diagnose the human condition while mapping the course of modern history. It takes the Holocaust as its inciting action—the point of no return for humanity—and follows this birth of evil through its myriad forms up to the serial murder of hundreds of women in a Mexican desert city. Drawing in journalists, detectives, dreamers and, of course, artists, Bolaño demonstrates how the universe fits together by first cutting it up until it is hardly recognizable.

Falls and Bockley follow his lead, using an anthology format, which blends various storytelling modes from film noir to fairytale as well as lengthy video segments. Despite the colossal confidence of this work, even the collaborators seem unsure of what they’ve built: a Frankenstein of modern performance. In doing so they emerge victorious though definitely battle scarred. The ambition expelled in the creation of this production seems seriously depleting, beyond the pale of mere mortals.

Suffice it to say, it is preposterous that we are even able to see this play; its sheer unlikeliness is one of its many great assets alongside the totality of its vision and its uncompromising attitude. It proves beyond a shadow of a doubt that the Goodman is not only preeminent but a vital source of new ideas on the evolution of theater as an art form.

To tackle this ambitious, unforgettable and wholly original world premiere, I recommend a cup of coffee, a pocket full of snacks and an open mind. (Kevin Greene)