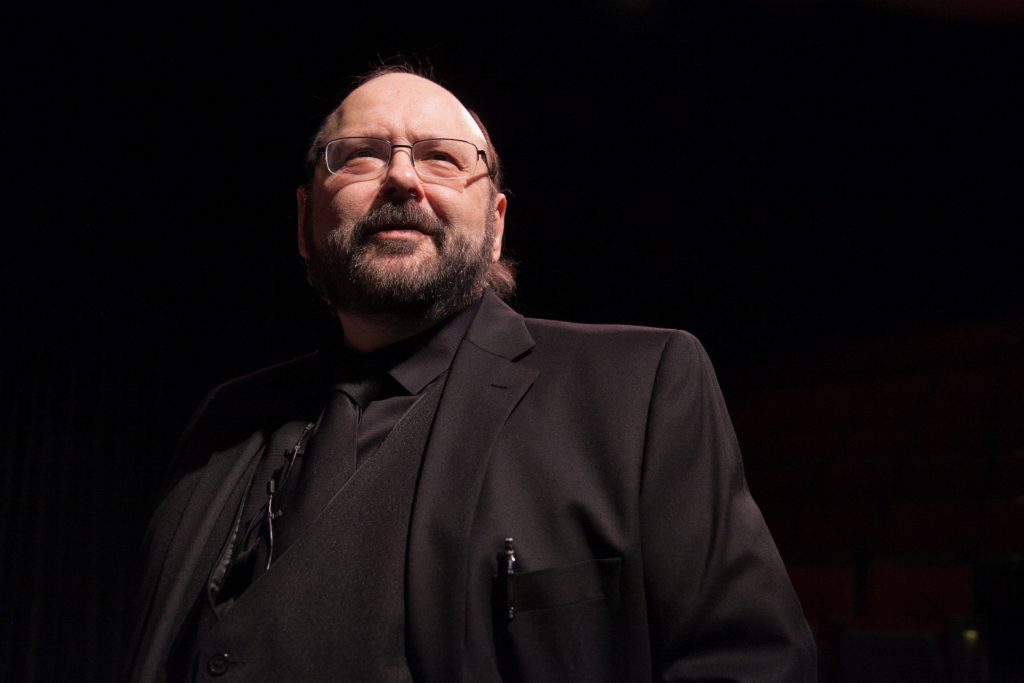 I am of two minds over this mentalist act now ensconced at the Apollo. On the one hand, it’s technically amazing, a blast of psychic gee-whiz wonderment as Salem appears to effortlessly read audience members’ minds and non-verbally influence their behavior. But it’s also dramatically thin, a consequence of the one-note abrasiveness of Salem’s stage persona and the show’s paucity of structure, buildup and purpose.

It begins with a flourish, as a spotlight shines upon Salem’s bare pate, focusing attention on the rich gray matter pulsating within. “There’s nothing supernatural in what I do,” he announces, in case we were wondering. He also promises not to embarrass anyone, a vow broken with almost every word he speaks. Salem’s gotcha variety of humor is not gentle, and the result is an increasing reluctance on the part of the tourist-heavy crowd to venture down to the stage when summoned.

But if you’re lucky enough not to be called, there’s much to enjoy in Salem’s ninety-minute performance. Many of the bits involve precognition of facts, words, numbers and other choices made by obviously non-planted spectators, as the artiste seems to probe deep inside their crania for the answers. Perhaps the highlight of the evening is a demonstration of Salem’s lie-detection skills, as he points out the almost invisible signs and signals of a fib in the making. We learn that he can read most but not all people: method actors such as Marlon Brando are beyond his abilities because they become their parts and believe their lies.

It’s an interesting nugget, and one wishes there were more such educational moments from Salem, who refers to himself as “an academic who loves the theater world.” But in the end the act is neither academic nor theatrical. It’s a low-tech but over-polished Vegas-style floorshow, unencumbered by charm, insight or connection with the audience. It does manage to teach one lesson—that there is nothing colder and less memorable than pure mind presented without much soul. (Hugh Iglarsh)