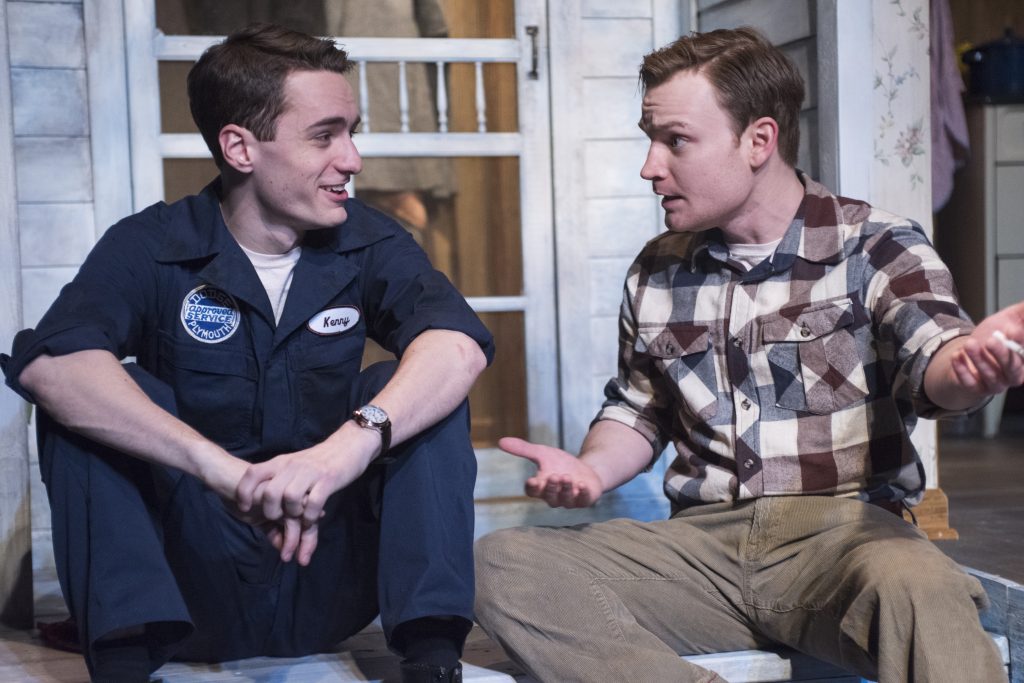 One of the noblest services a theater can render is to capably revive an unjustly dismissed work. Raven Theatre has helped right an old wrong with this poignant production of William Inge’s Depression-set family drama, which bombed on Broadway in 1959 and has been mostly in limbo since. Director Cody Estle and his youthful cast capitalize on Inge’s strengths as storyteller and observer, drawing us into the playwright’s remorselessly unsentimental vision of lower-middle-class life in an ironically named heartland.

As the lights go up on Jeffrey Kmiec’s spectacular set, widowed nurse Helen Baird and her twenty-one-year-old son Kenny, a mechanic who won’t leave the nest, are in mid-quarrel about Kenny’s impending exile from his own bed. He’s being moved to the couch to accommodate Lila Green, the girl who cared for him when he was a baby, and who is now a small-time actress whose show just folded, another victim of hard times. Pretty, vivacious Lila will be living cheek-by-jowl with the restless Kenny and his uptight mom, adding more tension to an already fraught household.

The ever-elegant Abigail Boucher is a suitably icy Helen, although she’s too urbane for the boondocks setting. A hint of Kansas twang would help. Sam Hubbard is all gawky surliness as a man-boy trapped in an Oedipal dance of guilt and need with his ungiving, walled-off mother. And the bright-eyed Eliza Stoughton is convincing as the fidgety, softhearted, sensuous Lila, who is tragically unadapted to the play’s hardscrabble, American Gothic setting.

Perhaps what hurt “A Loss of Roses” when it opened were its obvious affinities for the work of Tennessee Williams. Lila is cut from the same cloth as Blanche Dubois, and certain motifs echo “The Rose Tattoo.” But while both playwrights focus on sensitive, dreamy characters brutalized and broken by cold reality, the emphasis differs. Inge is more naturalist than existentialist, depicting a world where mothers push away the sons they cherish to toughen them for life in a place where love is weakness and the lone self is all. Williams, with his bottomless vitality, holds out a glimmer of hope for humanity; Inge offers none at all. Who was the better prophet? See this skillfully resurrected play and judge for yourself. (Hugh Iglarsh)