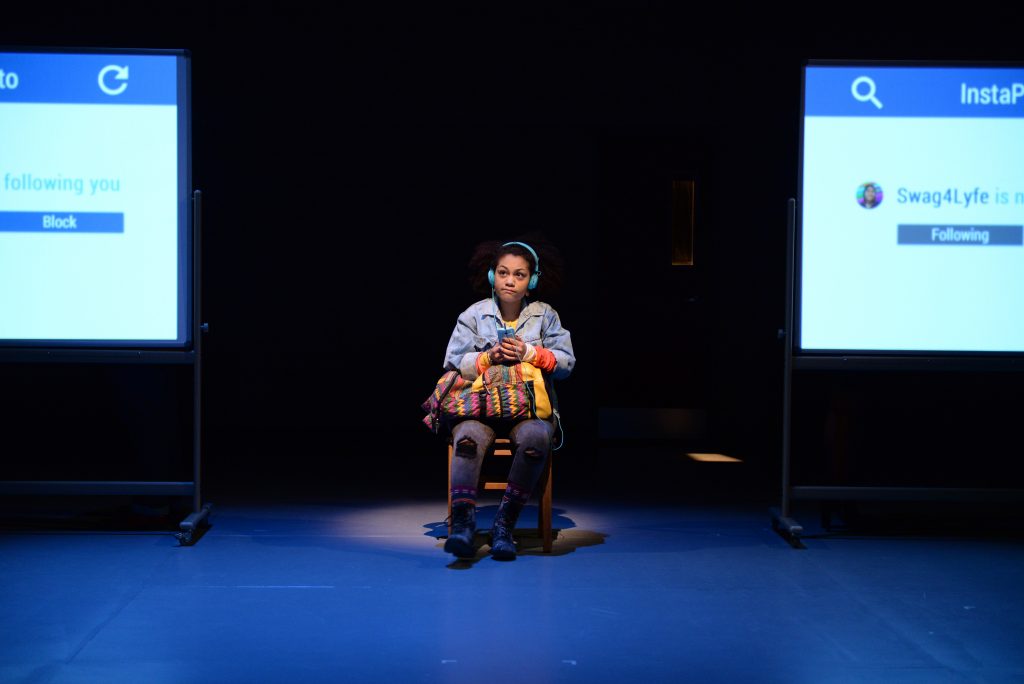 One of the most powerful capabilities we possess as humans is the ability to make decisions. Our decisions, no matter how big or small, can change the course of our day or derail our entire life. In “The Compass,” Steppenwolf for Young Adults’ inventive and engaging new play, the power of decision-making and its consequences are brought center stage.

Michael Rohd, who devised and directed this play, creates an interactive experience that doesn’t allow audiences to hide in the darkness of the theater shadows. We are all asked to readily participate because the most important decision in this piece is not made by the actors on stage but by the audience. The play is set up like a trial where the audience is responsible for the fate of Marjan (Ariana Burks), a sixteen-year-old student who made a decision that affected her entire high-school community.

The main arguments are focused on who (or what) was responsible for that decision: Marjan herself or Compass, a newly developed app that knows its users so well that it can tell them the decisions they would make in any given scenario. In a world where people are dependent on their cellular devices as much as they are on food, oxygen and water, the Compass app argument is not that far-fetched.

The play zips through time and space to supply backstory about Marjan, the other characters involved in her story and the development of the app, which can be a bit difficult to follow at times. But what is not lost is the crux of the story, which is less about technology and more about Marjan and the demographic she represents. The play asks what happens when youth are forced to make burdensome decisions when adults and the world in general fail them. “The Compass” doesn’t answer that question but it implants something in your heart about the responsibility you have to today’s youth once you walk out of Steppenwolf’s doors. (Loy Webb).