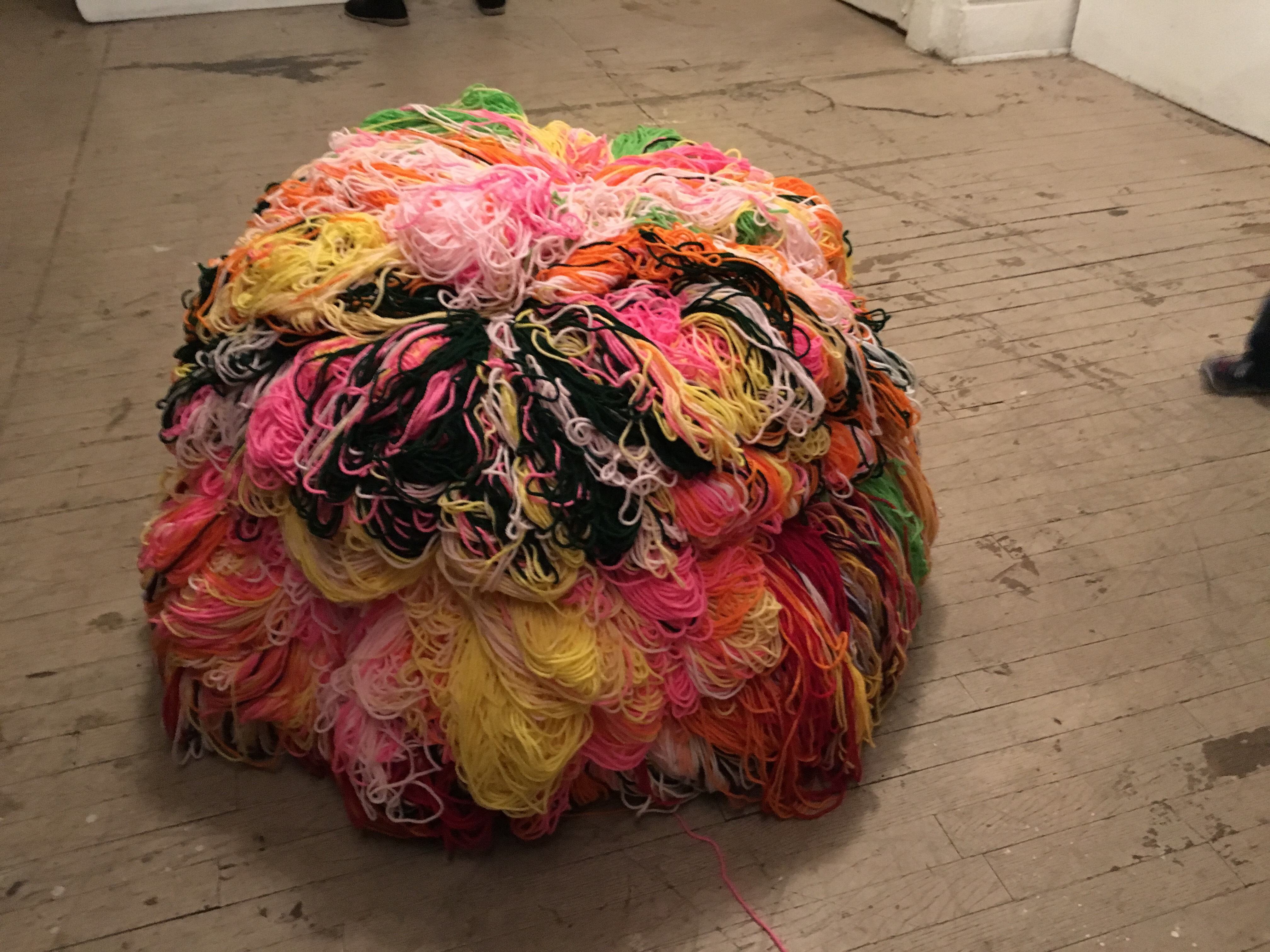 It’s a Saturday night at Tritriangle gallery in Wicker Park. The main room, filled lengthwise with rows of folding chairs mostly filled with attendees, face a video projection on the side wall. Numerous video installations are both projected and displayed on screens throughout the space, along with a few small sculptural works. On the whole, “In/habit,” “an expanded performance series” organized by Mitsu Salmon and Rebecca Lavoie, has the distinct look and feel of a DIY production. The inaugural installment, with the theme of “Press Repeat,” for instance, had the atmosphere of a revelry, videos that lost sound mid-screening and performances that ran double their listed run time. Not that programmatic cohesion seems that high on the register, with a surprising number of proposed future themes showing a clear, low-hanging through-line interest in sex, sexuality and the body. But if at times disconcerted, chock-a-block and inconsistent, the anything-goes, vaudeville approach provided an open ended platform for in-process and drawing board work. The most successful work of the evening, including much of the video installation as standalone works, and Ellen Nielsen’s 2010 POM MACHINE documenting her “winding yarn to make a giant pompom” and the resultant mammoth fiber art sculpture, were generally more rigorous. Hopefully, as the series finds its footing and hones its focus, it will evolve into what could prove a useful program to sound board new and evolving work. (Michael Workman)

At various locations each month. Visit their website for location information. Sliding scale from $5-$25. inhabitartseries.weebly.com.