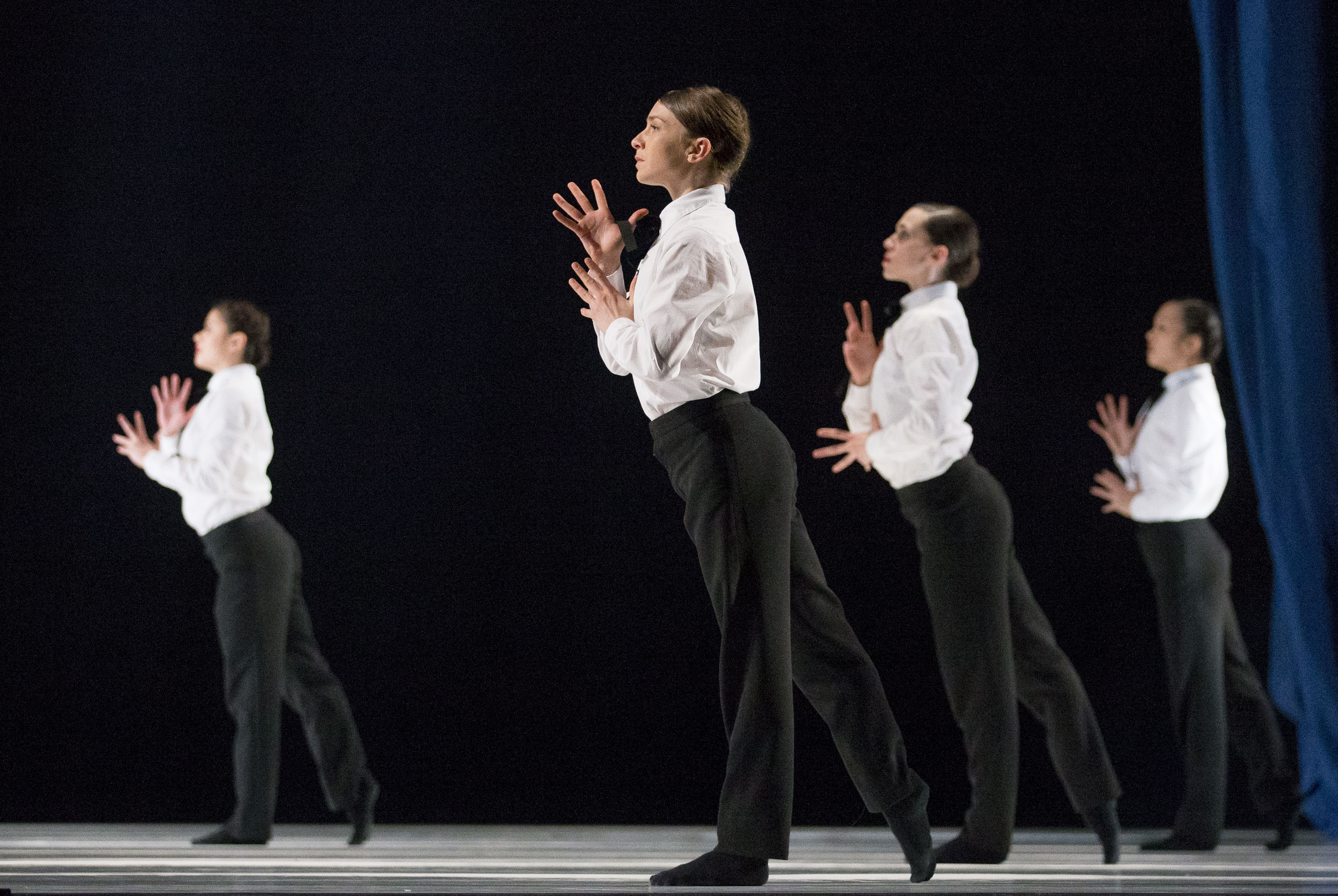 From its roots as a small tap-dancing studio on the corner of Hubbard and LaSalle, Hubbard Street Dance Chicago has become one of the companies that defines contemporary dance on an international scale, presenting works by choreographers that have fundamentally altered the way theatergoers understand movement, including Jiri Kylian, Ohad Naharin and, recently, William Forsythe. Now in its thirty-eighth season, the company presents a mixed bill of works by Chicago-based dancemakers in its Spring Series at the Harris Theater. The program features former Luna Negra Dance Theater artistic director and Hubbard Street alumnus Gustavo Ramirez Sansano’s homage to ballet revolutionary George Balanchine “I am Mister B,” current Hubbard Street choreographer-in-residence Alejandro Cerrudo’s dramatic 2014 piece “The Impossible,” and a new work for the entire company by long-time Hubbard Street rehearsal director Lucas Crandall.

Crandall has been affiliated with the company since the turn of the millennium, barring a three-year stint as rehearsal director of Nederlands Dans Theater. Trained as a modern dancer, he has performed with ballet and contemporary companies in the US and Europe, naming Naharin, Kylian, Mats Ek and Maguy Marin among his most important influences. “I like total body movement, broad strokes,” he says, preferring big movement that stands out on the large proscenium stages Hubbard Street frequents to the intricacy of small gestures. As such, his fourth premiere with the company is inspired by stampedes, literal and abstract, animal and human. “I’ve always had this fascination with large groups and wondered what a stampede would be like,” he explains. “I’m interested in the structure of a group in space, the mise-en-scène of the group, the energy of the group, as well as the energy of an animal stampede.” The piece thus focuses on simple movements—a single dancer walking through space, the transition between walking and running, the development and dissolution of groups, all punctuated by the clop of thick-soled boots that transform the dancers into a hybrid between urban warriors and ungulates.

Though Crandall is driven by a curiosity about the nature of collective consciousness, the work is also concerned with the alienation city-dwellers experience, despite the ever-increasing means of remaining plugged in. “There was a thing on YouTube about our devices, multimedia, cellphones, Facebook—about how I have 1,200 friends but I eat alone every night. We are around so many people, but we don’t communicate, we don’t identify with people on the street,” he says. “A bum on the street falls down, people walk by. People might stop. People might help. There’s an accident, or a street musician. [Some] people gather, other people don’t want to be bothered and walk right by. I didn’t want to dictate a horrible event, but why do people watch a tragedy? What is the compulsion to herd together, mass together?”

Working with the ensemble is a collaborative process for Crandall—one that involves improvisation by the dancers, ideas from Crandall’s research and prompts from the zeitgeist as manifested through the Internet. “I show them images [on] my phone,” he says. “I show a picture of a tree and tell them to make this shape. We construct things through the medium of my cellphone. As a group, they’re being very responsive to this.”

The costumes, created by internationally recognized designer Branimira Ivanova, who also produced the costumes for “I am Mister B,” “The Impossible” and twenty-four other pieces for Hubbard Street over the past fourteen years, reflects the contradictions of group behavior, beginning with forbidding black hoods and unitards that cover the dancers from head to toe, that will gradually be removed over the course of the dance, revealing their vibrant individuality. “The women will strip down to sports bras and panties, the men to just underwear. [They’ll finish] naked and exposed and then there will be joyous dancing! In a herd!” laughs Crandall, envisioning a “happy leaping bunch of gazelles, basically.” “I think it’s going to be totally comical,” he admits, “like all of a sudden we go to this pool party…”