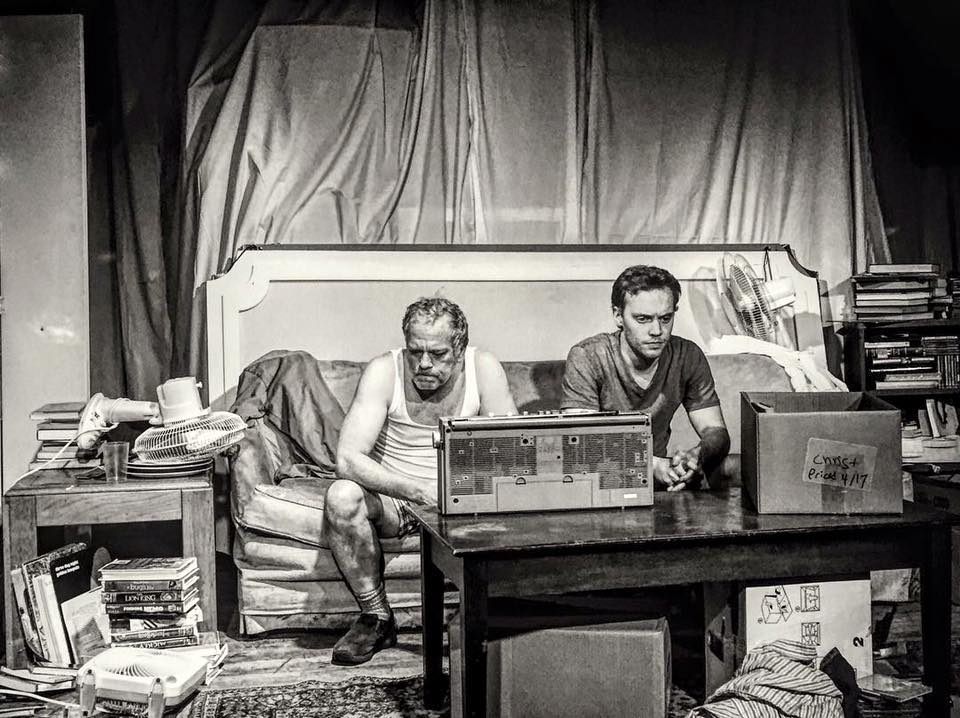 Mercy Street Theatre’s “Burn,” a play written by Ian Michael James, is defined in all ways by its potential: Sam (Alex Gudding) wishes he could’ve had a life to lead, Al (Scott Olson) might still be a capable loving father, and Barb (Olivia Charles) might be able to guide them both toward a happy-ish ending.

James’ premise, an ice-cream man at the heat death of our planet, is a bitter irony sculpted with a light laugh. Business isn’t great. When all the ice cream melts, Sam comes home to his inconsiderate (and borderline abusive) father, Al, who anchors him to this tiny apartment even when they discover that the sun is expanding and death is imminent. This is a smart script, brimming with contemplations on physics, travel and the necessity of resisting stagnancy. James rolls deep in Sagan philosophy and bowstring metaphors usually to strong effect.

That same untapped potential that creates inertia and momentum in the text lies dormant in much of the staging. “Burn,” in theory, is unique, sad and inspiring; in practice, it stumbles. J. Cody Spellman’s direction is hazy and vague. This turns against the actors who meander, lost in the boxes piled up on the stage. Many drops make a flood and Spellman’s many small cracks can amass into a hole; instances of a box in the way or an ostensibly purposeless cross slowly build up.

All three actors can only hold up so much in this situation. Olson’s Al is particularly unsympathetic. He is not likable from the get-go and while Olson does an admirable job of not judging his actions, he never quite connects Al’s history to his present self-absorption. While Al’s careless asides can elicit laughter, they seem to be separate from his tragedies. Charles, a sweet caretaker, misses her mark in the more lyrical notes of the script. She illustrates with exaggerated expressions and gestures instead of allowing the language to carry her through.

“Burn” seems to know exactly where it wants to go. Yet, this production needs a little more time to crystalize. (Jay Van Ort)