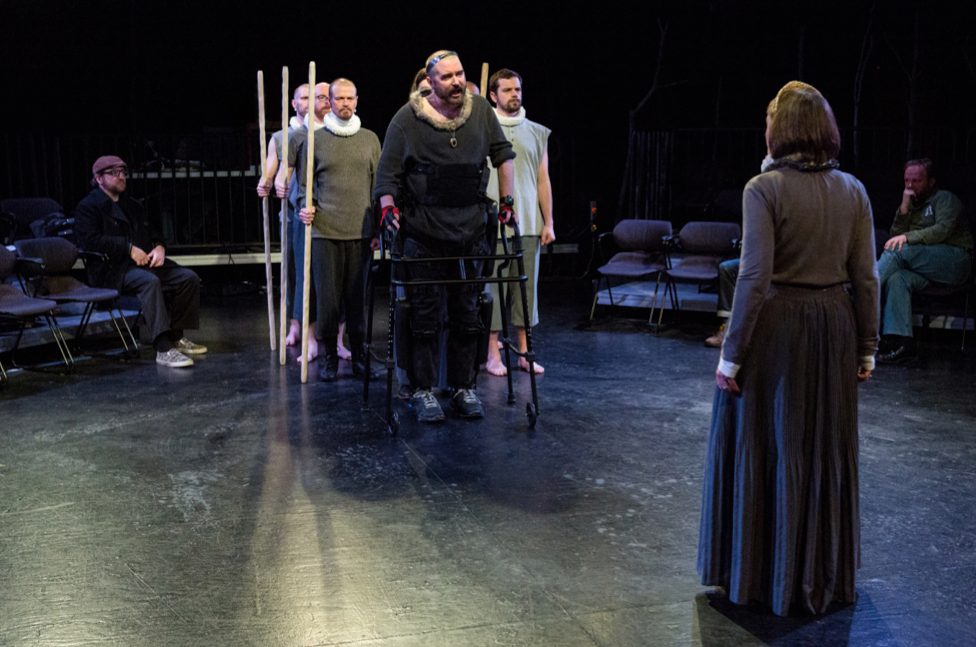 How does one secure the throne when a whole throng of people stands in the way? Kill them all! And then kill some more folks for good measure! Or, so it goes in Shakespeare’s “Richard III.” With Richard at the helm of an impressive amount of machinations and murders, it can be tricky to keep track of all the conniving that takes place. Richard’s direct rapport with the audience serves to make his conniving a little less murky. Right from the very start, he matter-of-factly tells the audience his immediate plans: to kill his brother and to marry Lady Anne whose father and husband he has already murdered. As these events unfold, Richard confides in the audience even further as we watch his plans manifest.

In Gift Theatre’s production of “Richard III,” the connection between Richard (played by Michael Patrick Thornton) and the audience is amplified by director Jessica Thebus’ decision to give Richard the power to freeze time and other actors simply by saying “Stop,” and release them by saying “Now.” The audience’s intimacy with him is heightened in these moments where we are privy to Richard’s mocking of and plotting against his compatriots while he weaves around them, sometimes staring them in the face and sometimes ignoring them completely. The decision to grant Richard this power also deeply dramatizes the amount of control that he has and highlights the theatricality of his ascent to the throne, essentially as a director who manipulates others into carrying out his intentions.

The murders and executions are highly stylized: three murders occur with a fine muslin-like material, which suffocates the unwitting victims, the profiles of their dying faces showing through the fabric. Unsettling beheadings take place as executioners wave their body-length staffs like axes that come down and smack one another directly in front of the victim who convulses upward before landing lifeless on the floor. The end result of this nearly-three-hour violent, Machiavellian plot is an uneasiness in the audience and a penchant for thinking about the ways in which unsavory pursuits of power are timeless and carry forward to this day. (Joy Miller)