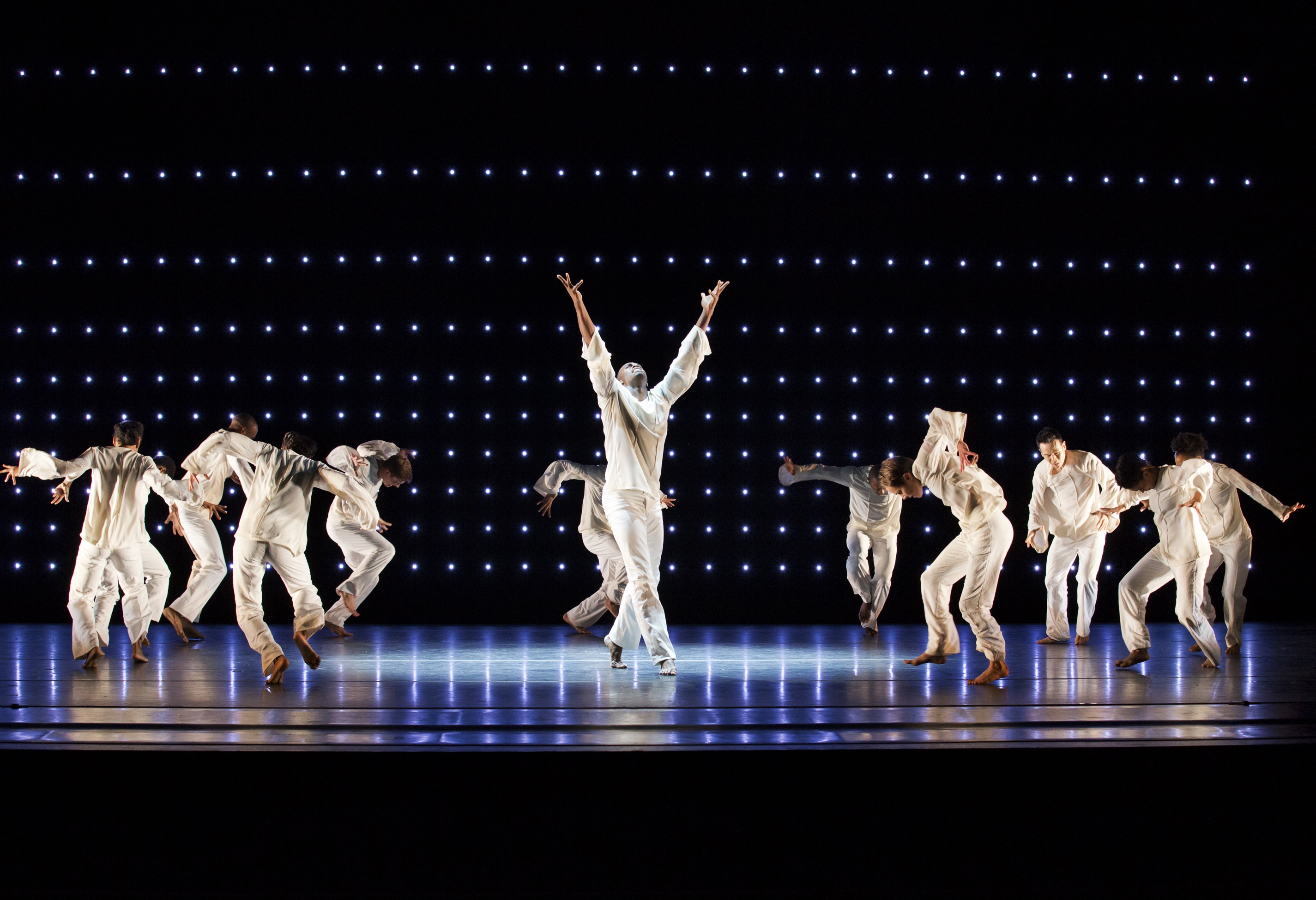 Alvin Ailey American Dance Theater was in fine form when it made its annual return to the Auditorium Theatre March 8-13 bringing classic Ailey repertory, a Paul Taylor piece, recent work by Ronald K. Brown and Rennie Harris, and the hotly anticipated Chicago premiere of “Awakening,” Robert Battle’s first creation on the company since he assumed the mantle of artistic director following Judith Jamison in 2011. Gone were the transatlantic choreographers Battle tested on the company early in his directorship—the programs were pure products of America, if such a thing can be said to exist.

Program A began with Brown’s extremely forgettable “Open Door,” danced with verve to a mix of tunes by Luis Demetrio, Arturo O’Farrill and Tito Puente. It was followed by Ailey’s 1972 “Love Songs,” performed Friday night by long-limbed Yannick Lebrun in a blue scooped unitard with classic Horton grace. These pieces exemplify the problem with Ailey’s repertory in recent years—the first reduces the company’s excellent dancers to executioners of agreeable spectacle; the second no longer has the context it requires to exist in the absence of irony.

Battle’s “Awakening” brought Ailey properly into the twenty-first century with the blaring clarion call of John Mackey’s driving score. Twelve dancers entered the stage, running in a ring at such speed that their white costumes blurred as they unleashed arms that appeared to both hail and respond. On the darkened proscenium, they gathered and whirred like a windmill or the bright slits of a zoetrope blown near but not to a chaos, resisted by the reflexive commitments to geometry and esprit de corps that bodies trained like warriors exhibit. They were intergalactic voyagers, explorers in an alien land that brightened and eclipsed with gridded constellations of LEDs: matrices and pixels, virtual life, inner space. A single man, Jermaine Terry, shuddered into focus under a spotlight, because undiscovered territories need heroes or sacrifices or both. Next to Ailey’s timeless masterpiece “Revelations,” which rightfully brought the assembled crowd to its feet in celebration of the human spirit (particularly moving were Ghrai DeVore, returning to Chicago a woman in “Fix Me, Jesus” and the brilliant Kanji Segawa in “Sinner Man”)—Battle’s work is courageous and dissonant, ceremonial and substantial, a “Rite of Spring” in sound, vision, velocity and temperament for the new millennium. (Irene Hsiao)