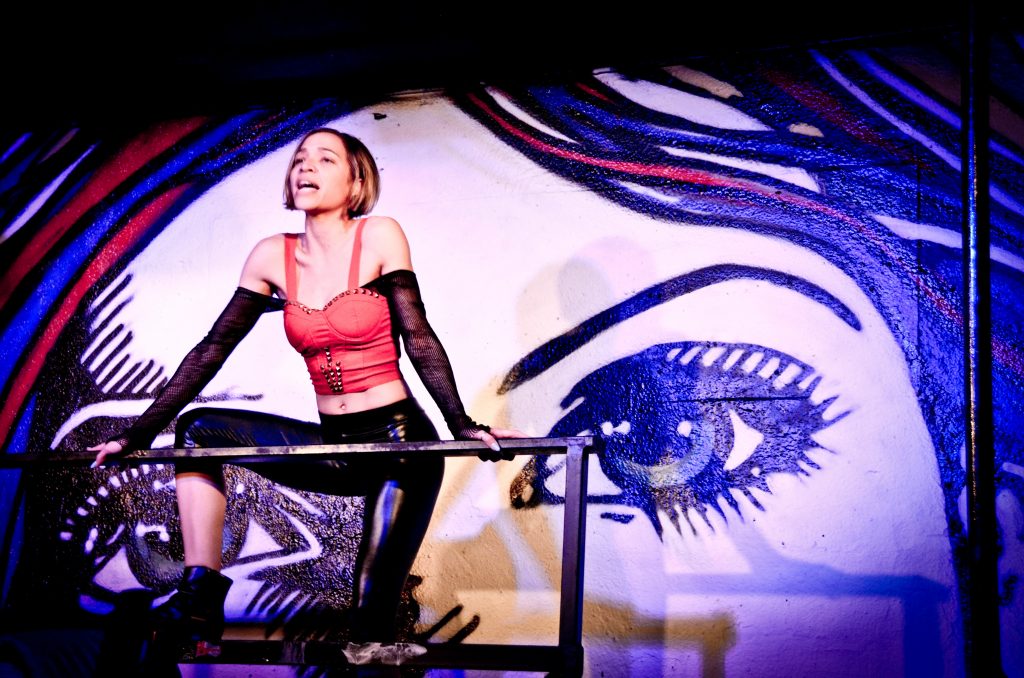 It was over twenty years ago that Jonathan Larson’s “Rent” first opened Off-Broadway in the New York Theatre Workshop. Like “Friends,” it focused on the growing pains of young New York City transplants. Unlike “Friends,” however, the ensemble cast features addicts, bisexuals and a host of characters ravaged by the effects of AIDS. All “Friends” comparisons aside, it really is difficult to overstate this play’s cultural impact. Beyond humanizing those afflicted with AIDS, “Rent” also unabashedly and gloriously celebrated life and art. Yes, it is a story mostly told through the eyes of the assumedly privileged Mark Cohen. But at least he has the guts to film the story.

Theo Ubique’s production of “Rent” is an amazing celebration of this great American rock opera. Scott Weinstein’s direction focuses on returning this larger-than-life musical back to its small-stage roots. The songs here are sung, never shouted, and the effect is the feeling of being enveloped by the music. The minimal staging is also a wise touch with Adam Veness’ scenic design offering up just the right amount of bulky phones and answering machines to remind you of the play’s late millennial setting. Even the dinner-theater vibe, with the actors serving drinks at intermission, reinforces the hungry-artist theme.

Standout performances include Aubrey McGrath who depicts Angel with a tremendous amount of humor and humanity. There is a lot of chemistry between McGrath and his onstage boyfriend Chuckie Benson, the latter’s mournful voice filling in the spaces left by Angel’s absence in the second act. Savannah Hoover, Matt Edmonds and Patrick Rooney all do well in their respective leading roles, and Courtney Jones makes for a wonderfully overdramatic and irresistible Maureen.

While pay phones and middle-class concerns over the spread of AIDS are largely a thing of the past, it will always be difficult to balance one’s pursuit of art against the ledger of responsibility. For some of us, it is as true at the age of forty as it was at twenty. We still pay the rent but dream of a time when we will not have to. (Noel Schecter)