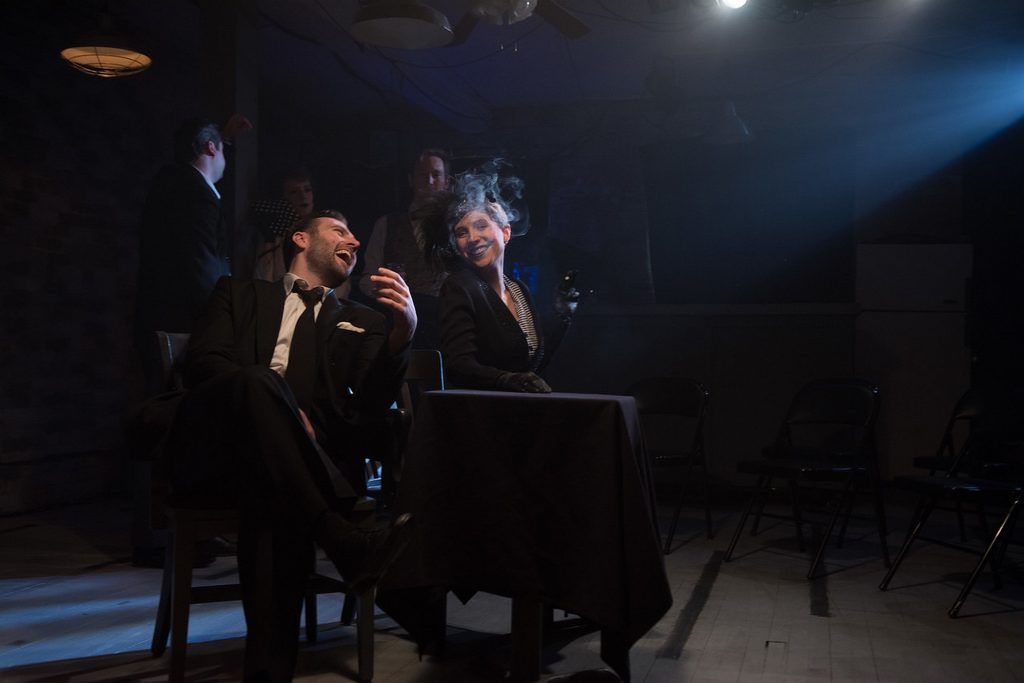 Film noir is a stubborn genre, one that refuses to ever go completely out of style. From “Breathless” to “Inherent Vice,” the best of modern noir tends to have at least one tongue discreetly planted in its cheek. Known for its frequent location changes, shadowy aesthetic and exposition-laden storytelling, you’d be forgiven for thinking that noir wouldn’t translate well to the stage. Enter: Strawdog’s Hugen Hall, a space whose modus operandi seems to be the challenging of what can and can’t be staged.

Hugen Hall’s final production, “D.O.A.” is a smooth-talking take on the 1950 film of the same name adapted and directed by Elizabeth Lovelady. Rather than proceed with the bleak seriousness that dates so many vintage noirs, Lovelady directs “D.O.A.” with a wink and a smirk. She nails the essential tropes—the acerbic wit, smoky atmosphere, bebop background, rugged dialects, misogyny masquerading as chivalry—and adds a touch of feminism in the form of a pair of lascivious femme fatales and a heartbroken fiancée who takes matters into her own hands.

As is so often the case in noir, all aspects of “D.O.A.” fall in varying degrees of unbelievability. And yet, the play is all the better for the cheeky sincerity it brings to the proceedings. A thrifty set (Mike Mroch) means smooth transitions under the saturated cover of John Kelly’s lights. The well-rounded ensemble is outfitted with period-perfect costumes (Raquel Adorno) that you can practically smell the bourbon and cigarette smoke on.

Smart, slick, swift and sexy, “D.O.A.” captures what Strawdog does so well in Hugen Hall. As a space for highly creative small works that might have otherwise languished in the purgatory of endless workshops and rewrites, Hugen Hall provides an outlet that is necessary for keeping the medium fresh. Doubtless this will continue to be a priority as Strawdog moves into its next phase as a company. (Kevin Greene)